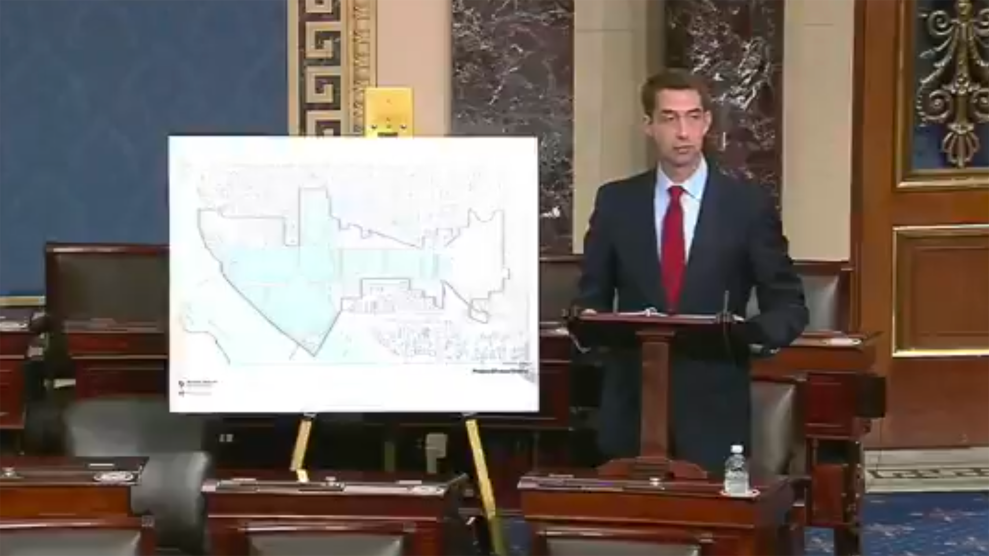 On Friday, the House of Representatives is set to pass a bill that would make Washington, DC, the 51st state. The District would change its name to Washington, Douglass Commonwealth; get two seats in the Senate and a voting member of the House; and, presumably, finally change those license plates. Support for statehood among Democrats has grown considerably since 1993, when 100 party members voted against it in the House. But the bill is still, at least until next year, a largely symbolic statement: It is expected to be a non-starter in the Republican-controlled Senate.

Currently, DC’s 700,000 residents have no representation in Congress (other than a single, non-voting delegate) and are subject to the political whims of whoever controls the federal government. Opponents of DC statehood have, quite often over the years, rolled out a set of by-the-book arguments to make the case for why the federal district ought to remain as it is. They suggest a constitutional amendment is needed to change its status, for instance, or that the Founders wanted the city to be its own thing. But on Thursday, Arkansas Republican Sen. Tom Cotton cut through the euphemism and simply laid out the nature of his opposition directly.

Cotton hit some of the familiar notes, posing the constitutional question and warning that statehood would present a security risk because many federal agencies would be based outside the small district that would remain under federal jurisdiction. (This does not seem to be a problem for the literal Pentagon, which is in Virginia.) He brought out an oversized map to show that the new state, and the tiny federal district alongside it, would be oddly shaped.

The core of Cotton’s argument, though, was about the people who live there. Although he conceded that the District has more residents than both Wyoming and Vermont, he argued that its economy and political leanings disqualified it from full representation. Its citizens, he suggested, were incapable of governing themselves responsibly and, in any case, did not deserve a voice in Congress because they hold jobs he considered illegitimate. Democrats were “committing an act of historical vandalism as grotesque as those committed by Jacobin mobs roaming our streets,” Cotton said.

It was a startlingly blunt assertion—that Washingtonians should be entitled to fewer rights because they are simply the wrong kind of people. There’s a reason why opponents prefer to hide behind legal constructs. But it’s an argument with a familiar history. Washington was, until recently, majority Black, and it still has a higher percentage of Black residents than any state. The contention that places with large non-white populations would be too inept—or would lack the proper values—to govern themselves and others has been used to block statehood and home rule repeatedly in the nation’s history.

Take New Mexico. It became a United States territory in 1848, after the Treaty of Guadalupe Hidalgo ended the Mexican War. New Mexico was floated for statehood in 1850. But it did not become a state until 1912, even as more sparsely populated western states (like Wyoming) jumped the line. Why the holdup? New Mexicans were just the wrong kind of people. Here’s how the University of New Mexico describes it:

Many historians have identified racism as a key factor in the delay. In 1848 when the Mexican North was ceded to the United States, New Mexico contained the highest Mexican population in the whole region. Because the population grew slowly in the state, it maintained a majority of Hispano and Native American residents into the twentieth century. The territorial government was designed to handle this multi-lingual and multi-cultural reality. The legal system, for example, provided Spanish interpreters and published all laws in both English and Spanish. Members of Congress and the American population at large worried that such a “foreign” people would not make good American citizens. Senator C.K. Davis of Minnesota suggested so in an 1892 letter. Many agreed that New Mexico would have to wait until the population of Protestant, English-speaking “Americans” grew higher.

And so they did. A similar dynamic played out with respect to Alaska and Hawaii following the Second World War. Although the moral case for statehood seemed clear, opponents believed that residents of those territories simply weren’t as worthy of statehood, by virtue of who they were. As Daniel Immerwahr writes in his 2019 book, How to Hide an Empire:

To accept Hawaiian and Alaskan statehood, mainland politicians would have to reconcile themselves to the prospect of states not firmly under white control. In 1898 the fear of nonwhite states had motivated the resistance to empire. Decades later, in a country governed by Jim Crow, it was still present. The former president of Columbia University and Nobel laureate Nicholas Murray Butler warned that admitting Hawai’i and Alaska to the union would “mark the beginning of the end of the United States as we have known it.’

Hawai’i, well-known for its mixing of Native, Asian, and European strains, seemed particularly threatening. “We do not want those people to help govern the country,” a Massachusetts newspaper put it baldly. “When future issues arise in the United States Senate, we do not want a situation where vital decisions may depend upon two half-breed senators.”

They were, like DC, geographically and demographically different than other states. So Hawaii and Alaska became a referendum, of sorts, on what kind of people deserved full citizenship. Immerwahr quotes the segregationist Sen. Strom Thurmond of South Carolina. There was an “‘impassible difference’ between Western civilization and Eastern ways. ‘East is East, and West is West, and never the twain shill meet,’ he admonished, quoting Kipling.”

This same dynamic has played out before over the fate of Washington, DC. For decades, the fight to give DC the power to govern itself—home rule—was blocked by southern Democrats in Congress, who viewed the measure (correctly) as an attempt to grant civil rights to residents of a largely Black city whom they did not believe should have such rights. Even some white home-rule supporters bought the premise—when the city got its first sort of intermediate form of home rule, Katherine Graham, publisher of the Washington Post, begged President Lyndon Johnson to appoint a white mayor. Johnson chose a black man, Walter Washington. A South Carolina congressman, whose committee had just lost much of its power over the city, sent him watermelons as a welcome gift.

Cotton’s opposition to statehood echoes the critics of the time. He is arguing not on some legal technicality, but on principle. The people of Washington, he insists, do not deserve and are not capable of handling the full responsibilities of citizenship. They do not deserve them because, as he explained, they do not have the right kind of culture. Wyoming, a place with two escalators and fewer than 8,000 Black residents, is a “well-rounded working-class state,” because it has both cattle and coal, Cotton said. But Washington, DC—a booming and diverse city with large education, government, military, service, and construction sectors—has no “vital industry” to speak of, he claimed. Its people should, in Cotton’s view, continue to be lesser citizens, because they have the wrong jobs. Cotton argued that DC was civically immature. Its residents could not handle the responsibilities statehood would demand of them. “Would you trust Mayor Bowser to keep Washington safe if she were given the powers of a governor?” he asked. “Would you trust Marion Barry?”

Bowser, as Cotton noted, does not like President Donald Trump. Polls show most Americans don’t—though it hardly seems relevant to a question of statehood. She has been mayor of Washington, DC, for five years and is not a particularly radical figure; there’s really not much of a reason for someone in Arkansas to feel too strongly about her. The main thing she has in common with Marion Barry, besides the fact that they are both Democrats, is that they are Black. Barry, a civil rights activist who was raised by sharecroppers in Mississippi, had a long and chaotic career that included getting arrested while smoking crack in a hotel room. It seems unlikely that he would become governor of the new state of Washington, because he is dead. Set aside the specifics, though, and he was a familiar figure—think James Michael Curley or Buddy Cianci or Huey Long or any of a long list of scandal-plagued but popular white patronage bosses who handed out jobs and greased palms. If a state’s existence were contingent on the soundness of its politicians, we would not have very many states—when Tom Cotton was growing up, his governor was convicted of mail fraud. Marion Barry alone became shorthand, a two-word retort that meant, in a manner of speaking, “See?”

Much of Cotton’s argument is couched in the idea of the “swamp”—the eternal fiction that the problem with Washington is the people who live there and not (as anyone who lives there will inform you) the people who are periodically sent there by voters in states that actually do have congressional representation. But he couldn’t resist invoking Bowser and Barry, and that scripted dig dispatched with the facade. At the end of the day, this is an age-old story about citizenship and cities, about what kinds of things make you fully American and what kinds of things don’t. It’s no more high-minded than when the president Cotton supports calls Baltimore a “rodent-infested mess” or asks why anyone would want to live in Oakland. If you put aside his fancy map and historical trivia, Cotton is pointing at a place and a group of people and saying, Really? Them? He is hardly the first. He won’t be the last.