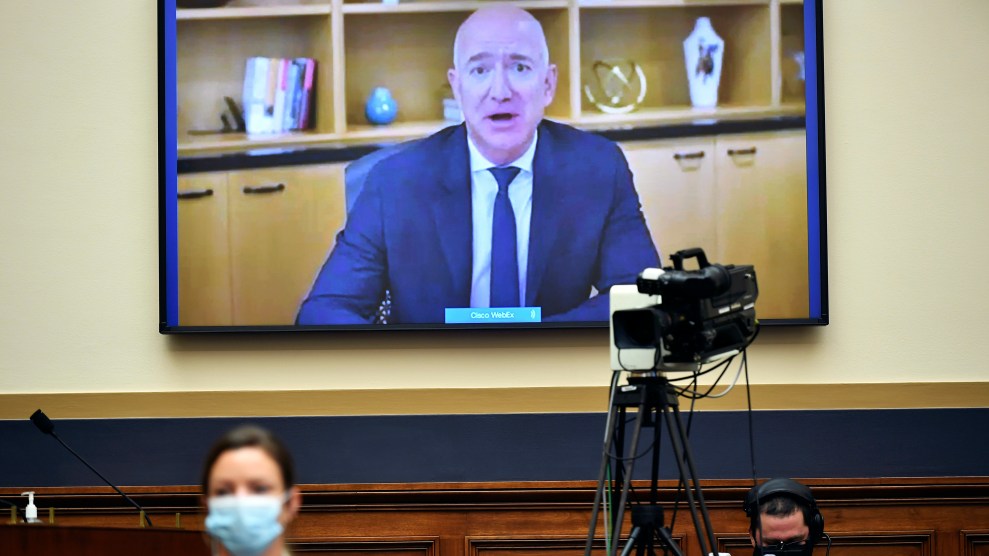 Big tech companies love to say how, no matter how much the little guy criticizes their actions, the time and resources that users spend on their products show that people still love them.

The relationships between the companies and users aren’t as good as the platforms want people to believe.

In April of last year, Google CEO Eric Schmidt pushed back on the idea that people were growing frustrated with big tech, saying that “all the studies I’ve [seen] indicated that people really like our products…We know that because they use them more and more and more.” This, of course, is something like bragging about how people love going to the DMV because there’s always a long line to get in. There’s a simple reason for both institutions’ popularity: Like the DMV, to get the basics of what you need for modern life, Google is the only option.

Regardless, this kind of refrain is common among the leaders of big tech companies and was on full display during Wednesday’s hearing of the House Judiciary Committee, in which the CEOs of Apple, Amazon, Facebook, and Google answered a range of questions, including many related to the companies’ competitive practices and anti-trust profiles. The hearing pulled the mask off such all-is-well sentiments, demonstrating the relationships between the companies and their users aren’t as good as the platforms want people to believe.

This came through during an exchange between Amazon CEO’s Jeff Bezos and Rep. David Cicilline (D-R.I.), when Bezos boasted about all the merchants who choose his company’s services—a version of something that he and his Amazon colleagues have said many times before. “I believe that there a lot of options for small sellers. I believe that Amazon is a great one. We’ve worked very hard. I think we are the best one,” the Amazon CEO said.

Cicilline replied that he had heard from small businesses that they feel they have no choice but to work with the online giant. “We’ve heard again and again from third-party sellers that Amazon is the only game in town,” Cicilline said, recalling what one entrepreneur told him: “We’re stuck. We don’t have a choice to sell but to sell through Amazon.” He relayed that another small business owner had said “they’ve never been a great partner but we have to work with them.”

A similar exchange took place between Facebook CEO Mark Zuckerberg and Rep. Pramila Jayapal (D-Wash.) about the company’s acquisition of Instagram. In a 2012 email discussing the then potential acquisition, Zuckerberg wrote “I think this is a good outcome for everyone.”

Documents from the Hearing on “Online Platforms and Market Power: Examining the Dominance of Amazon, Apple, Facebook and Google" pic.twitter.com/WyZFapAE29

Jayapal revealed documents that showed that it was unclear if one of Instagram’s co-founders, Kevin Systrom, actually thought the outcome would be good “for everyone.” Instead, Jayapal read emails detailing how Systrom, at the time Facebook was attempting the purchase, was afraid that if he didn’t agree to the sale, Facebook would go into “destroy mode” and try to crush his product with a new app. “Facebook cloned a popular product, approached the company you identified as a competitive threat, and told them that if they didn’t let you buy them up, there would be consequences,” Jayapal summarized.

These exchanges with Zuckerberg and Bezos focus on vastly different business relationships but have the same motif running through them: a massive company taking advantage of its size to force smaller businesses to capitulate.

The mutually beneficial relationships that technology companies love to tout might look like normal customer or business agreements, but they can be coercive arrangements in which the weaker party had few to no other options. At a certain point, that kind of dynamic starts looking a little like a monopoly.