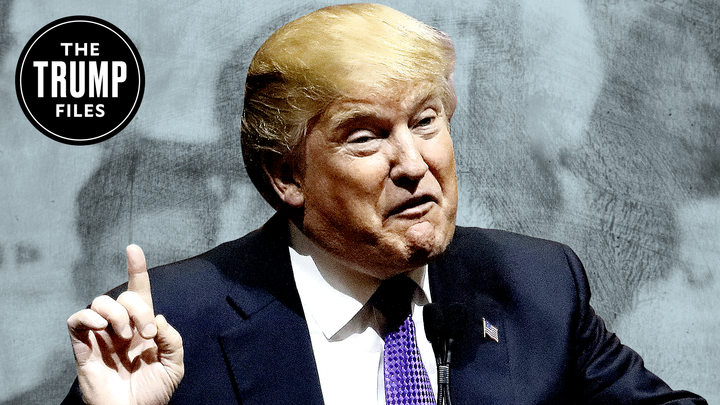 In 1981, Donald Trump was facing a dilemma. He had purchased a series of elegant but old buildings overlooking Central Park in New York, hoping to quickly demolish them and erect new, glitzy replacements where he could charge sky-high rent. But one of them, 100 Central Park South, was filled with tenants who had no interest in giving up their rent-controlled apartments, and Trump was having a hard time convincing them to leave.

The problem was of his own making. “I didn’t fully understand until much later…that it’s almost impossible to legally vacate a building filled with rent-controlled and rent-stabilized apartments,” he noted in his 1987 bestseller, The Art of the Deal. But that didn’t mean he didn’t try. He sent eviction notices and cut off heat, hot water, and other services, according to lawsuits filed against him. None of that worked, so he tested another solution.

“By the summer of 1982—about a year after I took over the building—the problem of the homeless in New York was beginning to get a lot of attention,” he recalled in the book. “One morning, after passing several homeless people sleeping on benches in Central Park, I got an idea. I had more than a dozen vacant apartments at 100 Central Park South. Because I still planned to demolish the building, I had no intention of filling the apartments with permanent tenants. Why not, I thought, offer them to the city for use by the homeless, on a temporary basis?”

It was a generous, selfless offer, according to Trump—and it didn’t hurt that the scheme allowed him to stick it to the intransigent tenants, whom he dismissed as “multimillionaires living in rent-controlled apartments.” As he put it, “I’m not going to pretend that it bothered me to imagine the very wealthy tenants of 100 Central Park South having to live alongside people less fortunate than themselves for a while.” But many of the tenants weren’t wealthy. A large chunk of the residents were “people living on fixed incomes, such as Social Security checks, who have made their homes there for 20 years or more,” as the New York Times’s Sydney Schanberg reported.

The city rejected Trump’s offer to turn the building into what Schanberg jokingly called the “Trump Chateau for the Indigent.” “I’m left with an uncomfortable feeling and therefore am not pursuing it,” said Robert Trobe, then a deputy administrator at the city’s Human Resources Administration.

Trump’s offer didn’t extend to others in need. When Polish refugees came calling in desperate need of housing in 1983, Trump refused to let them take the same empty units. “We were talking about people who live in America now—not refugees,” his secretary told Schanberg. “I don’t think this is something he would consider.”