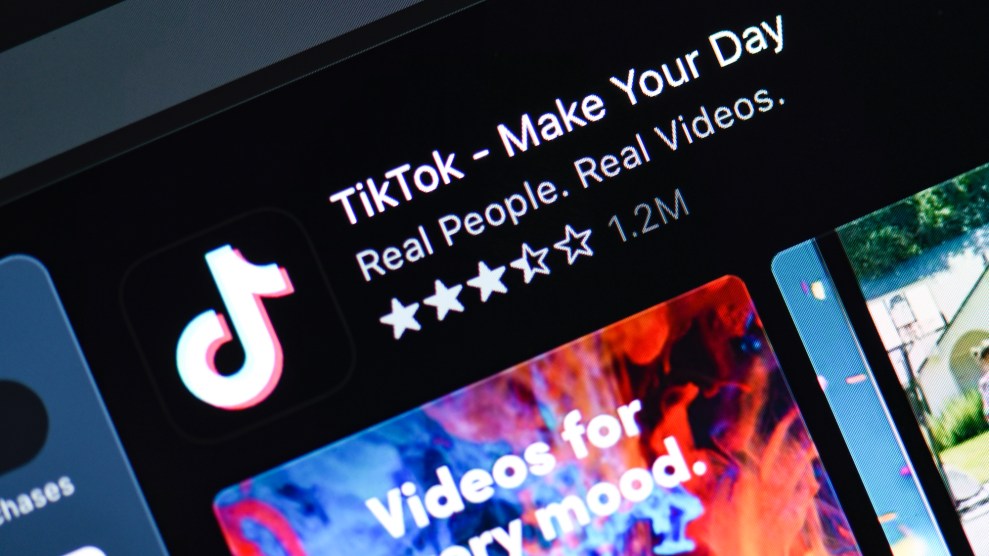 The latest target in the Trump administration’s escalating tensions with China is TikTok, the wildly popular music-video app with 2 billion downloads worldwide and a 165 million in the United States.

“As far as TikTok is concerned, we’re banning them from the United States,” President Donald Trump told reporters on Air Force One on his way back from Tampa on Friday. “Soon, immediately. I mean essentially immediately.” Trump said he would sign an order Saturday. He claimed, “I have that authority,” with the administration pointing to the president’s powers to ban foreign apps from American app stores granted by the International Emergency Economic Powers Act.

The United States and China have engaged in ever-increasing diplomatic and economic clashes that’s only grown more tense over the course of the pandemic, as Trump has sought to blame China for the skyrocketing 156,000 American death toll from coronavirus, constantly calling it the “China virus” in his remarks. For months, the Trump administration has claimed that TikTok, a Chinese-owned company, is a threat to national security because it could be susceptible to censorship and breaches of data privacy by Chinese officials.

Congress in 2018 increased the powers of the Committee on Foreign Investment in the United States, whose members include the secretaries of State, Defense, and Homeland Security, led by Secretary of Treasury Steven Mnuchin. Since November, the committee has investigated the app’s parent company for its 2017 purchase of Musical.ly, which later became TikTok. With Microsoft now reportedly in talks to buy TikTok’s US operations, Trump suggested Friday that a Microsoft stake wouldn’t change his decision to block the social media platform.

A TikTok spokesperson responded to Trump’s remarks on Friday: “TikTok US user data is stored in the US, with strict controls on employee access. TikTok’s biggest investors come from the US. We are committed to protecting our users’ privacy and safety.” India has already blocked TikTok after a border dispute with China, and Australia is considering its own ban.

The president has another reason to dislike TikTok. In June, Trump held a rally in Tulsa, in spite of public health experts’ warnings. (There was a subsequent spike in coronavirus cases there.) Before the rally, hundreds of K-pop fans and TikTok teens pranked the campaign by registering for the free tickets, with no intention of showing up. When the campaign could only fill a fraction of the 19,000-seat stadium in a Republican stronghold, the TikTok teens claimed victory: “best senior prank ever.”

Trump was furious that there were so many empty seats, and, quite possibly, resentful that TikTok teens had outsmarted his campaign.

tiktok’s us general manager vanessa pappas posted a tiktok this morning thanking everyone for their support, discussing the company’s future plans, and saying “we’re not planning on going anywhere” pic.twitter.com/L4KIpp8avN