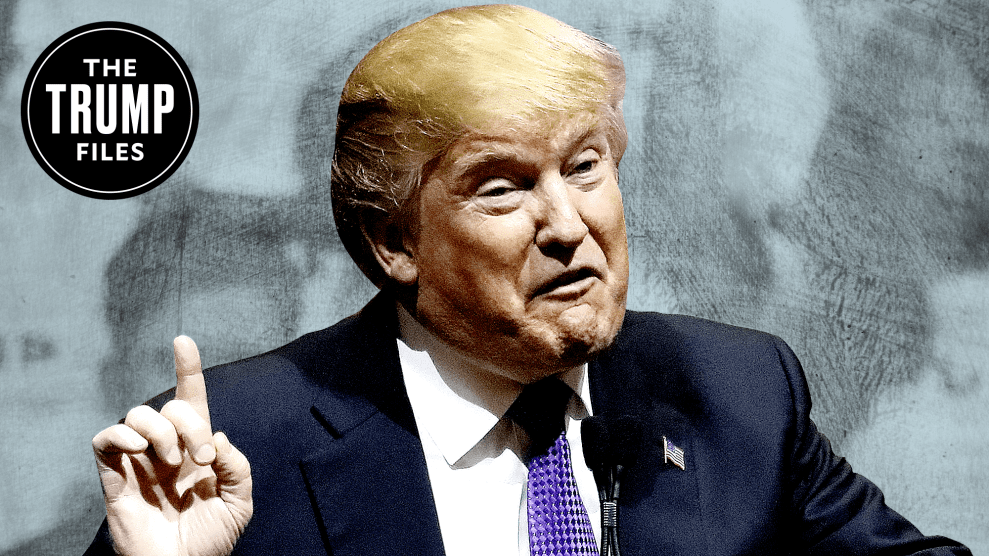 This post was originally published as part of “The Trump Files“—a collection of telling episodes, strange but true stories, and curious scenes from the life of our current president—on July 11, 2016.

Donald Trump was a relatively small player in the New York real estate world in 1975, but the Commodore Hotel promised to put him in the big leagues. The area around the famous old hotel next to Grand Central Station was decrepit, but Trump saw a rare (and cheap) opportunity to remake the famous property and bring new business to Manhattan’s then-seedy Midtown.

The mayor at the time was Abe Beame, a Brooklyn politician who was close to Trump’s father, Fred. In talking to one of the men responsible for selling the Commodore, Beame described his relationship to the Trumps in simple terms. “Whatever my friends Fred and Donald want in this town, they get,” the mayor said, according to journalist Michael D’Antonio’s recent Trump biography, Never Enough. What Trump wanted was an option to develop the site of the hotel and an unprecedented 40-year tax abatement from the city. He got them—but not without an act of deception.

Trump had the political connections, but he didn’t have much money on hand. He reached an option agreement with the bankrupt Penn Central, which owned the Commodore, but he couldn’t even cover the $250,000 he needed to secure it. Instead, he bluffed. He falsely announced to the press that the option was a done deal and tricked the city government with a paperwork sleight of hand.

“When city officials asked for a copy of his agreement with Penn Central, he sent them the paperwork, minus the signatures that would have made it binding,” D’Antonio wrote. “This omission either went unnoticed or no one cared about it, because the bureaucracy continued to move forward, as if the parties had signed, and Trump had actually paid.” On the strength of the faked option, Trump was able to convince the Hyatt hotel chain that he was a worthy partner with whom it could build a new Grand Hyatt hotel on the site of the Commodore.

The deception worked for Trump, but it may have cost New York City millions of dollars. The city had to forgo $4 million a year over the course of Trump’s 40-year tax break. Trump insisted no other investor would be interested in the property, yet at one point at least one other developer was willing to take on the Commodore while demanding less from the city. Penn Central couldn’t entertain other proposals because Trump was holding the option, even though “Trump still hadn’t paid the option and no papers had been signed,” D’Antonio reported. But investigative reporter Wayne Barrett reported in his book Trump: The Greatest Show on Earth that according to Michael Bailkin, a City Hall official at the time, “no other party had been given an opportunity to submit a bid on the project.”

By the time Trump started knocking down the Commodore in May 1978, D’Antonio pointed out in his book, the supposed Midtown rescue project was barely necessary. Other developments in the neighborhood were already resurrecting the area. “The Chrysler Building was undergoing a $23 million restoration…Mobil and Pan Am each bought the buildings where they were primary tenants, and major work has begun on seven other sites within a few blocks of Grand Central,” D’Antonio wrote. “None of these projects had involved special help from state agencies or tax breaks from the city.”