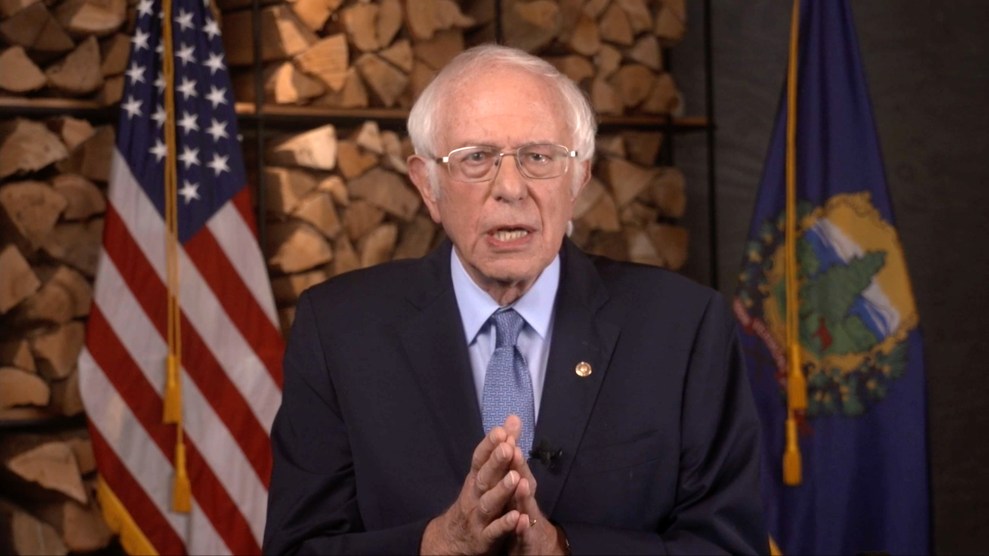 Sen. Bernie Sanders (I-VT) set aside the ambitious progressive policies that animated his two presidential candidacies on Thursday to warn the country about something more basic: that America faces an existential threat. President Donald Trump’s increasingly bold rhetoric about not counting ballots and refusing to promise a peaceful transition of power have convinced Sanders that future of American democracy is on the line this November.

The prospect that this election is fundamentally different from all that preceded it has become an increasing part of the conversation in recent weeks among academics, journalists, and political strategists. The more Trump insists that mail-in ballots will be a source of fraud, refuses to say he will accept the outcome and urges his supporters to take it upon themselves to watch the polls and prevent supposed fraud, the more the threat emerges. This week in the Atlantic, Barton Gellman reported that that Trump’s campaign and prominent state-level Republicans are planning ways to ignore the will of the people and have state legislatures select pro-Trump electors. In Slate, election law expert Rick Hasen, known as an even-keeled nonpartisan, wrote that “I’ve never been more worried about American democracy than I am right now.”

Sanders is not newly fearful. Last month, at the Democratic National Convention, Sanders similarly warned that our system of government itself is at stake. “At its most basic, this election is about preserving our democracy,” he said then. “Under this administration, authoritarianism has taken root in country.” On Thursday, Sanders made the urgency of this message clear. With this speech, he not only signaled his concern, but put himself forward as the ambassador for these fears. By bridging between the wonks on Twitter and the voters, and using his own popularity among the party’s left to ring alarm bells, Sanders is setting himself up to hold those in power accountable with—he hopes—a mass of Americans mobilized behind him.

Sanders laid out Trump’s own strategy for subverting the election—a strategy that is not really secret, but in fact a public campaign regularly messaged by the president: make it harder for people to vote, use false claims of fraud to dismiss unfavorable results, and create an aura of illegitimacy over the process that can be exploited to remain in power. Sanders offered a dark summation of Trump’s view of the 2020 contest: “Heads I win, tails you lose.”

To explain, Sanders laid out a feared scenario wherein Trump wins the in-person vote on election night and declares victory before mail-in ballots, cast disproportionately by Democrats, can be counted. The president then claims mail-in ballots are somehow fraudulent and calls for them not to be counted. Allied state legislatures then side with Trump by picking electors to the Electoral College that defy the will of the state’s voters. The gambit is aided by Trump rushing a Supreme Court nomination to replace Justice Ruth Bader Ginsburg with a goal of ensuring, should the election end up before the high court, it will go his way. This, Sanders warned, is an “unprecedented moment.”

“Too many people have fought and died to defend American democracy.”

Sanders is an influential figure on the left, but he went out of his way to demonstrate that he was not playing an ideological game by quoting Ronald Reagan along with prominent living Republicans who have criticized Trump’s anti-democratic instincts to bring home the point that his fear is not a partisan fever dream.

Sanders ended by urging action on the part of Congress, state-level officials, social media companies, and the media to prevent Trump from usurping the election. But Sanders, who based his own campaigns on the hope for a groundswell of grassroots support, seemed to put more faith in steps average voters could take to ensure a peaceful transition of power.

“Too many people have fought and died to defend American democracy and you are not going to destroy it,” Sanders said, adressing Trump. “The American people will not allow that to happen.” Making sure he’s right is Sanders’ new mission.