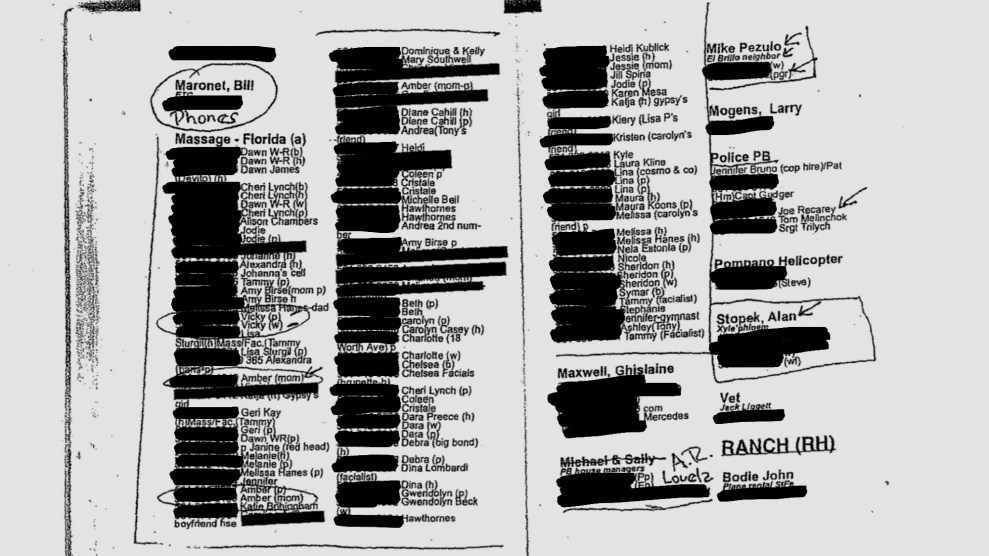 Two pages from Epstein's black book, aka the "Holy Grail."

Doug Band, longtime adviser to Bill Clinton: Called a number listed as his home number, which wound up being his childhood home. Spoke to his dad for five minutes. Seemed like a decent guy. “Doug hasn’t lived here for 30 years!” All right, man, take care!

Jimmy Cayne, former CEO of Bear Stearns: Wife answered the phone. When asked about Epstein and Cayne’s relationship, she said, “Yes, they were friends, but we have no comment.”

Edward Razek, former chief marketing officer for L Brands: “I can’t talk about any of that. Our business has requested no interviews.”

Rupert Murdoch, executive chairman of News Corp: His assistant gave me Hope Hicks’ cellphone number after I asked for it. Hicks has not returned any of my calls.

Princess Firyal, Jordanian philanthropist: Called home number. Doorman answered. I asked for a “Ms. Free-yahl,” completely butchering the pronunciation. Doorman was confused so I said “the princess,” and he immediately told me where she was and who she was with.

Peter Roth, chairman and CEO of Warner Brothers: Listed cell number went to his son’s phone. “Yeah, I don’t really wanna talk about any of this,” his son said. “I don’t wanna be anywhere near this whole Jeffrey Epstein thing.”

Jamie Grant, global chairman of investment banking, JP Morgan: Listed cell number also went to his son, who told me his dad didn’t know Epstein or Ghislaine Maxwell. “It’s sort of, like, the New York city business world….I would say Jeffrey Epstein is, like, a couple people removed from my Dad.”

Robert Meister, former chairman of Aon insurance and the man who introduced Epstein to Leslie Wexner: “He’s a sicko, bye-bye!”

Kerry Kennedy, president of RFK Human Rights: Listed as an emergency contact for Robert F. Kennedy Jr. and Mary Kennedy and seemed very taken aback that I had forgotten Bobby—RFK Jr.’s father, that is—was dead. (I’d asked where he was.) I then asked her about Mary Kennedy, who I learned is also dead. Big yikes all around on this one! She also told me she used to sell photographs to Mother Jones in her younger days.

Merryl Tisch, former chancellor of the New York State Board of Regents and heir to the Loews Corporation: Me: “Hey, I’m doing a story on Jeffrey Epstein, I was wondering if you ever met the guy or interacted with him—”

Tisch: “I don’t know who you are. How did you get my number?

Tisch: “NO! This is ridiculous. Who are you—what’s your name?”

Me: “My name’s Leland. I’m doing a story for a magazine—”

Me: “Meryl and Jimmy were listed with an address and this number. You’re Tisch right, with a ‘c’? There’s a David Tisch listed as well. Don’t know if you’re related?” 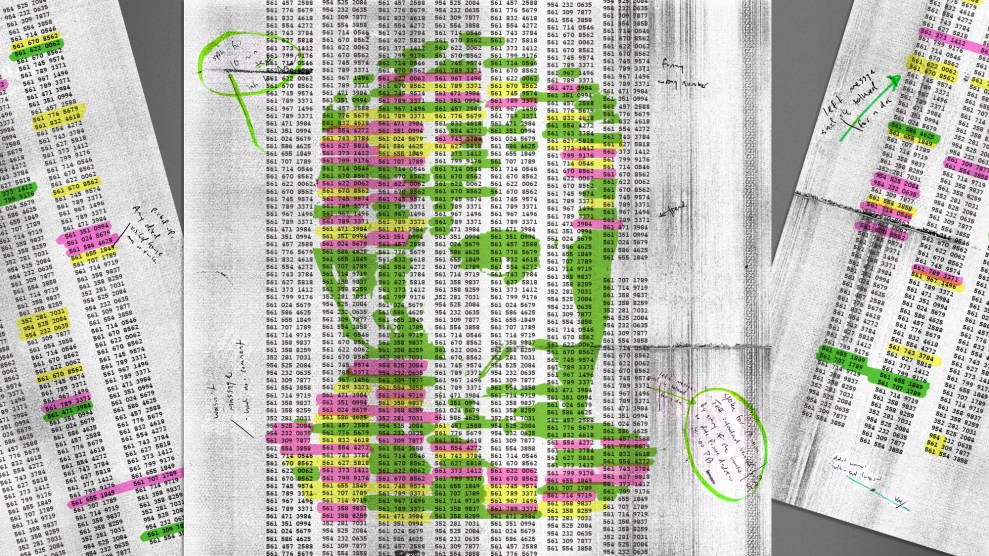 I Called Everyone in Jeffrey Epstein’s Little Black Book