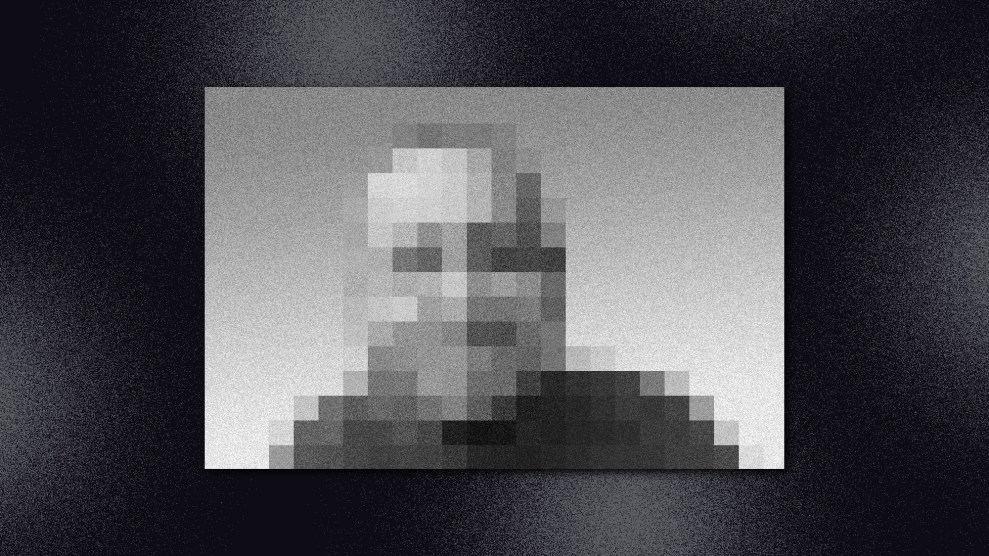 The Trump administration has made it nearly impossible for Mexicans and Central Americans fleeing violence and persecution to win asylum. Héctor (a pseudonym to protect him from retaliation) came to the border last year to ask for asylum and spent more than a year at an ICE facility in Louisiana before being deported. I spoke to him in September, when he was in Mexico attempting to sneak back across the border.

Héctor as told to Noah Lanard

I’m from a rural part of Honduras. My parents were coffee growers. I went to the police academy in 2015 and ended up working in investigations. While I was on duty one day, we went to look at a semi-trailer that had been abandoned on the highway. The decapitated body of the driver was later found nearby. We got surveillance footage and saw that three cars had been following his truck. One of them belonged to a police officer. Then we got footage showing two police officers using the victim’s credit card. One of the things they bought was a cellphone. We tapped it and heard them talking to other police officers. A superior told me to be careful.

My wife and I started getting threats after I turned in the preliminary results of the investigation. They started sending photos of my car and our apartment. They even sent photos of a new apartment that we moved into to hide from them. We fled about five days later and left our 8-year-old daughter with my dad.

After crossing the river, my wife and I turned ourselves in to request asylum. I spent 14 days sleeping on the floor in a temporary detention center in McAllen, Texas. My wife was there for about 20 days. It was hard. There’s wire mesh, a cement floor, and two toilets for up to 80 people. Sometimes, we took turns sleeping because there wasn’t enough space for all of us to lie down. They give you a frozen bologna sandwich and some juice. It gave me diarrhea, and I had to clean myself off with toilet paper. We couldn’t bathe. We couldn’t brush our teeth.

The virus hit all of us. I hid my fever from the nurses so that they didn’t send me to solitary.

My wife was moved to a detention center in San Antonio and was released after a month on a $1,500 bond. I ended up in the hell that is [a detention center in Louisiana]. I heard that it had been a prison until they converted it into an immigration detention center. When we got there in May 2019, the bunkers were dirty and smelled terrible. We’d been told that we’d get out on bond quickly. But when we talked to other people in the yard, they said we were going to be there for the long haul. We didn’t believe them, but that’s what happened.

It took three months for me to have my first court date. We’d take strips of plastic from garbage bags and braid them together to make bracelets and shoes to distract ourselves. Sometimes breakfast was served at 2 in the morning. Other times at 5. Nothing was normal.

The judge denied my bond because she said I was a flight risk, so I spent Christmas locked up. My final court date was in March. The judge told me that I’d only been threatened for a short period of time and that my boss had promised to help me. Because of that, she didn’t consider it persecution. The hearing was quick, maybe an hour and 40 minutes. After denying me asylum, she asked me if I wanted to do an appeal that would take six to eight months.

That was when the coronavirus hit. I said no because I couldn’t handle more time in detention. Many of us were sick. We had terrible headaches. Pain in our joints and bodies. Fevers. It was horrible. Horrible. They didn’t give us medicine. The virus hit all of us. I hid my fever from the nurses so that they didn’t send me to solitary. Instead, I did what they do in my hometown to fight fevers: drinking very bitter coffee without sugar. Without coronavirus, I would have appealed.

I spent three months waiting to be deported. I never imagined that I’d spend so long detained. There were people who’d committed crimes who got out on bond. We were abandoned.

After being deported, I spent just over two months at my dad’s house planning my return to the border. I slept in the living room to protect my family. I was thinking that, if the corrupt cops came to get me, they’d see me in front of the house and kill only me.

When we tried crossing a few days ago, the Border Patrol caught most of the people I was with. We had to run away from them, and I wound up sleeping in the mountains in Mexico, where a snake almost bit me. While we were coming back across the river, the water was up to our necks and one person nearly drowned.

The future is uncertain. I think four or five of us will cross again soon, and I’m a nervous wreck.

A week later, Héctor texted to say he’d made it across. He was on his way to reuniting with his wife. He’s now working in construction.