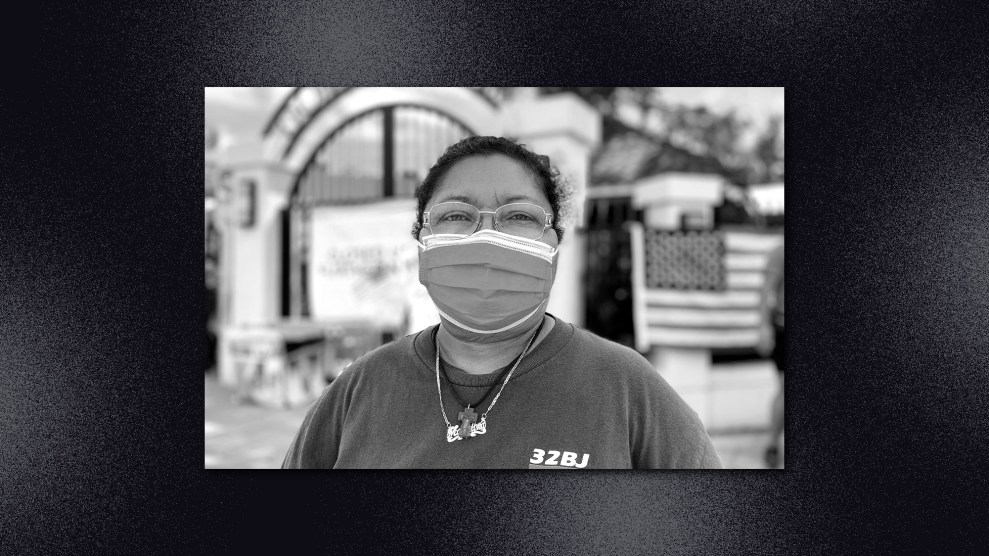 More than 350,000 people in the United States have temporary protected status, a program in which the US government offers relief to immigrants from certain countries who fled civil war, environmental disaster, or an epidemic to live and work here legally. Typically, TPS can be renewed every 18 months, and tens of thousands of people have renewed it multiple times over the last 30 years, planting roots and raising families here. But in his first year in office, President Trump ordered an end to TPS. After a court challenge, the administration said it would extend TPS through January 4, 2021, for the majority of TPS holders from El Salvador, Honduras, Haiti, Nepal, Nicaragua, and Sudan.

My family came fleeing the civil war in Nicaragua in 1979, because they served in the military and they had to seek refuge here in the United States. We saw this country as a defender of human rights, so we felt safe here.

Since I came to this country, I integrated and saw it as my second home. I haven’t gone back to Nicaragua once. I would feel like a foreigner there, and I wouldn’t feel safe, because I know that people who go back after living here so long are seen differently, and it could end really badly. My life is here; this is my community.

I work doing housekeeping at a university, cleaning offices, and I’m also a representative for our union, where we’re mostly Latinos. We work hard cleaning, especially in this pandemic. We’re keeping the university clean so that students can be safe. Every day, we face uncertainty and fear of getting the virus and passing it on to our families, but we’re considered essential workers.

Now President Trump is considering us disposable, and I don’t think that’s fair. We’ve given our lives to this country, and we should be recognized because we’ve worked legally and have contributed to the economy.

I used to live in peace, but since Trump took office I feel that at any moment they could take me away. I fear that they could just separate me from my family. Before Trump, I had safety. I knew that I had TPS and felt that my work was recognized. But the uncertainty now is terrible. One day he says one thing, the next day he says another.

I used to live in peace, but since Trump took office I feel that at any moment they could take me away.

Back in 2018, Trump said TPS was over—but then it was appealed and instead it got expanded by a year, which would mean it ends January 5, 2021. So all this uncertainty continued. Then, not that long ago, we were told that it was revoked again, but it’s being appealed again. All that keeps us unstable, because we don’t know what’s going on in the courts.

This year my brother, his wife, and I were thinking of buying a house together. I’m divorced, and I live with them, so we wanted to buy a house to live more comfortably. But with this situation, we didn’t do it because of this uncertainty that TPS might end in January.

Sometimes I watch the news and I see how disparagingly immigrants and Latinos are talked about, and I feel terrible. At the same time, I get strength because I know there are a lot of people who support us and who recognize the work we do. We’re not living here for free: We’re working, we’re contributing with our taxes and our culture. If we’re doing good here, why can’t we keep doing so in peace here? I’ll respect whoever the next president is, but the respect has to be mutual.