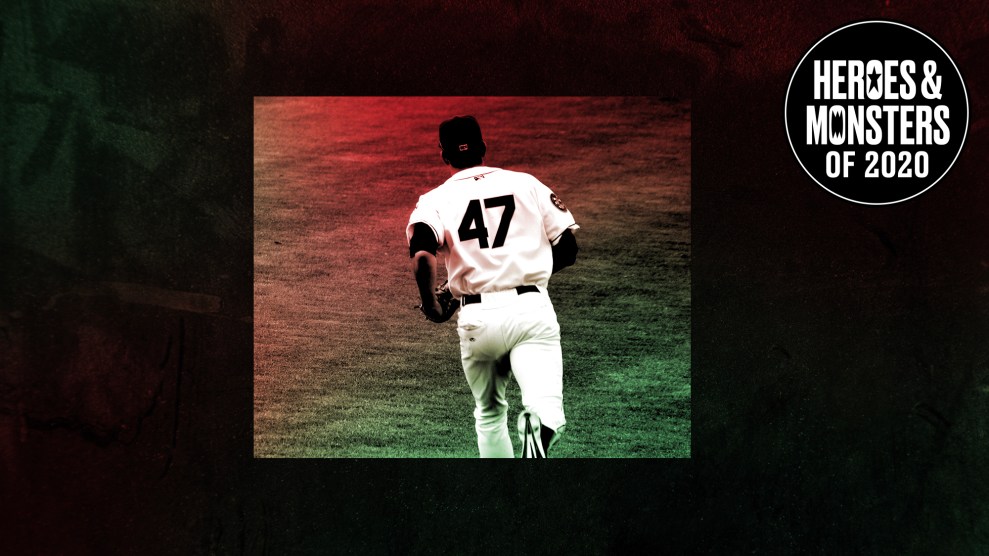 A few years back, I was at a minor league baseball game in Geneva, Illinois, watching the Kane County Cougars play the mighty Burlington Bees, when a player on the visiting side looked up from his folding chair in the bullpen and asked me how long it would take to get to Chicago from there.

At the time I found it amusing (this kid really called me “sir”). Ever since I’ve found it kind of affecting. At the lowest levels of the minors, a baseball game feels astonishingly intimate. Your grasp of what is happening—stripped of the histories and stakes that shape a big league matchup—feels smaller, but your sense of the people playing it is overloaded. You can sit along the third-base line, feet up on the dividing wall, and hear everything: the ambient noise of warmups; teenagers from Georgia and the Dominican trying out each others’ slang; the exultation and frustration. The veil of mystique that separates performers from fans often slips, if it’s there at all. I’ve seen players carry on conversations for innings at a time with total strangers.

The question about Chicago was the whole minor league experience, in a way. You’re somewhere in the exurbs, trying to make it to the city. Most people never will. I told him it was half an hour by car.

There will be 40 fewer minor leagues farm teams next year than there were in 2019. Those cutbacks hit hardest in the South and Midwest. West Virginia lost all four of its minor-league franchises. The entire Appalachian League got the boot. (It has been reconstituted as a summer league for unpaid college athletes.) The minor leagues—which rely on in-person interactions like concessions and ticket sales—were hit hard when the pandemic forced the cancellation of their 2020 seasons, but that’s not why these franchises got kicked to the curb. Plans to dramatically reduce the number of minor league franchises and players were in the works long before that, because Major League Baseball is filled with insufferable ghouls.

You don’t have to speculate about why big-league clubs decided to reduce their minor-league affiliates by 25 percent. They brag about it. In a 2019 piece at FiveThirtyEight titled “Do We Even Need Minor League Baseball?” baseball insiders argued that the minors were an inefficient way of grooming players to become major leaguers. There were more effective ways to, say, add velocity to a teenager’s fastball or improve a hitter’s launch angle than playing games—this kind of work could be done at closed-door facilities, and any time of year. And there were just so many minor leaguers. Why pay all those prospects, when only 10 percent of them will ever get to Chicago?

It should go without saying that one of the teams driving this movement—though by no means the only one—was the Houston Astros:

[T]he Houston Astros, a model of modern player development, bucked that trend a few years ago. After the 2017 season, they reduced their affiliate count from nine to seven clubs. The Astros believed they could become a more efficient producer of talent with fewer farm clubs.

Of course they did. At the time, the Astros were being feted as baseball’s new meritocrats. Their ex-McKinsey general manager reshaped the organization with a consultant’s eye that allowed them to win by being smarter. Then, just a few weeks after that story ran, we learned that they actually won their World Series with an elaborate (and in retrospect hilarious!) cheating scheme in which team personnel would bang on trash cans to indicate what pitch was coming next. It turns out “rules” are the ultimate inefficiency.

Paying lots of people to play baseball was a problem, in developmental and financial terms, to be solved by paying substantially fewer people to play less baseball, in substantially fewer places. It’s a testament to the almost religious levels of self-absorption among Major League owners and executives that they didn’t think (or perhaps just did not care) about just how awful it sounds to tell people, publicly, that baseball games are a wasteful byproduct of professional baseball, as opposed to the entire point of professional baseball.

Even as other sports produce better highlights or cooler players, baseball’s great asset is that it’s there. A game is a nice place to be, with friends or family, reasonably close to where you live. It’s a beer garden and a playground, a Hinge date, a happy hour, a place to go when you’re on the road and you don’t want to be alone. One turn-of-the-century Masshole called his saloon “Third Base,” because it was the last place you stop on your way home. The jargon’s changed but the spirit’s the same: It’s a kind of Third Place. Most people who go to these games will not particularly care if a pitcher throws 90 miles per hour instead of 93. They might not even be able to tell you what happened on the field at all. Getting rid of the ubiquity that’s sustained its popularity for 150 years gets sold as streamlining. It’s really just strip-mining.

I mourn the overhaul from the comfort of a city that still has three professional baseball teams. But, still, it hit us. In November, the New York Yankees cut ties with their Staten Island affiliate, as part of this huge and historic contraction in minor league baseball. Richmond Bank Ballpark on Staten Island, one of the best places to watch a baseball game in the United States, won’t have a team anymore.

This is a tragedy. The park is a five-minute walk from the ferry, and right on the water. If you sit in the right spot, you have a spectacular view of Lower Manhattan. Huge ocean-going ships pass just beyond the right field fence. The Staten Island Yankees of the short-season class-A New York–Penn League have played there since 1999. It is entry-level baseball; the players are talented but raw. The last time I was there I witnessed a game-winning pickle.

I find this crushing, as a baseball fan, but it’s not just a baseball story. By this point in the 21st century, you should know enough to run full speed away from people who talk about optimization—people who take over beloved institutions with little appreciation for what those institutions actually do, who talk about getting better by getting leaner, about rooting out inefficiencies and pivoting into a new “space.” These people buy newspapers and gut them. They buy your company and make you build a stage for the announcement where they lay you off. They take over the post office and, well, you know. As the pandemic blew up the global economy, those trends were only exacerbated. Governments might let crises go to waste but big businesses don’t. They use these moments to accelerate consolidation and remake industries. Most of America’s largest companies laid off employees during the pandemic even as they turned a profit.

What little leverage minor league franchises might have had disappeared with their 2020 seasons, although some, like the Staten Island Yankees, are pursuing their options in court. This month, after the realignment became official, the league offered a tepid helping hand to the franchises it had consigned to the scrap heap. Some of them will be absorbed into MLB-sanctioned summer leagues for college baseball players or “draft leagues” for players looking to showcase their wares for scouts—which is to say, they will be replacing rosters of low-paid workers with unpaid amateur volunteers. Others are abandoning the farm system entirely to try their luck in the independent leagues. Nearly two dozen franchises are still figuring out what, if anything, they’ll do next.

For years, baseball sold you a dream. In 2020, it snapped its fingers.