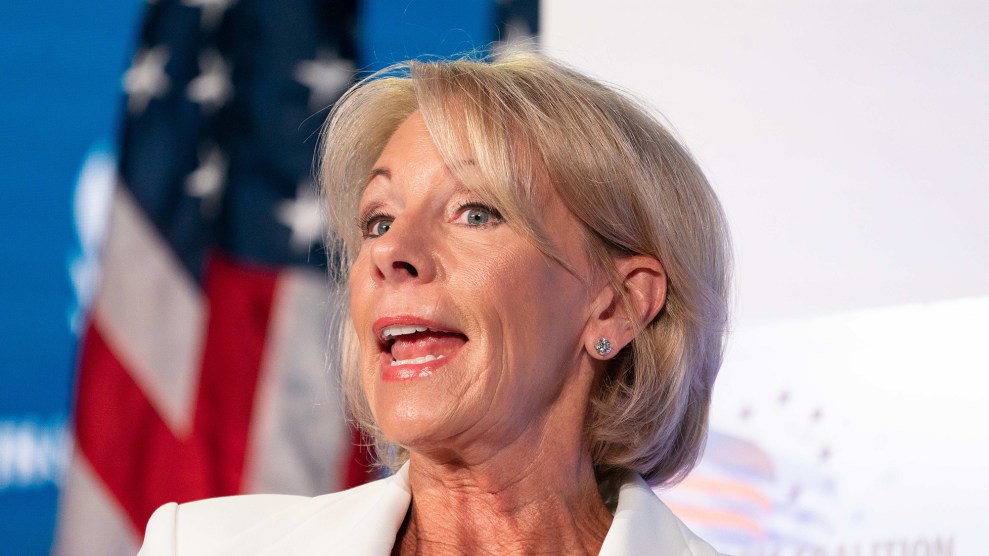 Donald Trump’s presidency has had plenty of low points, but none as low as the past week. With barely two weeks left, many of the president’s Cabinet members are distancing themselves or outright resigning. Twitter—the social media megaphone that he’s used for years to peddle conspiracy theories and incite hatred—has permanently suspended his account. And even his allies can’t defend his legacy as the only president in modern history to incite a riot against the US government.

So far, two Trump administration officials have resigned following the president’s incitement of an insurrection this week at the US Capitol Building. Education Secretary Betsy DeVos departed on Thursday, as did Transportation Secretary Elaine Chao.

“We should be highlighting and celebrating your administration’s many accomplishments on behalf of the American people,” DeVos wrote in her resignation letter, which was obtained by The New York Times. “Instead, we are left to clean up the mess caused by violent protesters overrunning the US Capitol in an attempt to undermine the people’s business.”

“That behavior was unconscionable for our country,” she added. “There is no mistaking the impact your rhetoric had on the situation, and it is the inflection point for me.”

White House Counsel Phil Cipollone is also considering resignation, according to a report from CNN.

Some of the most damning statements to come out in the media in recent days have been from people in the administration who have spoken to reporters anonymously. “There’s not a single person I have talked to at any level, from 23-year-old assistants to members of the Cabinet, who are not disgusted and ashamed with what has happened,” one senior administration official told New York magazine’s Olivia Nuzzi. An unnamed Republican strategist told Gabriel Sherman at Vanity Fair that “Trump doesn’t give a shit about anyone but himself.”

Of course, all of this comes after years of Republican leaders standing idly by while Trump used racist invectives and dog whistles to rile up his supporters. DeVos, a billionaire from Michigan, has been a conservative philanthropist for years and has ties to the Michigan Freedom Fund, which backed protests against Democratic Gov. Gretchen Whitmer’s shelter-in-place order as the coronavirus pandemic ravaged the state in the spring. Few Republicans have been willing to speak out against the president until this week. Former New Jersey Governor Chris Christie was one of the first big-name Republicans to endorse Trump in 2016 and, with some exceptions, served as a loyal surrogate until recently. But this week, Christie told the New York Times that Trump’s “conduct over the last eight weeks has been injurious to the country and incredibly harmful to the party.”

All of this underscores the identity crisis that’s plaguing the Republican Party as it moves into 2021. It lost the the House in 2018, then the presidency in 2020, and now the Senate. But it’s also got a loud and loyal base that still worships a lame-duck president who they view as a political martyr.