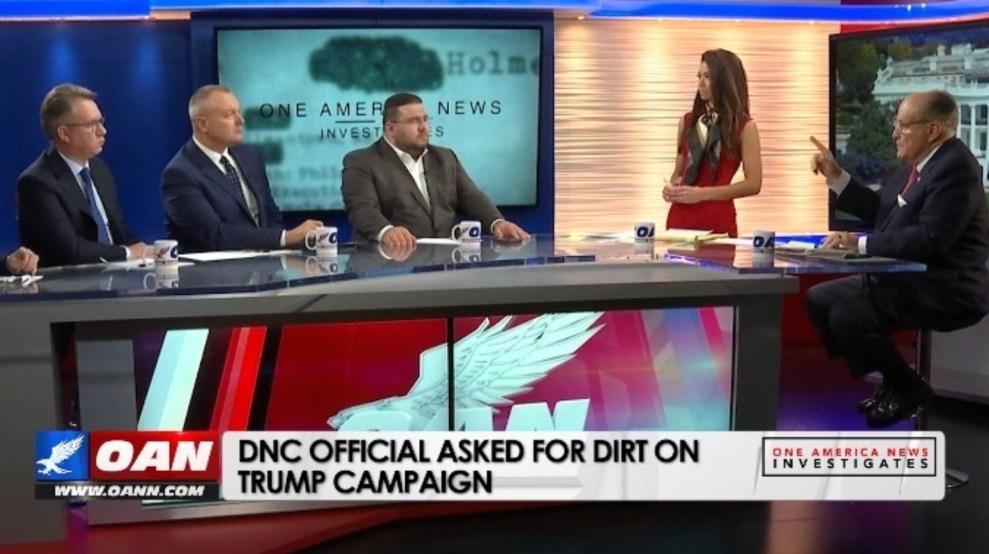 Rudy Giuliani is about to become the first presidential lawyer whose own actions helped lead to his client being impeached twice.

The House is moving toward impeaching Trump for inciting violence against the government of the United States at a rally in which Giuliani also called for “trial by combat,” and the New York State Bar association has indicated that it is investigating the former New York mayor for his actions. Meanwhile, the Treasury Department’s Office of Foreign Assets Control on Monday offered a reminder of Giuliani’s role in the Ukraine scandal that led to Trump’s 2019 impeachment, announcing that several Ukrainians who assisted Giuliani’s effort to dig up dirt on Joe Biden were “part of a Russia-linked foreign influence network” that tried “to influence the 2020 US Presidential election.”

Last September, Treasury announced sanctions against Andriy Derkach, a Ukrainian parliamentarian who supplied Giuliani with misleading information about Biden in an effort to smear the then-Democratic candidate. Treasury said that Derkach has been “an active Russian agent for over a decade.” Giuliani met in late 2019 with Derkach and other Ukrainians who pushed baseless allegations that Biden had acted improperly in 2016 when, as vice president, he joined an international push for the removal of Ukraine’s top prosecutor, Viktor Shokin, due to suspected corruption. Derkach later held press conferences in Kiev during which he played a series of secretly recorded tapes of Biden speaking by phone with former Ukrainian President Petro Poroshenko. Though the tapes did not reveal wrongdoing by Biden, Derkach claimed they bolstered Trump’s and Giuliani’s allegations about Biden.

In Monday’s announcement, Treasury sanctioned other Ukrainians who, it said, are “part of a Russia-linked foreign influence network associated with…Derkach”:

Former Ukrainian Government officials Konstantin Kulyk, Oleksandr Onyshchenko, Andriy Telizhenko, and current Ukraine Member of Parliament Oleksandr Dubinsky have publicly appeared or affiliated themselves with Derkach through the coordinated dissemination and promotion of fraudulent and unsubstantiated allegations involving a U.S. political candidate. They have made repeated public statements to advance disinformation narratives that U.S. government officials have engaged in corrupt dealings in Ukraine. These efforts are consistent with and in support of Derkach’s efforts, acting as an agent of the Russian intelligence services, to influence the 2020 U.S. Presidential election.

Giuliani interviewed Telizhenko and others during a series of segments aired by One American News Network that included various unsubstantiated claims about Biden and his son Hunter. OAN sought to get Onyshchenko a visa so he could also take part, the Daily Beast reported. Giuliani also reportedly met with Dubinsky and Kulyk.

Giuliani and Telizhenko did not respond to a requests for comment on Monday. Kulyk, Onyshchenko, and Dubinsky could not be reached.