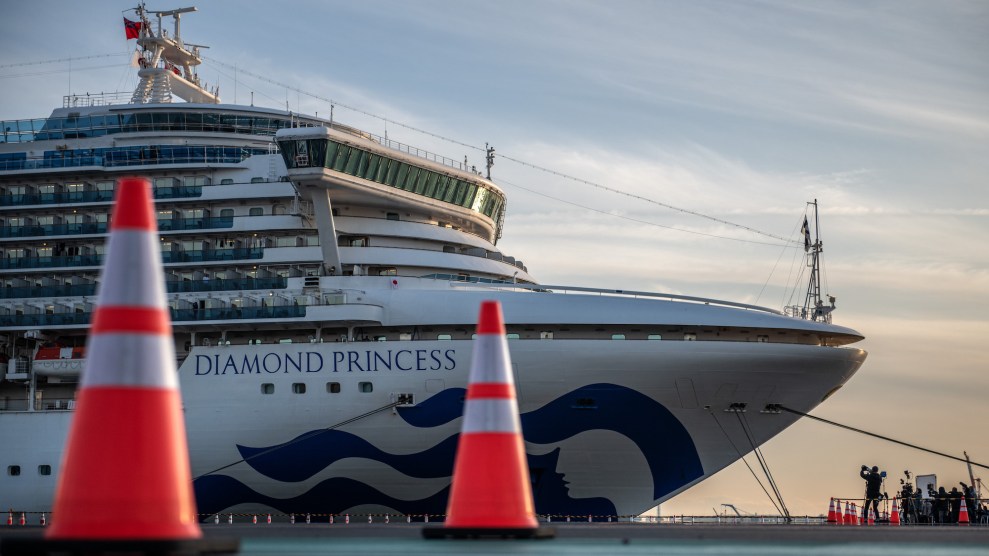 Fifteen months ago, the saga of the Diamond Princess showed the world how swiftly the coronavirus could spread in a confined space. Nearly 700 COVID infections were ultimately found onboard the cruise ship, which kept more than 3,600 passengers and crew in quarantine for weeks while anchored in a Japanese port. More than a dozen people died. By March 2020, all major cruise lines had announced temporary pauses in service as passengers cancelled their trips en masse, afraid of getting stuck on a “floating death trap.” That month, the CDC issued a “no-sail” order, effectively shutting down the industry.

But today, with new case counts down and vaccination rates climbing, the cruise ship titans are looking to make a comeback. And the best way to do it, the CDC instructed industry leaders, is to strongly encourage vaccines: If they can attest that at least 98 percent of their crew and 95 percent of their passengers are vaccinated, cruise lines can skip a time-consuming “test voyage” step in their reopening process. Last week, the first major cruise ship—the Celebrity Edge, owned by the Royal Caribbean Group—got approval to set sail from Fort Lauderdale, Florida, in late June with all crew and passengers over the age of 16 required to submit proof of full vaccination.

But there’s a big problem standing in the way of the cruise ship recovery: Florida Gov. Ron DeSantis, the Republican who rules the cruise-ship capital of the world and also happens to be a prospective 2024 presidential candidate. Earlier this month, DeSantis signed into law a state ban on “vaccine passports.” The law, which goes into effect July 1, imposes a $5,000 fine on a business for each customer it asks for proof of vaccination. DeSantis says he has no intention of allowing an exemption for cruise lines. “We are going to enforce Florida law,” he told reporters on Friday, according to the Orlando Sentinel. “I mean, we have Florida law. We have laws that protect the people and the privacy of our citizens, and we are going to enforce it. In fact, I have no choice but to enforce it.”

Florida, as it happens, also sued the CDC last month over the federal government’s ban on cruising, demanding that cruises resume immediately. Now, the state is fighting the very thing the CDC says needs to happen for cruises to restart safely. Lawyers involved in the suit are currently in mediation, according to the Washington Post, which reported on Friday that legal observers expect a resolution that could include a carve-out for cruises from the Florida law. But DeSantis’ comments may have thrown a curveball into those negotiations. Wendy Parmet, director of the Center for Health Policy and Law at Northeastern University, told the Post last week that the state’s argument was “amazing on so many levels,” given the federal government’s authority to regulate interstate commerce.
“The idea that the federal government in general doesn’t have the authority to set the conditions for cruise ships and that Florida somehow has more authority over who comes in and out of the ports, that’s really an odd one,” she said.