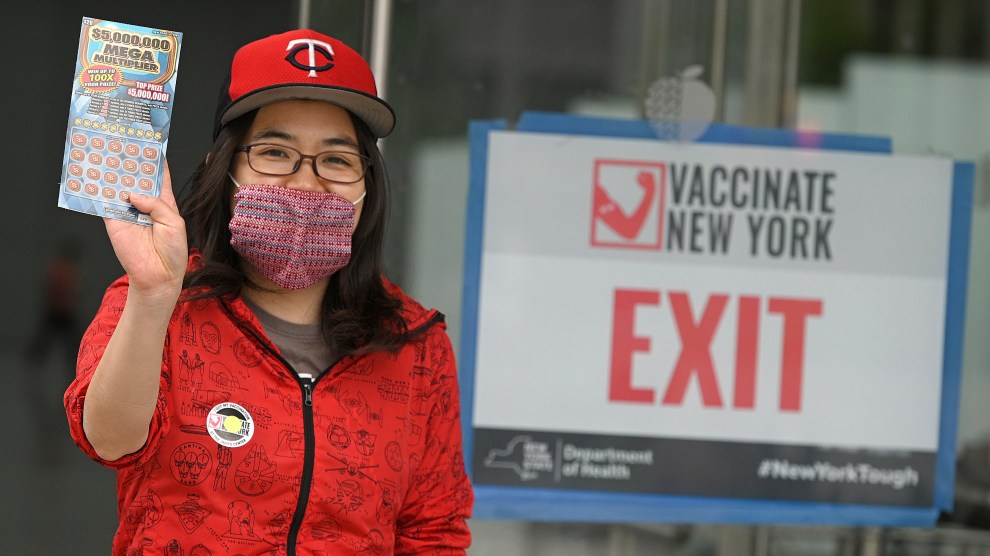 As COVID vaccination rates slow, cities and states are coming up with creative incentives to get hesitant residents vaccinated. But do these incentives actually work?

The answer depends on which populations the programs are targeting. Take New Jersey, whose governor’s office teamed up with the state Department of Health and various local breweries to offer a free beer to each resident who gets an initial vaccine dose during the month of May. Dan Bryan, a communications advisor for Gov. Phil Murphy, said this program, part of a reopening plan called Operation Jersey Summer, was aimed at young people who weren’t opposed to the vaccine but simply hadn’t gotten around to getting it yet.

It’s not clear how many of the folks who collected a beer after their shot were mainly motivated by the beverage.

Eric Orlando, executive director of the Brewers Guild of New Jersey, said some of the breweries, which donated their wares for the cause, handed out dozens of beers, while others comped up to 200. Yet it’s not clear how many of the folks who collected a beer with proof of vaccination were mainly motivated by the beverage.

Ohio is trying a more dramatic approach, allowing vaccinated adults to enter a series of five $1 million lotteries, while minors were eligible to win a full-ride college scholarship. The first of the prizes were announced Wednesday evening.

The Ohio Department of Health reports that vaccination rates among residents 16 and older jumped by 28 percent in the days following Gov. Mike DeWine’s announcement of the lottery incentive. Rates had declined by 25 percent during the week prior to the announcement, which suggests that the lure of a jackpot was effective in the short term. Oregon, New York, and Maryland have created similar programs.

Emily Largent, a bioethicist at the University of Pennsylvania who co-authored a paper on the problems with vaccine payments, said in an interview that lottery jackpots may not be the most efficient use of funds—small, guaranteed payments may be a better bet, in her view.

Last month, for example, West Virginia Gov. Jim Justice announced that vaccinated residents from 16 to 35 would each receive a $100 savings bond. The state hasn’t disclosed how many people have responded to the offer, but Largent thinks this is a solid strategy. “If people are not resistant at baseline to being vaccinated,” she said, “offering a guaranteed benefit is potentially a way of making the benefits of vaccination more immediate for them.” That’s likely the case for the more than 11,000 New Yorkers who were vaccinated at MTA stations in exchange for a week of free rides.

Largent’s paper cautions, however, against tying economic stimulus payments to vaccination status, because it “robs the act of moral significance” and “may be seen as unfairly taking advantage of those US residents who have lost jobs, experienced food and housing insecurity, or slipped into poverty during the pandemic.” She considers smaller rewards, like free food or even $100 payments, less ethically problematic.

It’s worth noting that states who have created vaccine incentive programs tend to be among those with higher vaccination uptake, in part because of partisan differences in the acceptance of vaccines.

Some adults are hesitant because they think the shots cost money or require proof of residency—or because they’re afraid of missing work due to side effects.

Many US adults, particularly Hispanics, are willing to be vaccinated but haven’t done so because they think the shots costs money or will require proof of residency—or simply because they’re afraid of missing work due to side effects, according to the Kaiser Family Foundation. This suggests that a simpler approach to getting people vaccinated could involve public health campaigns that target specific communities, and rules that compel employers to allow workers paid sick time to recover from any side effects—a measure President Biden has encouraged.

None of these tactics will work, of course, for people who are adamantly anti-vaccine, whether out of distrust for health authorities or a misunderstanding of vaccine science. “For them, there’s not a good fit between an incentive that’s financial in nature, and their concerns,” Largent told me.

“The image of the United States dangling incentives in front of people in an effort to get them to be vaccinated, with other countries desperately awaiting vaccines—I think there really is a moral failing there.”