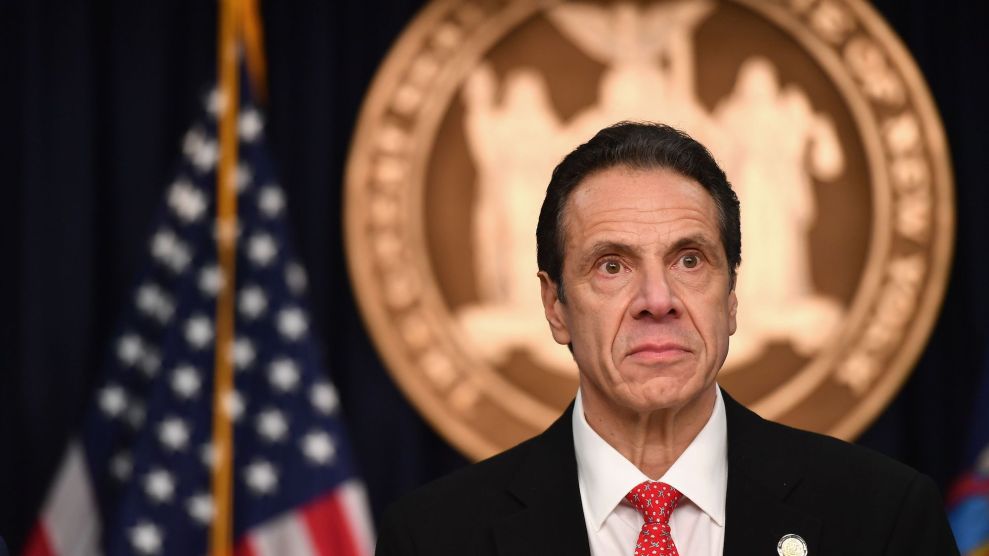 The first time Elizabeth Crothers tried to report being raped, she went to her workplace: the New York State Assembly. It was early 2001, and the man whom Crothers was accusing, Michael Boxley, was chief counsel to one of the most powerful men in Albany—Sheldon Silver, the longtime Assembly Speaker.

Crothers, then a 24-year-old aide to a state legislator, soon realized her complaint would go nowhere. Under Silver’s reign, “victims were just problems to be solved, to be gotten away with,” Crothers says now. The sexual harassment policy at the time, which was issued by Silver, allowed him to mete out discipline and resolve appeals. Before the investigation into Crothers’ complaint had even finished, Silver made a public statement that he had “utmost personal confidence” in Boxley and his innocence. Almost all her colleagues stopped talking to her, Crothers says. Shunned and losing hope, she agreed to end the inquiry.

The second time Crothers tried to report being raped, she went to the police department. There, she says, a detective was “very nice, and very realistic” about the difficulties of pursuing a criminal case against Boxley. The investigation could be lengthy. The DA might not even decide to file charges. Her private details could end up in the media. “She wasn’t trying to dissuade me, but she was straightforward,” Crothers remembers. “It would have taken up years of my life, and I was barely functioning. I probably weighed 80-something pounds, and I was like, ‘I’m not going to survive this.'” So she decided to walk away.

Two years after Crothers first reported him to the legislature, Boxley was arrested and charged with raping a second legislative staffer. He pleaded guilty to sexual misconduct. The second staffer also sued the Assembly and Silver for encouraging and enabling Boxley, in part because they had done so little to intervene after Crothers made her rape complaint. The state paid $500,000 to settle her lawsuit and agreed to update its harassment policy. But for Crothers herself, the window to file a lawsuit had passed, ending her chance to fight for legal accountability.

Now, 20 years later, the New York legislature is considering a bill to reopen that window for people, like Crothers, for whom the statute of limitations prevents them from pursuing a lawsuit. The Adult Survivors Act, currently pending in Albany, would give those survivors a one-year “lookback window” to sue their perpetrators, as well as institutions who were negligent in responding to the harm they experienced, in civil court.

“One thing that we see almost across the board is that it often takes people many years to come forward, if they come forward at all,” says Michael Polenberg, vice president of government affairs at Safe Horizon, a victim-support organization in New York City that has been advocating for the bill. Some survivors delay seeking help or pursuing accountability because they’re “too traumatized, too scared, because the person had power over their employment or their housing, maybe because of immigration status,” Polenberg explains. Others, he adds, did try make a report to the police or to a district attorney, but the criminal court system failed them. While sharing stories of assault is more common than ever since the MeToo era, many of the people opening up about experiences from their past can no longer seek justice through the courts.

Proponents of the Adult Survivors Act call it a logical follow-up to New York’s Child Victims Act, which opened a similar lookback window for victims of childhood sexual abuse. As I reported in 2019, the Child Victims Act had been stymied in the state legislature for 13 years by Republicans in the state Senate and pressure from the Catholic Church and insurance industry. It passed only after Democrats won control of the state Senate. After it finally passed in 2019, people who had experienced sexual abuse in childhood but had never pursued charges were given one year (later extended to two) to file civil complaints. To date, the measure has resulted in more than 5,000 sexual abuse lawsuits—the majority against institutions such as Boy Scouts of America, Catholic diocese, and Yeshiva University.

But the Adult Survivors Act is on the brink of failure. After passing in the Senate unanimously, the bill is stuck in the Assembly’s Judiciary Committee, where it’s been stalled since January. The Assembly has just a day left to pass the bill before the end of the legislative session. There’s no clear reason why the committee hasn’t moved the measure. Assembly Speaker Carl Heastie has been mum. Assemblymember Linda Rosenthal, one of the Adult Survivor Act’s sponsors, says in a statement she is “surprised that we do not have more information about the specific concerns or problems that are holding the bill back” and that backers “simply haven’t been given the opportunity” to address questions about the legislation.

One reason the Assembly might not like the Adult Survivors Act? It could pose a threat to the Assembly itself. Crothers, for example, is advocating for the bill as part of the Sexual Harassment Working Group—a collective of former legislative staffers who survived harassment or assault. Only once she had started her work on the bill did she realize that if it passes, she could bring a lawsuit against the Assembly for mishandling her case 20 years ago. (Silver, for his part, is now in prison on federal corruption charges.)

And then there are the nearly a dozen sexual harassment allegations and one claim of sexual assault against Democratic Gov. Andrew Cuomo. Lindsay Boylan, who accused Cuomo of sexual harassment and kissing her without consent, has publicly backed the Adult Survivors Act. It’s a matter of speculation whether the bill, if passed, would allow any of Cuomo’s accusers to sue him. But as one lawmaker told the Albany Times Union, the timing is “super awkward.” “Would the governor perceive passing legislation protecting survivors as a personal offense at him?” Crothers wonders. Meanwhile, the very Assembly Judiciary committee where the Adult Survivors Act is stalled is currently undertaking its own, slow investigation into the claims against Cuomo—raising the ire of the Sexual Harassment Working Group, who says it is providing “cover” for the governor.

On Friday, in an open letter, the working group accused Speaker Carl Heastie and Judiciary Committee chair Charles Lavine of slow-walking the Adult Survivors Act, pointing to a “20-year practice of protecting abusers and the institutions that shelter them” in the Assembly. “We are very familiar with the patterns of this chamber to block, delay, and run out the clock on survivors and the legislation that would protect them as a means of providing cover for serial abusers,” the collective wrote.

Yet not all victim advocates like the bill. Protect NY Kids activist Gary Greenberg helped pass the Child Victims Act two years ago, but was disappointed with its shortcomings: what he describes as favoritism for victims with claims against wealthy abusers or deep-pocketed institutions. “We have found that, if an abuser is not wealthy and your case does not involve a rich public or private institution, no lawyer will take your case to court,” Greenberg wrote in a letter to the editor of Syracuse.com last week. Greenberg is now advocating against the Adult Survivors Act in the hopes that a more equitable solution can be found.

Crothers isn’t surprised the legislation isn’t moving. “The Assembly doesn’t need help being dysfunctional,” she says. “It can do it without Cuomo, or with him.” Over the years, she’s pushed for accountability in her own case in smaller ways—filing a bar complaint against Boxley, supporting an unsuccessful primary challenger against Silver, and, after the MeToo movement, pushing for public hearings on sexual harassment in Albany with the rest of the Sexual Harassment Working Group. Now she wants the option to sue the Assembly if she chooses.

“In some ways,” she tells me, “I would love to do nothing more.”