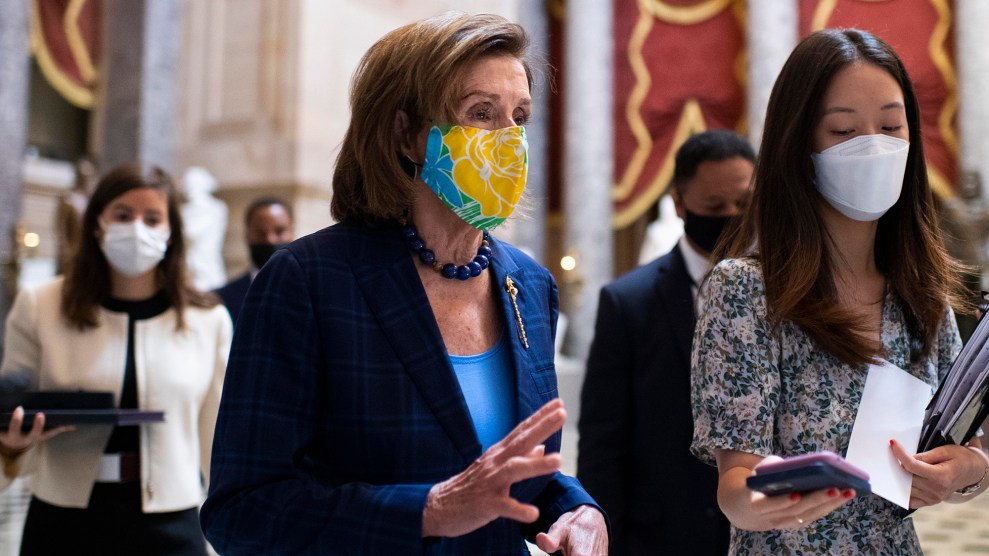 The federal eviction moratorium ends today, and housing rights advocates and tenants around the country worry that anywhere between hundreds of thousands and millions of people will be thrown onto the streets in the coming days and weeks. Congressional Democrats on Friday night attempted to pass an extension of the moratorium. Not only couldn’t they get any Republicans to sign on, but they couldn’t even persuade enough of their own members to hammer out a deal done before adjourning for a six-week summer recess.

“Some Democrats, privately, have tried to kill this bill because of special interests of realtors and other groups,” Rep. Ro Khanna (D-Calif.) told MSNBC late Friday. “It’s unconscionable that we don’t have a vote on the House floor, that we’re protecting some members to kill this behind closed doors, and that we aren’t being transparent. It’s just wrong.”

Khanna said that top Democrats, in fealty to those special interests, didn’t allow a full vote on a bill put forward by Rep. Maxine Waters (D-Calif.) that would have extended the moratorium through October 18. The path House Speaker Nancy Pelosi and other leaders chose Friday was through a procedure known as “unanimous consent.” This allowed for any one vote to block the measure—which a Republican member did—but also meant that Democrats who did not support the moratorium extension would be spared from saying so publicly. Prior to the television interview, Khanna tweeted that Pelosi wasn’t planning on a full vote “because some Democrats are opposed to it.” Those Democrats, he said “should have the guts to say so publicly instead of behind closed doors.”

Rep. Sara Jacobs (D-Calif.) similarly blasted Democrats who blocked action. “It’s unacceptable that millions of Americans will be at risk of eviction because a handful of members refused to do the right thing and extend this moratorium,” she tweeted late Friday.

Pelosi—along with Majority Leader Steny Hoyer (D-Md.) and Majority Whip James Clyburn (D-S.C.)—blamed Republicans after the failed effort, and also pointed to the billions of dollars in undistributed aid to state and local officials for rent relief, calling on “governors and local officials to take whatever steps are necessary to distribute the rental assistance that Congress already allocated.” Democrats, Pelosi among them, also blame the Biden administration’s lack of urgency in getting a plan in place, the Washington Post reported Friday.  On Thursday, Rep. Alexandria Ocasio-Cortez (D-N.Y.) said the White House had “absolutely not” done enough to prevent this scenario and called its handling of the moratorium “quite shameful.”

President Biden would have supported another extension of the moratorium via the CDC, which had imposed the earlier extensions dating back to September 2020, said White House Press Secretary Jen Psaki. But a recent Supreme Court ruling made that path “no longer available,” and therefore it was up to Congress to pass legislation and also on the states to distribute the aid that had already been allocated.

Pelosi’s decision came after Rep. Cori Bush (D-Mo.) wrote a letter to her colleagues urging them to “do everything possible to protect the nearly 6.2 million households at risk” of eviction. Bush, who herself has formerly been unhoused, told her colleagues that she’d been evicted three times and knows “what it’s like to be forced to live in my care with my two children. Now that I am a member of Congress, I refuse to stand by while millions of people are vulnerable to experiencing the same trauma that I did.” After the effort fell through, Bush tweeted that “many” of her fellow Democrats “failed to meet this moment,” and invited them to sleep on the steps of the US Capitol to rally support for an extension.

Many of my Democratic colleagues chose to go on vacation early today rather than staying to vote to keep people in their homes.

I’ll be sleeping outside the Capitol tonight. We’ve still got work to do. pic.twitter.com/9l52lWBM73

We could have extended it yesterday, but some Democrats went on vacation instead.

We slept at the Capitol last night to ask them to come back and do their jobs.