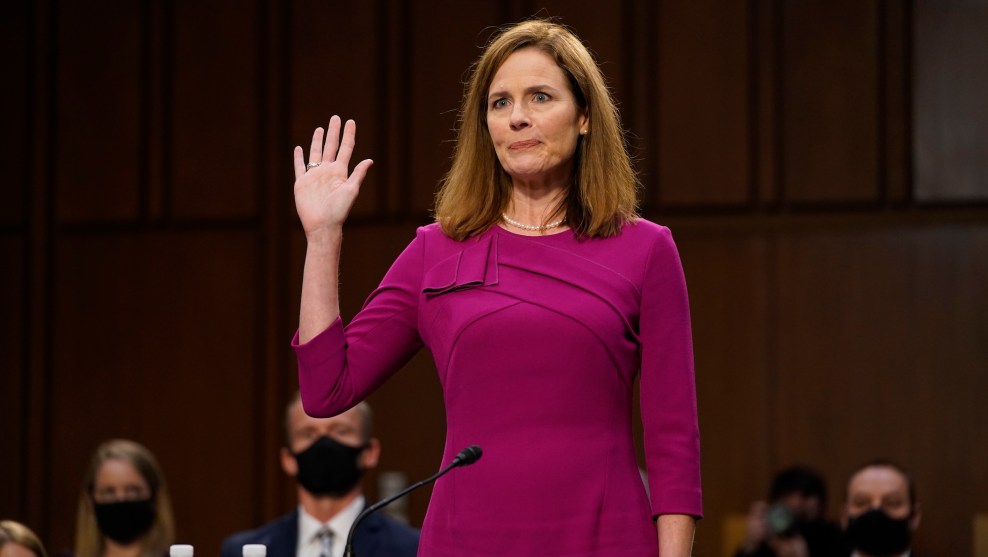 On Thursday, the state of Mississippi filed a brief urging the Supreme Court to strike down Roe v. Wade—the landmark decision establishing a constitutional right to an abortion—and uphold the state’s ban on abortion after 15 weeks of pregnancy. The Court will hear the case in the fall. And it escalates a string of legal challenges reaching the Court as states move to restrict abortion access.

“This Court should overrule Roe and Casey,” said the brief, referring to the 1973 ruling and another case Planned Parenthood v. Casey, from 1992 which upheld but “reined in” Roe. “Roe and Casey are egregiously wrong. They have proven hopelessly unworkable. They have inflicted profound damage. Decades of progress have overtaken them. Reliance interests do not support retaining them. And nothing but a full break from those cases can stem the harms they have caused.”

When Mississippi Attorney General Lynn Fitch urged the Court to hear the case last June, after the state’s strict abortion ban was blocked by the lower courts, she said “the questions presented in this petition do not require the Court to overturn Roe or Casey.” (Mississippi’s law was challenged by the sole remaining abortion provider in the state.)

But Mississippi has now taken a more radical position after Amy Coney Barrett, whose record on abortion rights swings hard right, replaced Ruth Bader Ginsburg, a staunch pro-choice advocate, on the court, shifting a 5 to 4 conservative court to a 6 to 3 one.

While the Court has achieved many long-standing goals of the conservative movement—gutting voting rights protections, overturning restrictions on money in politics, weakening the power of unions—overturning Roe has always been at the top of the right’s wish list.

This was exactly the situation Democrats feared when Barrett was confirmed to the court.

As a University of Notre Dame Law School professor, Barrett signed an ad that stated, “It’s time to put an end to the barbaric legacy of Roe v. Wade.” During her confirmation hearing, Barrett said she did not believe Roe was a “super-precedent” that the court could not overturn, unlike decisions such as Brown v. Board of Education. “That doesn’t mean that Roe should be overruled, but descriptively it does mean that it’s not a case that everyone has accepted,” Barrett said. Leading pro-choice activists, including RBG before she was nominated to the bench, have long warned that Roe is potentially a weak legal precedent and didn’t go far enough to protect abortion rights.

Barrett was confirmed just eight days before the 2020 election, when 65 million people had already voted, even though Mitch McConnell blocked the nomination of Merrick Garland eight months before the 2016 election, who is now Attorney General under Biden.

Meanwhile, the circumstances surrounding the confirmation of another justice nominated by President Trump, Brett Kavanaugh, continue to attract scrutiny. The New York Times reported on Thursday that the FBI received 4,500 tips about sexual assault allegations against Kavanaugh during a background check but forwarded the most “relevant” ones to the Trump White House, which suggests that serious accusations against Kavanaugh were never properly investigated before he was narrowly confirmed to the court.