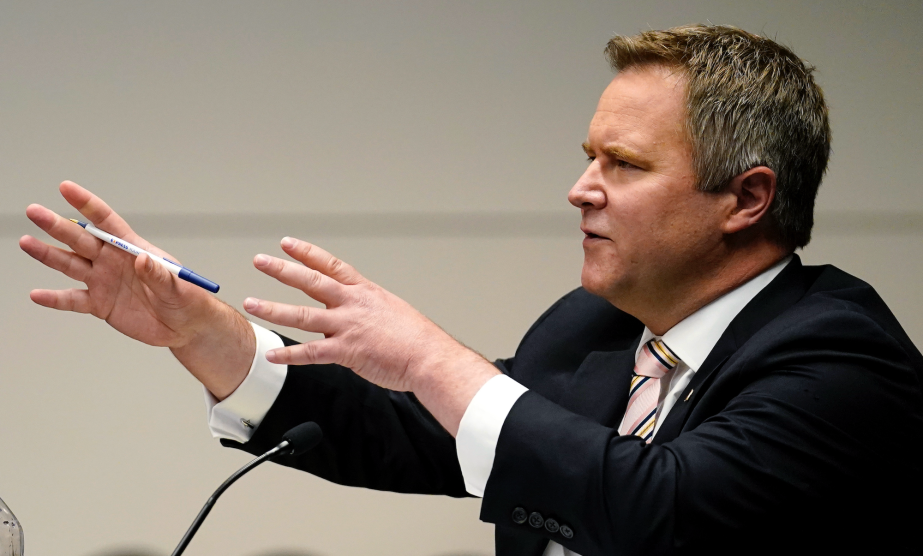 John Pierce, the right-wing lawyer representing 17 defendants accused of storming the Capitol, has failed to appear at several court appearances over the past week, prompting the Justice Department to issue a rare warning that Pierce’s sudden disappearance could jeopardize his clients’ cases.

The filing on Monday pointed to reports, as well as an explanation from Pierce’s colleague Ryan Marshall, indicating that Pierce, an outspoken anti-vaxxer, is seriously ill from COVID-19 and possibly unresponsive on a ventilator.

“The US. Attorney’s Office has had no contact with Mr. Pierce—by phone, email, or otherwise—since Monday, August 23, 2021, when he appeared for a hearing before the Honorable Paul L. Friedman in United States v. Jeremiah Caplinger,” the filing on Monday read. “Since that time, the U.S. Attorney’s Office has heard conflicting information about Mr. Pierce’s health and whereabouts.”

That conflicting information includes pushback from another one of Pierce’s associates who claimed last week that dehydration and exhaustion—not COVID-19—are to blame for Pierce’s strange absence. It’s worth noting that the Justice Department filing repeatedly takes issues with Marshall’s role in subbing in for Pierce while he remains missing in action since Marshall is an unlicensed attorney.

“From the government’s perspective, given Mr. Pierce’s reported illness and the fact that Mr. Marshall is not a licensed attorney, this case is effectively at a standstill,” the DOJ letter continued.

Pierce’s legal work, which includes his firm representing everyone from Kyle Rittenhouse to Rudy Giuliani, has at times been overshadowed by personal drama. As our colleague Samantha Michaels has written in-depth, Pierce was previously sued by a former colleague for wrongful termination, while at the same time he fought a messy custody battle in which he was accused of threatening his ex-wife while claiming that God was working in his favor. Rittenhouse last year fired Pierce last year amid concerns Pierce was using Rittenhouse to promote himself. Rittenhouse’s mother has suggested that Pierce and another attorney, Lin Wood, had left her son in jail longer than necessary to raise more money for a charity they controlled. The lawyers denied this.

Pierce’s work regularly features a penchant for conspiracy theories and violent imagery, themes that have popped up in his current, albeit paused, defense of pro-Trump insurrectionists in the Capitol riot investigation. One example, according to the New York Times, includes Pierce baselessly claiming that “FBI operatives and intelligence personnel, working undercover, incited the [January 6] crowd to violence. And he has urged other defense lawyers to help him find proof.”

As questions surrounding Pierce’s whereabouts grow—ABC News reports that the phone lines at Pierce’s offices have been disconnected—and reports continue to circulate that he’s been infected with COVID-19, it’s Pierce’s aggressive promotion of anti-vaccine disinformation and conspiracy theories that’s now taking the spotlight.

“The entire 82nd Airborne couldn’t make me get an experimental government vaccine stuck in my arm,” he posted on August 17, part of a regular diet of anti-vaccine tweets.

Pierce may turn out to not have COVID. But if he is seriously ill from the virus, he would be far from the first anti-vaccine advocate to be hospitalized after getting COVID-19. Pierce has been eager participant in a far-right disinformation ecosystem, lying to his own clients, the public, and apparently himself. His deception may cost him his life. As with so many Americans, that is a tragedy.