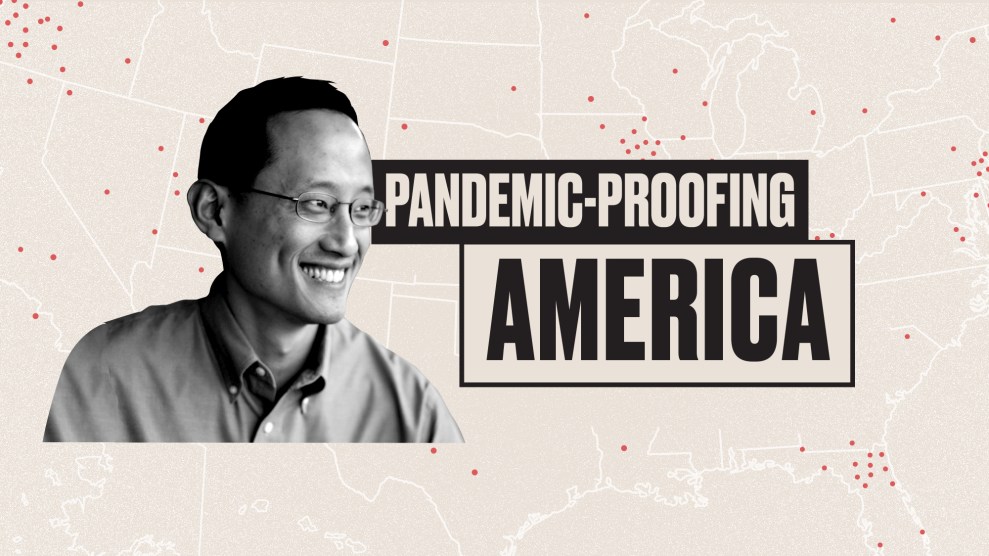 When Curtis Chang heard that many evangelical Christians were reluctant to get vaccinated against COVID-19, he suspected he could help. A former pastor who now consults on strategy and planning for governments and nonprofits, Chang knew he could mobilize pastors to educate and encourage their congregations. So earlier this year, Chang, who also serves on the faculty at Duke University Divinity School and at American University’s School of International Service, launched a project called Christians and the Vaccine to change more minds.

His group produces videos that dispel some of the myths that circulate widely among evangelicals—some believe the vaccine is a form of government control or that it contains fetal tissue and is therefore pro-abortion. The group works with organizations including the National Association of Evangelicals and the Ad Council to distribute videos to churches and through social networks. His technique seems to be working: Researchers at Columbia University and the Stanford Polarization and Social Change Lab conducted a study on vaccine-hesitant Christians using a video featuring Francis Collins, director of the National Institutes of Health and a devout Christian. Two groups were shown videos of Collins and an essay about medical experts endorsing vaccinations. In one group, the content was altered slightly to highlight the Christian identity of Collins and other medical experts. That group reported greater intentions to get vaccinated and an increased willingness to encourage others to get vaccinated, suggesting that shared values can help medical experts bridge the gap with vaccine-hesitant Christians. I talked to Chang about why it’s difficult for religious leaders to encourage vaccination, how to reach religious people who are vaccine-hesitant, and the dangers of American Christians exporting anti-vaccine beliefs abroad.

On the forces driving vaccine hesitancy among evangelicals: Historically, the evangelical movement has baked into it a certain wariness of dominant secular institutions. And this can be captured in the saying that Jesus called us to be in the world, not of the world. We’re not of the world in the sense of just conforming automatically to the assumptions and beliefs the world. But what’s happened is that this orientation of being being wary has gotten weaponized.

There’s been three main forces that I think have done that: One is that you can actually gain a lot of ratings by playing up those fears of what Washington is doing or what the left is doing. Christians are bombarded by so much conservative media that they automatically just assume they’re out to get us. Another one is that conservative politicians have realized that you can gain a lot of votes by playing up these fears. And then the third is sort of outside conspiracy movements. QAnon, the anti-vaxxer movement—they have realized that evangelicals are fertile hunting grounds for their theories, because they are already primed to be distrustful of institutions, and so they can be easily kind of recruited into their deep conspiracies of distrust.

On vaccine persuasion through biblical and spiritual grounds: What’s happening in these churches is that the pastors are under enormous pressure. They’ve already been caught in the sense of their congregation being more radicalized than they are—the polls show that the majority of evangelical pastors are pro-vaccine. But they realize that if they go up and speak very strongly about this Sunday morning, on Monday morning, they’re getting a raft of angry emails from people who have been listening to Tucker Carlson seven days a week. You talk to many evangelical pastors, they’re treading a fine line with realizing that they cannot go too far in the direction of masking or vaccines, even if they personally believe that that’s the right thing to do, for fear of the backlash.

We’re trying to put that message out there and not put all the burden on a local Christian pastor. If somebody’s gonna get mad, they’ll get mad at me, they won’t get mad at a pastor. But because these are short, shareable videos, they can get injected into actually where I think a lot of this battle is being fought. It’s not going to be fought on Sunday morning, because again, pastors are going to be too disincentivized to preach on this. It’s being fought on social media and in social networks, between somebody in the church is willing to share some information about the vaccine that counters the mark of the beast fear or that there’s a tracking chip, or this is a form of government control, and so forth. It’s the extreme anti-vaxxers that really get a lot of publicity, but I think there’s a large percentage of evangelicals that are still movable, and they are increasingly movable, because of what they’re they’re seeing with Delta and the increasing rates.

On coercion tactics to convince the unvaccinated: I understand people are frustrated, they’re losing patience, they just want to make things via mandate and give up trying to persuade people. I think that’s short-sighted for a couple of reasons. If you just resort to sheer coercion, it confirms the narrative that they’re out to get us, that they’re shoving things down our throat. You’re just laying the groundwork for a deepening divide. The second reason is we’re still in the first or second inning of vaccine outreach globally. Parts of Africa and Asia are heavily influenced by Christian culture. A country like Uganda is like 90 percent Christian. Those churches, those places in Africa, they actually take their cultural cues to a great extent from American evangelicals, especially leading white evangelical voices. So America is—unfortunately, through evangelical culture—exporting its vaccine hesitancy. A lot of the same conspiracy theories and doubts and fears that we’ve been battling here, we are definitely seeing emerge and being replicated in the rest of the world. Changing American culture is not just about getting more American evangelicals to take the vaccine, it’s going to be critical to getting the rest of the world vaccinated. And ultimately, for all of us, if we don’t get the entire world vaccinated, we’re all at risk.