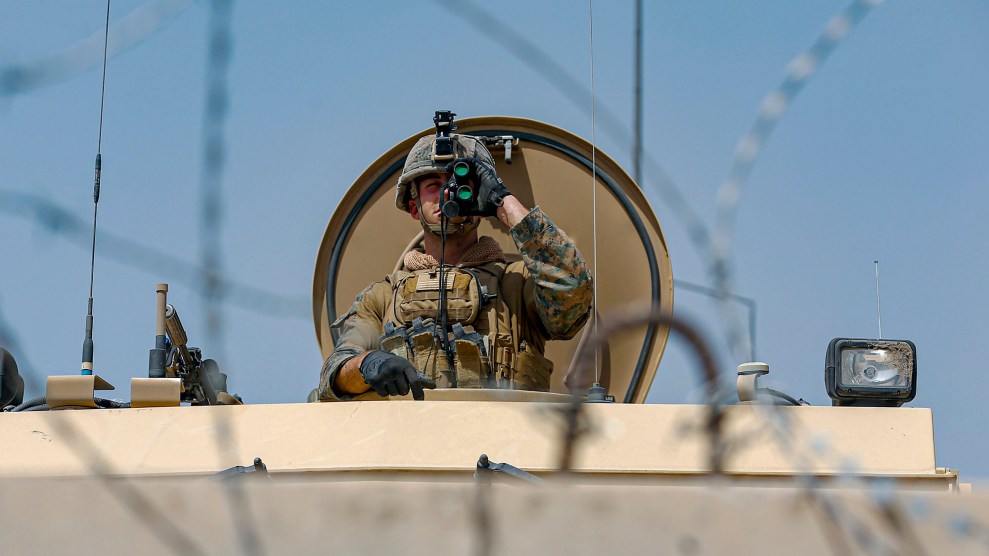 The war in Afghanistan is coming to a close just days before the 20th anniversary of its preceding event: the 9/11 attacks. Even as the US government pledges to keep attacking targets in the country there—producing horrific collateral damage—the military is out, and we’re beginning to take stock of its enormous cost.

There are the typical numbers you might see, specific to the war in Afghanistan: $2.3 trillion spent; 2,443 American service members killed, along with 3,846 US contractors; and an estimated 71,000 Afghan and Pakistani civilians killed. Widening the scope, analyses of data from all the US post-9/11 war-on-terror violence paint an even starker picture: $6.4 trillion in direct spending on wars and war-related costs; 800,000 killed directly in the wars in Afghanistan, Iraq, Pakistan, Syria, Yemen, and elsewhere; 38 million displaced; and “counterterrorism” operations in 85 countries.

But that’s still not a full accounting of US foreign and domestic military and related activity in the wake of 9/11. A new study from the National Priorities Project at the progressive Institute for Policy Studies calculates that over the 20 years since 9/11, the United States has spent $21 trillion on “militarization, surveillance, and repression,” when analyzed holistically.

“Twenty years later, the War on Terror has fed a sprawling security apparatus that was designed for counterterrorism but has also taken on immigration, crime, and drugs,” the report’s authors wrote.

The policy and spending choices made in this era have “turbo-charged militarism and xenophobia” internationally and domestically, they wrote, and have “driven some of the deepest divisions in US politics, including the growing threats of white supremacy and authoritarianism.”

And although some of the ill effects are hard to measure monetarily, there are figures that can be cited, the paper argues. For the military, the cost has been $16 trillion, including $7.2 trillion for military contracts. Additionally, the authors tabulated $3 trillion for veterans’ programs, $948 billion for the Department of Homeland Security, and $731 billion for federal law enforcement.

Some may find the $21 trillion figure over-inclusive, since most of these agencies would have spent considerable sums even in the absence of the 9/11 attacks. But the authors argue that spending on federal law enforcement programs is relevant “because the militarization of police and the proliferation of mass incarceration both owe much to the activities and influences of federal law enforcement. The same agencies use the same militarized tactics to combat terrorism, crime, and narcotics.” Additionally, they argue, federal law enforcement agencies operate domestically and globally and frequently collaborate with the Department of Defense.

“Over the last 20 years,” they wrote, “[defense] contractors took in more than $7.2 trillion in DoD funds, compared to only $4.7 trillion in the 20 years before that, which included the peak years of the Cold War and nuclear weapons.”

The Department of Homeland Security is included because of its post-9/11 origins and mission, while the Federal Emergency Management Agency, which is part of DHS, is not included. Federal law enforcement makes the cut due to its heavy counterterrorism and border security missions. “The same agencies use the same militarized tactics to combat terrorism, crime, and narcotics,” the authors wrote.

The authors argued that for far less money, the country could have funded major projects such as fully decarbonizing the US electric grid, wiping away student debt, guaranteeing preschool for young children, and increasing pay for teachers. Post-9/11 spending on the War on Terror and its outgrowths “is proof of concept that the US government has both the means and the political will to act on its priorities,” the authors wrote, making the case that a different path was possible.

“The militarization of US domestic and foreign policy over the past two decades has wreaked havoc,” the authors wrote. “It has cost lives and well-being for those caught up in our foreign wards and our domestic crackdowns alike, and has cost a fortune in the process.”