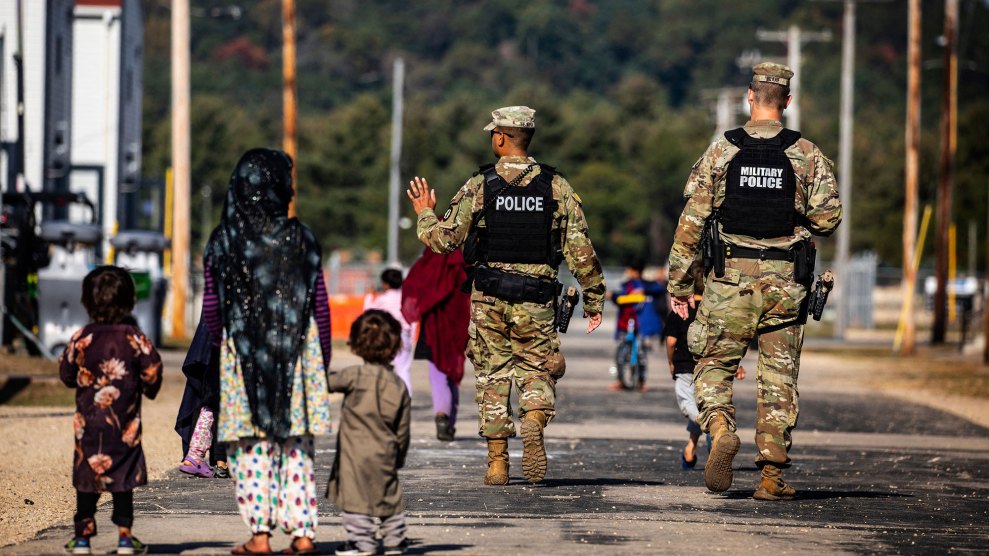 The Biden administration is about to make a pretty significant change to how the US refugee resettlement program has worked for decades. The administration is expected to unveil a new plan that would allow any group of at least five private citizens to come together as a “sponsor circle” and help Afghan refugees resettle in US cities across the country, as reported by CBS News and CNN.

The program hasn’t been made public yet. But it’s reportedly going to allow any group of private citizens to apply to sponsor Afghans once the volunteers pass a background check, complete online trainings, and raise the funds necessary. The groups would be responsible for providing housing, legal counsel, medical services, basic necessities, and financial support for at least 90 days, according to CBS News.

This is not how refugee resettlement has previously worked. Usually, an agency that works with refugees is in charge of acquainting refugees with their new home environment and connecting them with community groups that can help with the transition. If refugees have family in the United States, they would be placed close to their relatives and in most cases within 100 miles of the agency that is responsible for their “reception and placement.” Biden’s plan would allow groups of private citizens to be responsible, opening up more places where Afghan refugees can go and speeding up the resettlement process.

The major change, expected to be officially unveiled Monday, comes more than two months after the world saw the images of desperate Afghans at the Kabul airport hoping to find a way out of the country as American troops left and the Taliban took power. The withdrawal was followed by stories of US military members trying to help evacuate Afghans who worked alongside them throughout the years.

Now, as CNN reports, veterans can apply to become sponsors for Afghan refugees:

Veterans, who have worked closely with Afghans who fled Afghanistan fearing reprisals from the Taliban for their work with the US, underscored the significance of pairing evacuees with people with shared lived experiences.

“We’ve been there. We understand what it’s like to come from that experience and then find yourself dropped into this environment and how quite frankly overwhelming that it can be,” said Matt Zeller, a security fellow at the Truman National Security Project, who added he’s willing to open up his home to Afghans and their families.

According to the United Nations High Commissioner for Refugees, Afghans make up one of the largest refugee populations worldwide with 2.6 million people registered. And in light of the “rapidly deteriorating security situation in 2021, the number of people fleeing will likely continue to rise,” UNHCR said. Recent numbers show that more than 65,000 Afghan evacuees have arrived in the United States, with about 55,000 still in US military bases across the country as the United States government continues the largest evacuation of refugees anywhere since the Vietnam War. Thousands more remain in US military bases abroad.

Before the need to relocate Afghans grew, Biden had faced criticism from his supporters after saying he would keep the historic low refugee cap set by his predecessor, then caving to public pressure and walking that back. Biden has since raised the worldwide refugee cap from 15,000 to 62,500, but the actual process of resettling people has been slow, in part because of the mess the Trump administration left behind.

Earlier this year I spoke about this with Eskinder Negash, the president and CEO of the US Committee for Refugees and Immigrants. Negash, who previously ran the Office of Refugee Resettlement under President Obama, said that Trump essentially dismantled the refugee program overseas. Biden’s new plan could help alleviate some of this backlog by expanding who can receive Afghan refugees.

The “Sponsor Circle Program” will be a joint initiative between the US State Department and the Community Sponsorship Hub, a non-governmental project of the Rockefeller Philanthropy Advisors. CNN reports that the Hub will be in charge of screening online applications from prospective sponsors. More details on how this program will work and when sponsors can begin the application process will hopefully be released Monday.