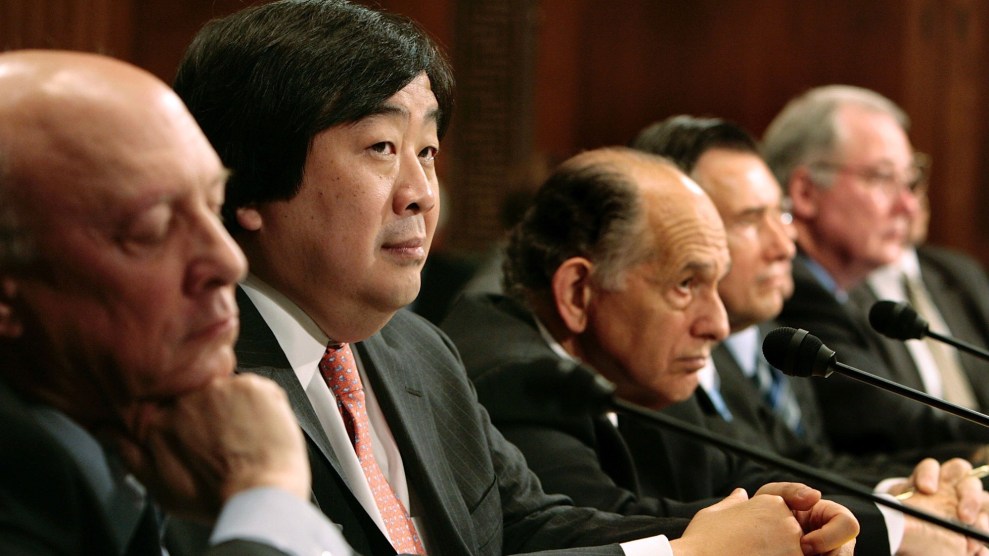 Less than two weeks after the US special envoy for Haiti resigned in response to the “inhumane” deportation of Haitians arriving at the Southern border, a senior State Department official has also quit, decrying the Biden administration’s continued use of a Trump-era policy known as Title 42. In an internal memo from October 2 obtained by Politico, State Department legal adviser Harold Koh described Title 42 as a “badly flawed policy,” which relies on a public health authority to summarily expel migrants save for a few exceptions. Its existence, he argued, “continues to violate our legal obligation not to expel or return (‘refouler’) individuals who fear persecution, death, or torture, especially migrants fleeing from Haiti,” a country he describes as a “humanitarian nightmare.”

The “illegal and inhumane” Title 42 expulsions, Koh continued, are “not worthy of this Administration I so strongly support.” He urged the administration “to do everything in your power to revise this policy, especially as it affects Haitians, into one that this worthy of this Nation we love.”

In March 2020, then President Donald Trump invoked Title 42 to purportedly control the spread of COVID-19. Since then, the obscure public health order has faced fierce criticism and legal challenges. Public health experts and some officials with the Centers for Disease Control and Prevention have repeatedly argued its implementation lacks any epidemiological justification for preventing the spread of the coronavirus. Meanwhile, pro-immigrant advocates say it violates the right to seek asylum under the law and places migrants in harm’s way. In addition to returning them to dangerous places in Mexico, where many have experienced extortion, kidnapping, and rape, the policy also forces migrants to cross through more remote and perilous parts of the border.

It is hard to think of a more serious rebuke than this: Harold Koh, one of the most highly regarded scholars and practitioners of international and human rights law in the US quits the State Department over Title 42 https://t.co/PWgtTMHTvv

In recent weeks, the harshness and cruelty of this policy—one that fits a long and failed history of so-called prevention through deterrence measures at the border—was in full display as Customs and Border Protection agents on horseback chased Haitians in Del Rio, Texas. Since September 19, the Biden administration has deported more than 7,000 people, including children, back to Haiti, many of whom had been trying to make a life in South American countries such as Brazil and Chile for years after having fled multiple crises. As my colleague, Nathalie Baptiste wrote:

The country these migrants are being forcibly deported to has been ravaged by a series of crises. Even more than a decade later, Haiti is still recovering from a 7.0 magnitude earthquake that struck in 2010. The quake killed approximately 300,000 people of a population of 10 million and made millions more homeless. In October 2016,  Hurricane Matthew ravaged the southern coast as a category 4 storm that killed 900 people and destroyed most of the country’s southern region. Then, in July 2021, Haiti’s president Jovenel Moïse was assassinated. A few weeks later, another earthquake rocked the country: more than 2,000 people perished, and 30,000 more were displaced. Recovery efforts were hampered by a tropical storm that caused flooding and landslides. The country is currently beset by food shortages and violent actors seeking to exploit the political instability.

When asked about Koh’s resignation memo, press secretary Jen Psaki said she hadn’t seen the document but stated that the administration doesn’t see Title 42 as an immigration policy, but rather as a public health authority determined by the CDC. Last Saturday, the CDC concluded that the order remained necessary citing the threat posed by the Delta variant and ongoing risks of transmission.

Koh, the son of a South Korean diplomat who won asylum in the United States after a military coup overthrew the government in 1961, served as a State Department legal adviser under President Barack Obama and prior to that as US Assistant Secretary of State for Democracy, Human Rights, and Labor. In the early 1990s, he led a group of Yale law students in arguing a case at the Supreme Court for the release of 300 Haitian migrants who had been detained at the Guantanamo Naval base. In his resignation memo, Koh wrote that the implementation of Title 42 cannot “be squared with the Biden Administration’s own publicly stated policy objectives and values” and degrades US credibility abroad.

“Our recent efforts to assist tens of thousands of vulnerable Afghans show the best that the United States can do to protect individuals at risk in a crisis,” Koh wrote in the memo. “Yet our actions and approaches regarding Afghan refugees stand in stark contrast to the continuing use of Title 42 to rebuff the pleas of thousands of Haitians and myriad others arriving at the Southern Border who are fleeing violence, persecution, or torture.”

In conclusion, Koh asked: “Is this who we are?”