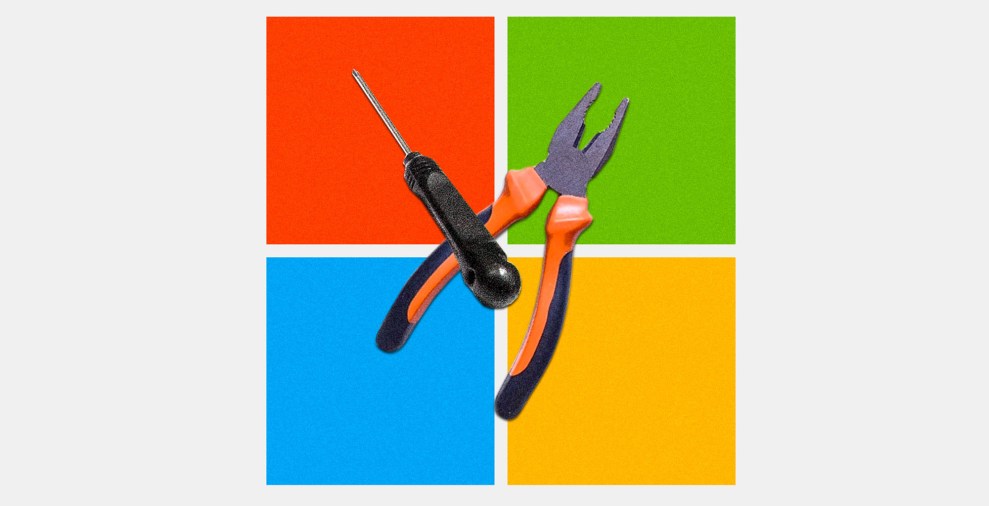 In a first-of-its-kind victory for the right-to-repair movement, Microsoft has agreed to take concrete steps to facilitate the independent repair of its devices following pressure from its shareholders.

On Monday, Microsoft and the investor advocacy nonprofit As You Sow reached an agreement concerning a shareholder resolution As You Sow filed in June urging the tech company to analyze the “environmental and social benefits” of making device repair easier. After months of negotiations, Microsoft has agreed to comply—and then some. Not only will the company study how increasing access to the parts and information needed for repair can reduce its contributions to climate change and electronic waste, it has also agreed to act on the findings of that study by the end of next year.

This is the first time a US. manufacturer has agreed to change its repair policies following investor pressure. But it might not be the last: In September, Green Century, a mutual fund company focused on environmentally responsible investing, filed two similar right-to-repair resolutions, one with Apple and another with Deere & Co., the agricultural equipment manufacturer best known for the John Deere tractor.

Collectively, these resolutions represent a new front in the right-to-repair fight, one that explicitly links corporate environmental responsibility to repair policies. The battle is being led by shareholder organizations that have had success pressing companies for greater transparency on climate change. For instance, As You Sow has previously convinced the major utility Duke Energy to disclose the methane emissions associated with its natural gas infrastructure and pressed Twitter to report its carbon footprint.

When consumers are unable to fix their devices quickly and cheaply, they’re more likely to buy new ones, and that has consequences for the planet.

“We’ve seen shareholder resolutions become a significant tool for climate activists,” Kerry Sheehan, the U.S. policy director at the repair guide site iFixit, told Grist. “We’re seeing it get adopted in the repair context as well in part because these are very connected.”

When consumers are unable to fix their devices quickly and cheaply, they’re more likely to buy new ones, and that has consequences for the planet. A significant fraction of the carbon emissions associated with the devices we own—81 percent in the case of Apple’s new iPhone 13—occur during manufacturing. Replacing our stuff before we need to causes those emissions, as well as the pollution, natural resource use, and land degradation associated with extracting and refining raw materials, to multiply. In the case of consumer electronics, it also leads to more toxic e-waste.

Despite the environmental benefits of using our stuff as long as possible, companies like Microsoft, Apple, and Deere make extended use difficult by restricting access to parts, manuals, and software tools needed for repair and by designing products that aren’t easy to fix. These corporations also have a history of lobbying against bills that would make independent repair more accessible.

Kelly McBee, the waste program coordinator at As You Sow, started intensively exploring the issue of electronic waste several years ago. After learning that Microsoft was actively contributing to the crisis through its restrictive repair policies, she reached out to the company to have a “good faith conversation” in May. It didn’t go well.

“The company presented a very antagonistic view of repair,” McBee said, adding that Microsoft’s legal counsel told her they didn’t see “any connection between improved sustainability and repairability.”

But after As You Sow filed its shareholder resolution in June, which garnered media attention and raised awareness among Microsoft’s investors, McBee says the company’s attitude shifted dramatically.

“Microsoft came back with different legal counsel and representatives on the line and said, ‘We are really changing our tune on this issue, we think this study is a great idea, let’s work together to make this change,’” McBee said. “Which is night and day.”

As You Sow has now agreed to withdraw its resolution with the company.* In exchange, McBee says Microsoft has agreed to hire an independent consultant to study the benefits of increasing consumer access to parts and repair documentation, including impacts on carbon emissions and waste. While the study will not be made public due to concerns over proprietary information, Microsoft is required to publicly post a summary of its findings by the beginning of May 2022.

iFixit will be “closely watching” to see how Microsoft follows through and whether it changes its tune on right-to-repair legislation.

Based on those findings, Microsoft has also agreed to make new parts and documentation available beyond its authorized repair network by the end of 2022. It has also agreed to launch new, as-yet-unknown initiatives to facilitate local repair, according to McBee.

Sheehan called the agreement between As You Sow and Microsoft a “step in the right direction,” adding that iFixit will be “closely watching” to see how Microsoft follows through and whether it changes its tune on right-to-repair legislation. Nathan Proctor, who heads the right-to-repair campaign at the nonprofit U.S. Public Research Interest Group, noted that Microsoft is still a member of lobbying groups that oppose right-to-repair bills, like the Entertainment Software Association.

“We really appreciate what they’re doing for this report, but if they show up to kill right-to-repair bills there’s still more work to be done,” Proctor said.

In response to questions about the agreement, a Microsoft spokesperson told Grist that Microsoft is committed to meeting consumers’ needs and desires, including device repairability. “We believe customers are entitled to repair options that are safe and reliable,” the spokesperson said in an email. “We currently provide customers with repair services that ensure the high quality of repairs, safeguard customers’ privacy and security, and protect customers from injury.”

“As You Sow asked us to investigate the connections between our sustainability commitments and device repairability,” the Microsoft spokesperson added. “It was a productive discussion, and we have agreed to undertake that important study, the results of which will be used to guide our product design and plans for expanding device repair options for our customers.”

McBee says she’s “very happy” with the agreement, adding that she “hopes it has sway” on the Green Century resolutions currently before Apple and Deere. Like As You Sow’s resolution, those proposals ask the two companies to evaluate the benefits of making tools and information needed for repair more accessible to consumers.

Green Century shareholder advocate Annalisa Tarizzo told Grist that over the past year, the investment company has “grown concerned” that Apple and Deere’s antagonistic stances toward independent repair were harming the companies’ reputations and exposing them to regulatory risk. Many state legislatures are actively considering bills that codify the right to repair, and in July, the Federal Trade Commision, or FTC, vowed to “ramp up law enforcement” against illegal repair restrictions.

Apple has “very ambitious climate goals, but that anti-repair stance really does not align with what they are presenting to the public.”

Apple has “very ambitious climate goals, but that anti-repair stance really does not align with what they are presenting to the public,” Tarizzo said. “And given Deere’s positioning in the market, we were concerned that they could face some lawsuits.” Deere, which has captured more than half of the agricultural equipment market in the U.S., doesn’t allow farmers to access diagnostic software needed to fix their tractors, a policy that costs farmers money by forcing them to wait for a dealer to repair their equipment.

Apple and Deere didn’t respond to requests for comment on the shareholder resolutions filed by Green Century, and Tarizzo couldn‘t offer details on the investment firm’s conversations with the companies. But she hopes that both “agree to make some substantial changes in their policies” in the coming months, in which case Green Century will withdraw its resolutions before their respective shareholder meetings.

Otherwise, the resolutions may be put to a vote at the companies’ annual shareholder meetings in early 2022. While shareholder resolutions are legally nonbinding, Tarizzo says that typically when more than a third of corporate shareholders vote in favor of one, “it sends a pretty strong signal to the company that they should probably address whatever issue the company voted on.” As the Microsoft resolution demonstrates, even the prospect of such a vote can compel a company to take action.

These shareholder resolutions come as the grassroots right-to-repair movement continues to garner support from high places. In May, the FTC came out strongly in favor of independent repair when it released a report that found “scant evidence” to justify manufacturer-imposed restrictions. In July, President Biden issued an executive order asking the FTC to craft new rules that would address “unfair anticompetitive restrictions on third-party repair.” Support for independent repair is also growing among lawmakers: A record 27 states have considered right-to-repair bills this year, and in June, a US representative from New York introduced the first-ever national right-to-repair bill targeting everything from computers to tractors.

Sheehan of iFixit sees shareholder activism as “part and parcel” of the right-to-repair movement’s expanding reach. Even if some of these resolutions fail to garner investor support or the companies being targeted don’t take aggressive enough action, Sheehan believes that all manufacturers are “going to have to reckon with right to repair eventually.”