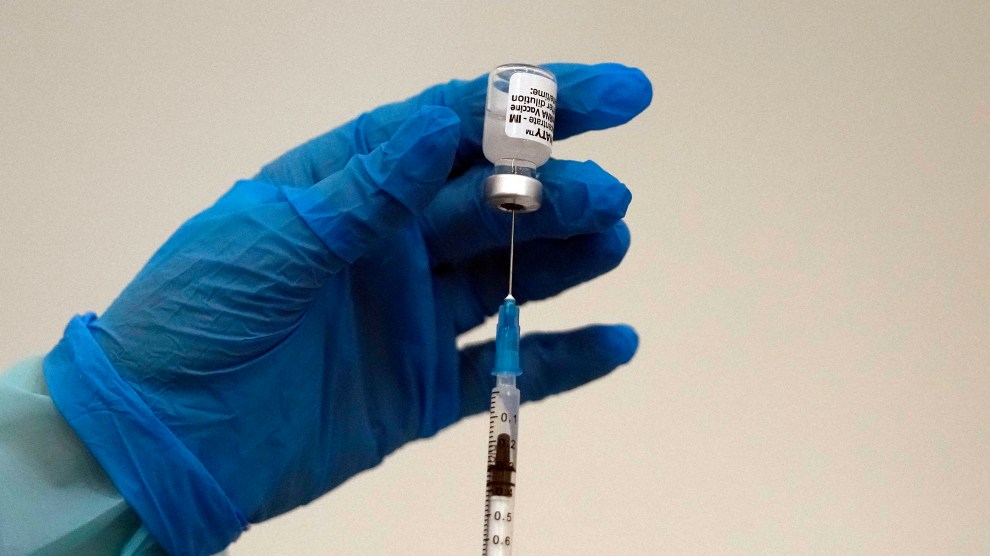 The vaccine “doesn’t stop you from getting [COVID] at all,” claimed Daniel Horowitz, a senior editor at the Blaze, in a tweet promoting a column he wrote trumpeting the research. The headline: “Harvard researcher finds absolutely no correlation between vax rates and COVID cases globally.” Supporters of Horowitz’s perspective tweeted the piece and posted it on Facebook, where it received more than 4,000 interactions, including 2,600 shares, according to data from CrowdTangle, the Facebook-owned analytics company.

Alas, there’s just one problem for Horowitz and company: S.V. Subramanian, the Harvard professor of population health and geography behind the paper, says the vaccine doubters are completely wrong.

“That conclusion is misleading and inaccurate,” Subramanian told me of Horowitz’s Blaze column over email. “This paper supports vaccination as an important strategy for reducing infection and transmission, along with hand-washing, mask-wearing, and physical distancing.”

At first glance, the title of Subramanian’s paper, “Increases in COVID-19 are unrelated to levels of vaccination across 68 countries and 2947 counties in the United States,” looks like it could be arguing against vaccine effectiveness. Indeed, the paper initially came onto my radar from a concerned tipster who worried an unscrupulous Harvard researcher was working to leverage the university’s name in the service of right-wing political aims.

But on closer inspection, Subramanian’s paper, which was published in the ​​peer-reviewed European Journal of Epidemiology, simply examines the lack of correlation between broad geographies’ vaccination rates and their rates of new COVID cases. For example, Subramanian points to countries like Israel, which have high rates of both vaccination and new infections. But instead of concluding that such data means vaccines are useless, Subramanian says his findings suggest that it’s unwise to ignore other treatments and precautionary steps—say, masks or lockdowns. In other words, he writes, the “sole reliance on vaccination as a primary strategy to mitigate COVID-19 and its adverse consequences needs to be re-examined… other pharmacological and non-pharmacological interventions may need to be put in place alongside increasing vaccination.”

Over email, Subramanian insisted that the positive effects of vaccines are not in doubt: “Other research has clearly and definitively established that the vaccines significantly reduce the risk of hospitalization and mortality.”

Despite the misinterpretation, anti-vaxxers and vaccine doubters like Horowitz have held up and shared Subramanian’s paper as vindication on an array of platforms that have struggled to fight false anti-vaccine information. Horowitz’s own column has been tweeted out to at least half a million users. Posts bringing attention to the paper have done well on anti-vax and right-wing Reddit groups; a summary was posted to more than a dozen subreddit communities with over 34 million followers.

On Facebook, posts sharing a link to the paper’s abstract have also gone viral thanks to similar pages. Bernhard Zimniok, a member of European Parliament representing Germany’s far-right AfD party, shared it to his 24,000 Facebook followers, netting over 1,000 likes, shares, and comments. Slobodny Vysielac, a xenophobic, nativist Slovakian publication which has been likened to Infowars, also shared a link to the study to its 85,000 followers. Across the platform, CrowdTangle analytics show it was shared by pages with over a collective 2 million followers and was interacted with 7,000 times.

While Subramanian’s paper has its doubters, it is not considered particularly controversial. Nor does he use his findings to advance polemic political claims. But that hasn’t stopped his research from being shared and contorted by people who are trying to spread vaccine disinformation. In many cases, they share news of the paper with little to no comment at all, a nothing-to-say tactic that may help them avoid scrutiny or moderation for spreading disinformation. Even so, given their track record of spreading vaccine falsehoods, the subtext of what they are communicating is perfectly clear.