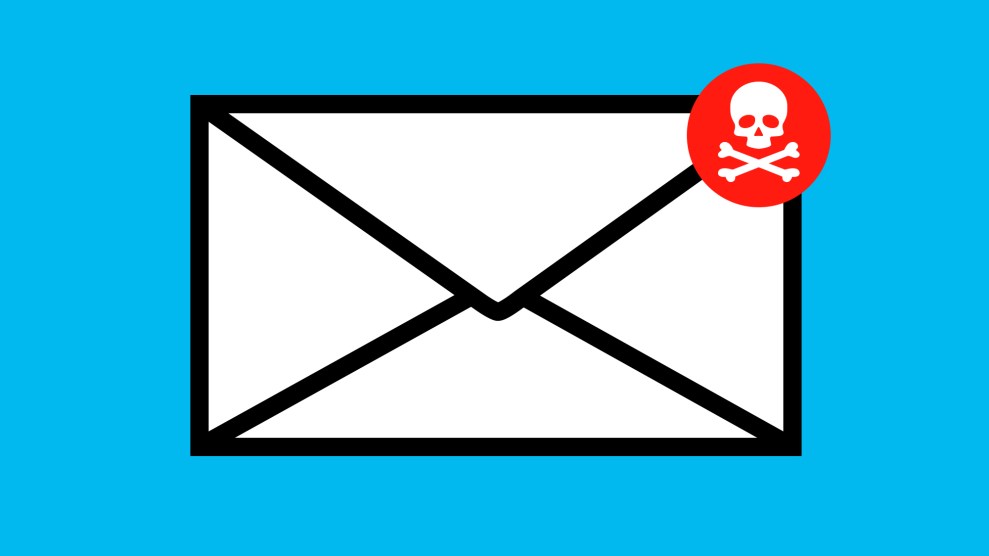 If you subscribe to an email newsletter, there is a good chance that it is hosted by the popular platform Substack. The company makes it easy for anyone to bombard friends’ inboxes with regular missives: You just sign up, write your first edition, and ask everyone you know to subscribe—either for free, or for any amount you choose per month, of which Substack takes a 10 percent cut. Unlike other similar platforms, the company also recruits writers with many Twitter followers and enormous reach, offering advances of hundreds of thousands of dollars for newsletters it expects to be especially popular. The universe of topics for Substack newsletters is as wide as their owners’ imaginations: A journalist writes about extremism and sandwiches; a historian describes about strange pieces of antique jewelry; the lead singer of Wilco offers advice to aspiring musicians.

Substack is growing quickly. According to Forbes, in just four years since it was founded, the company has gained 250,000 paying subscribers, and its top 10 newsletters alone generate $7 million a year in revenue for the company. The company has wooed popular journalists away from traditional platforms. Media critics are kind of obsessed with Substack’s ascent and are especially critical of its secrecy about advances, since the company doesn’t reveal which of its writers were offered deals. Some observers have charged that Substack gives a platform to what they consider to be hate speech. The writer Jude Ellison Sady Doyle accused the company of giving large advances to “to people who actively hate trans people and women, argue ceaselessly against our civil rights, and in many cases, have a public history of directly, viciously abusing trans people and/or cis women in their industry.” In July,  New York Times editor Spencer Bokat-Lindell wondered whether the proliferation of news-via-newsletter was “bad for democracy.”

There’s one less frequently discussed way in which Substack actually might be endangering democracy: It’s become a conduit for public disinformation during a historic pandemic. Indeed, my search of Substack returned dozens of newsletters that suggested that vaccines and masks were ineffective and dangerous, and that “the media” had exaggerated the harms of COVID-19. Many of the newsletters that I found insisted that the government was suppressing evidence in favor of treatments that scientists have shown to be ineffective, like hydroxychloroquine and Ivermectin. Other Substack newsletters made similar claims about unproven supplements and other fringe remedies.

Just enter the term “COVID” into Substack’s search bar to find a wide variety of newsletters to peruse. Some are by leading epidemiologists and other medical experts offering insights into public health questions in the national conversation. But among those evidence-based offerings are a whole raft of newsletters that make false claims about masks, vaccines, and data.

Many of Mercola’s newsletters tout the supposed benefits of supplements and other alternative remedies in preventing or treating COVID.

The examples I found of COVID-19 and vaccine misinformation on Substack were too plentiful to list here, but a few, each with thousands of followers, stood out. In one called Unmasked, an anonymous writer claims that masks are ineffective and calls CDC guidelines a “disgraceful debacle.” Matthew Crawford, the owner of a newsletter called “Rounding the Earth,” posts regularly about the virtues of discredited treatments like ivermectin and the supposed dangers of vaccines. He was “concerned,” he wrote, that vaccines “are killing and crippling more people than they’re saving, and that billions of people are being used as guinea pigs in what is at best an experiment and at worst a reorganization of world power.” In a July newsletter, he welcomed new readers and noted that a recent post had been read by 30,000 people.

Perhaps the most alarming item I found on Substack was “Take Control of Your Health,” a newsletter penned by an osteopathic physician and noted anti-vaccine zealot named Dr. Joseph Mercola. Mercola’s pattern of vaccine misinformation is well known; he was the subject of a New York Times profile and listed among the Center for Countering Digital Hate’s “Disinformation Dozen.” One of Mercola’s recent Substack newsletters is titled “The Type of Fat You Eat Affects Your COVID Risk;” another claims that “more than 200,000 have already died from the COVID jab in the US.” (Of course, neither is true.) Many of Mercola’s newsletters tout the supposed benefits of supplements and other alternative remedies in preventing or treating COVID. One section of his Substack page is called “banned articles;” in one such post, Mercola writes, “We were forced to remove all the hydrogen peroxide videos that I had previously posted for liability reasons but fortunately they are all now posted here.”

Substack’s content guidelines forbid “harmful” activities, but they do not explicitly forbid users from spreading misinformation, nor do they warn them against promoting conspiracy theories about vaccines or COVID-19. In response to a request for comment from Mother Jones, a company spokesperson said that though the company has not offered any advances to users who promote misinformation, the company errs “on the side of free press and free expression, even for those we don’t endorse or agree with” and that “being skeptical, controversial, or even wrong are not against our terms of service.” When I’ve reported on misinformation on other platforms, such as Facebook and a popular app for churches, legal scholars have told me that these companies are not legally responsible for the content that their users promote. But they’ve pointed out that tech companies might consider the ethical implications of hosting misinformation. As Dorit Reiss, a legal scholar and professor who studies vaccines and the law at the University of California-Hastings College of Law, put it, “If they mean business when they’re saying they’re not going to let themselves be used to promote misinformation that puts people at risk, then they probably have a responsibility to do what they can.”

I’ve written before about the grift of COVID-19 misinformation. Often, I see it mischaracterized as a fringe hustle: old-timey snake-oil salesmen making a quick buck on the gullible. That’s part of it, to be sure, but the grift is bigger than that—by a lot. The companies that facilitate the spread of conspiracy theories are part of it, too. It’s not just Substack users who are profiting off misinformation in their newsletters; the company itself is also earning money from these accounts. The pandemic has been very good to the misinformation economy, which is humming along—in part because powerful companies are cashing in.

This piece has been updated with a company spokesperson’s statement.