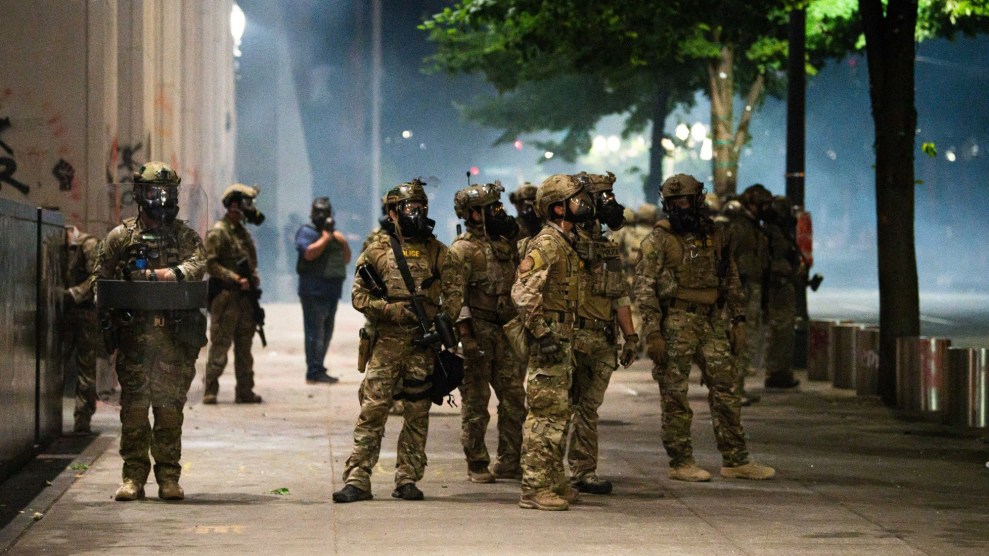 Many Americans are likely unaware that Customs and Border Protection, a Homeland Security Department division with more than 60,000 employees, is engaged in a host of domestic law enforcement activities that are unrelated to its original mission of guarding borders and ports. CBP is the biggest law enforcement agency in the country, full of quasi-military units, with an ominously broad conception of its job. And it’s out of control, or at least it was under President Donald Trump, critics argue.

On Friday, Yahoo News revealed that a previously unreported Inspector General report found that a CBP unit called the Counter Network Division used sensitive government databases set up to track terrorists to investigate as many as 20 US-based journalists along with congressional staffers, Arianna Huffington, and unidentified members of Congress in 2017.

According to the Associated Press, which confirmed the Yahoo News report, DHS’ Inspector General in October 2020 referred three department employees to the Justice Department for possible criminal charges for misusing government databases and lying to investigators. But DOJ declined to prosecute.

One of the officials involved, Jeffrey Rambo, said he was not charged because his actions were standard practice. “When a name comes across your desk, you run it through every system you have access to, that’s just status quo, that’s what everyone does,” Rambo told investigators.

Rambo claimed that his unit had free rein to investigate Americans based on general directives to address matters—he weirdly used the phrase “problem sets”—raised by the White House. He claimed that he first contacted Watkins as part of an effort to push reporters to cover the use of forced labor abroad. But he admitted that he also he used federal resources to look into Watkins’ relationship with a Senate Intelligence Committee staffer named James Wolfe, who was later fired and convicted of lying to the FBI about his contact with the media.

And that’s just one CBP division. Last year, members of a military style Border Patrol Tactical Unit, called BORTAC, who are trained for actions like serving high warrants and raiding stash houses, were sent to Portland, Oregon, amid unrest there following the murder of George Floyd. The Border Patrol employees were part of a small army of federal law enforcement agencies dispatched to that city and to others after Trump signed an executive order calling for the protection of statues and monuments. The agents were tasked with protecting the Hatfield Federal Courthouse in Portland, where vandals had repeatedly tried to start fires.

But protestors reported that camouflage-fatigue clad CBP agents were patrolling downtown Portland in unmarked minivans. In one viral video, they appeared to detain a protestors without identifying themselves. (A CBP spokesperson at the time confirmed agents had detained protestors but denied they had failed to identify themselves.)

This followed reports in 2019 that CBP agents were targeting journalists, activists, and lawyers for scrutiny at ports of entry south of California.

On Sunday, Sen. Ron Wyden (D-Ore.) called for DHS’ inspector general to turn over to Congress the report cited by Yahoo News and the AP. “If multiple government agencies were aware of this conduct and took no action to stop it, there needs to be serious consequences for every official involved, and DHS and the Justice Department must explain what actions they are taking to prevent this unacceptable conduct in the future,” Wyden said.

Maybe this is the start of some more aggressive congressional oversight of an agency gone rogue.