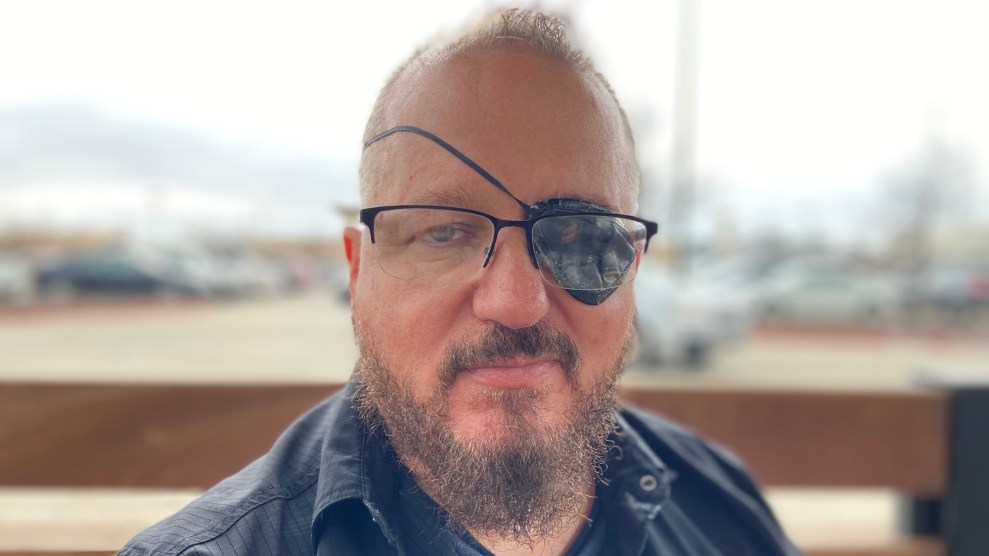 FBI agents on Thursday arrested Stewart Rhodes, the founder of far-right Oath Keepers, and charged him with seditious conspiracy, the Justice Department announced. The sedition charge marks a major and largely unexpected advancement in the federal investigation into the January 6, 2021, attack on the US Capitol.

Rhodes was taken into custody in Granbury, Texas, according to his lawyer, Jonathon Moseley, who said he was on the phone with Rhodes about plans for him to be interviewed by the House select committee investigating January 6, when the FBI called. “The FBI special agent said they were outside and he needed to come out with his hands up and be arrested,” Moseley said.

The DOJ also charged 11 other Oath Keepers with seditious conspiracy. Most of those group members already faced other charges related to storming the Capitol on January 6, including conspiracy to obstruct an official proceeding—the congressional counting and certification of electoral votes. The sedition charges, which carry a maximum penalty of 20 years in prison, were new and represent the first use of such laws against alleged January 6 participants or planners.

The allegations suggest that the DOJ may be expanding its prosecutions to focus on people who helped plan but did not directly take part in the attack. Almost all of the more than 700 defendants previously charged by prosecutors for their actions on January 6 are accused of either storming the Capitol or fighting with police outside Congress. Though Rhodes entered a restricted area outside the Capitol on January 6, according to the feds, he does not appear to have entered the Capitol building itself.

In the indictment against Rhodes and other Oath Keepers released on Thursday, the Justice Department said that Rhodes and his co-conspirators coordinated travel to DC; brought firearms, ammunition, and paramilitary gear to the DC area; and organized into teams that were prepared “to use force to stop the lawful transfer of presidential power.”

Over the past year, intense debates about the events of January 6 have made much of the lack of sedition charges against alleged participants in the attack. Many on the political right argued that the absence of such charges indicated that the assault on Congress was not as serious as the DOJ and Democrats claim, with many declaring that it was “not an insurrection.”  On the political left, some commentators have faulted Attorney General Merrick Garland for thus far not charging January 6 instigators with sedition, an approach they say should reach to the top of the Trump White House and the ex-president himself.

In court documents made public Thursday, prosecutors alleged that Rhodes spent large sums on weapons in the days before January 6, including $10,000 on an AR-15 and $17,000 on other military equipment. Rhodes further purchased and shipped tactical gear and a weapon sight to an unnamed individual in Virginia, near DC, just before January 6, according to the indictment. Rhodes allegedly helped to organize a so-called quick reaction force in a northern Virginia hotel room, a conspiracy previously alleged by the DOJ to involve numerous Oath Keepers who stashed weapons there that they brought to the DC area just ahead of January 6. Rhodes has said the Oath Keepers anticipated using the weapons inside DC if Trump declared a national emergency and called on Oath Keepers and other militia groups to help him keep order.

The indictment also includes new details from a “Leadership Intel Chat” allegedly convened by Rhodes just after the November 2020 election. “We aren’t getting through this without a civil war,” he told the group of Oath Keepers, according to the indictment. “Too late for that. Prepare your mind, body, spirit.”

The indictment contains further stark evidence from alleged communications among Rhodes and fellow Oath Keepers in the run-up to January 6, with Rhodes anticipating “a bloody and desperate fight” if Biden became president. Further planning by Oath Keepers in those talks allegedly included holding a training session to focus on “convoy operations” and “setting up hasty ambushes.”

Mother Jones first reported in September that the FBI, according to a search warrant executed against an attorney who works with Rhodes, was investigating “seditious conspiracy” charges related to January 6. It was not clear at that time whose actions the agents were focused on. It now appears that the answer is Rhodes, along with at least 11 other Oath Keepers—and maybe more.

The charges against Rhodes and his alleged co-conspirators also offer a warning to other extremist groups potentially planning violence, says Juliette Kayyem, a counterterrorism expert and former senior official in the Department of Homeland Security. “Disrupting the potential for recruitment and fundraising for these violent organizations has always been the goal,” Kayyem said. “We can’t make this country united with a single case, but we can begin to limit the nurturing of violence.”