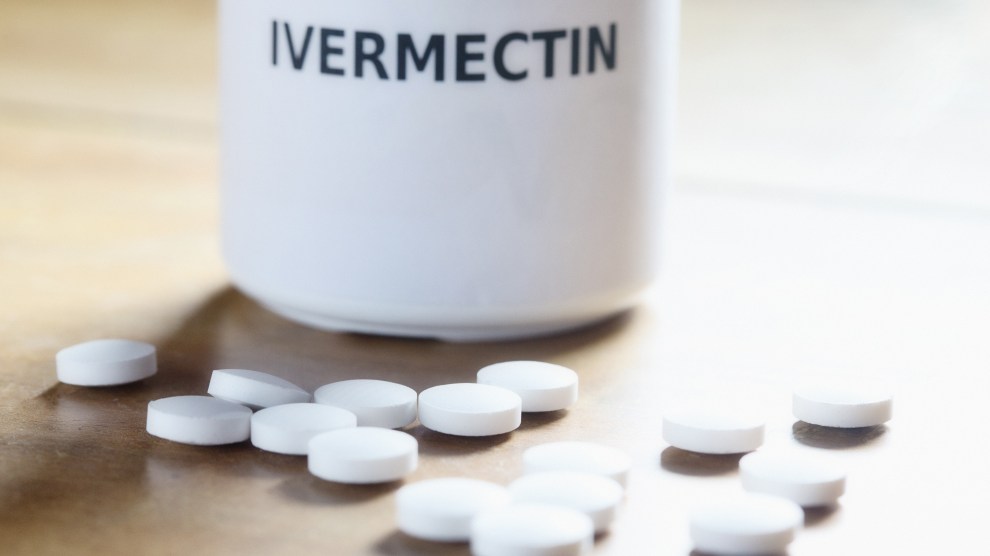 Doctors have known for more than a year now that the antiparasitic drug ivermectin isn’t effective against Covid. The FDA has explicitly warned against prescribing it to Covid patients, but many physicians still do—and public and private insurance companies are paying for it. A study published earlier this month in the Journal of the American Medical Association found that this drug has cost insurance companies more than a hundred million dollars. “People are really annoyed with insurance, that they don’t cover things that are evidence-based,” says lead author Kao-Ping Chua, an assistant professor of health management and policy at the University of Michigan’s School of Public Health. “And at the same time, now here’s an example of insurance covering something that’s not evidence-based.”

Last August, Chua noticed an alert from the Centers for Disease Control and Prevention that noted a dramatic increase in ivermectin prescriptions during the pandemic. Before 2020, ivermectin prescription rates from US doctors were low—just a few thousand a week for parasitic diseases like scabies. Yet by the week ending August 13, 2021, as the Delta variant began to sweep the United States and ivermectin advocates proliferated, that number had skyrocketed to 88,000 prescriptions. Chua recalls, “I thought to myself, ” Chua recalls, “I really hope insurance is not paying for that.”

No such luck. Chua’s team looked at an insurance database of 5 million patients with private insurance and 1.2 million with Medicare Advantage from December 1, 2020, through March 31, 2021. They identified about 5600 ivermectin prescriptions and found that private insurers paid 61 percent of the claims and Medicare Advantage paid 74 percent—roughly $36 and $39 respectively. Multiplying those costs by weekly prescription figures from the CDC alert, the team found that insurers would have paid roughly $2.5 million in one week alone. Once multiplied out over the course of a year, the costs added up to nearly $130 million.

The private insurance expenditures are wasteful, says Chua, but the Medicare costs are even more troubling because they’re “effectively forcing all Americans to subsidize that spending” for a drug that doesn’t work. But that’s not all. Chua’s finding is actually an underestimate of taxpayer money going to ivermectin: The database that he used didn’t include Medicaid expenditures. “If you included the Medicaid plan spending, that $2.5 million dollars would be a lot higher,” says Chua.

The sky-high ivermectin spending alarms Nick Sawyer, an emergency room physician who runs the group No License for Disinformation, which advocates for state medical boards to revoke the licenses of doctors who spread disinformation and prescribe treatments that aren’t backed by evidence. When insurers cover dubious treatments, he says, they reinforce the false idea that the treatments are somehow effective. He sees insurers’ coverage of ivermectin as a “failure by the system to stop the institutionalization and legitimization” of the drug as a treatment for Covid.

Chua’s findings are especially noteworthy when considering one of the main arguments of ivermectin proponents: The drug is cheap, often just a little more than a dollar a dose. Yet the study vividly illustrates that while individual costs can be low, on a population level, they add up fast. Sawyer notes that the costs of using an ineffective drug can be high in the long run. Indeed, poison-control centers reported receiving five times the number of calls about ivermectin in summer 2021 than they had before the pandemic.

What’s more, anti-vaccine activists often tout ivermectin as an alternative to vaccines—yet many Covid patients who have opted for ivermectin and other untested treatments instead of vaccines have required lengthy and expensive hospital stays. Neurologist and vaccine advocate Jonathan Howard wrote about that paradoxical dynamic in a recent article in Science-Based Medicine. He compared the $15-$20 a dose cost of mRNA vaccines, which prevent most hospitalizations, to that of an average Covid-19 hospital stay, which runs about $20,000. A significant part of that cost is treatments: Treatment with monoclonal antibodies typically costs more than $1,000, while the antiviral drug Remdesivir runs more than $3,000 for a course. Anti-vaccine activists often claim that vaccines are nothing more than cash cows for “big pharma”—yet their hospital stays turn out to be quite lucrative for those pharmaceutical companies.

Chua notes that while this study zeroes in on ivermectin, insurers and taxpayers are bankrolling other ineffective Covid treatments. Patients suffering from long Covid compound this problem: Because there is not yet one treatment that works for all patients, insurers often cover unapproved drug regimens such as the one I wrote about recently, which typically costs thousands of dollars a month. “A lot of this prescribing of medications is just because people are pretty desperate just to try anything,” says Chua. But “you’re doing that potentially at the cost of something that might actually work.”