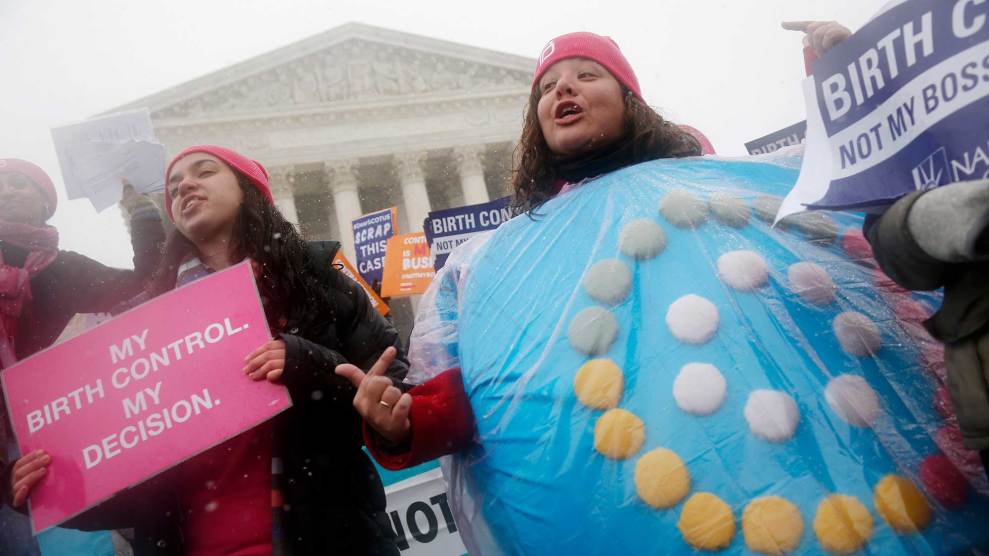 Protesters at a 2015 demonstration outside the Supreme CourtCharles Dharapak/AP

The final question from the audience at Friday night’s debate for the Republican candidates for Michigan attorney general was as straightforward as it gets:

“How do each of you stand on Griswold v. Connecticut?”

Griswold was the 1965 Supreme Court decision that struck down Connecticut’s ban on the sale of contraception. The landmark decision, a rare opinion to invoke the Third Amendment, articulated a “right to privacy” that would go on to be cited in Roe v. Wade. With the Supreme Court poised to strike down or at least thoroughly gut Roe, it was notable to see a conservative activist ask three men who oppose it, and who are aspiring to be the chief law enforcement officer of a state that still has an abortion ban on its books, what they think of the famous contraception case.

But that assumed that all the candidates even knew what Griswold was. No one immediately answered, but Tom Leonard, a former state speaker of the house who lost in 2018 to the current incumbent, Democrat Dana Nessell, eventually spoke up—to ask for clarification.

“Remind me,” said Leonard, who was endorsed in December by Right to Life of Michigan.

“Griswold v. Connecticut—do you know the case?” a moderator asked.

“Which—give me a quick—” Leonard said.

The voter explained what it was.

Next up was Ryan Berman, a current state rep, who could be seen pulling out a mobile device while Leonard was speaking.

“Yeah, you know what, I wasn’t familiar with Griswold v. Connecticut, but I’m an advanced legal researcher so I pulled it up real quick to look what it’s about,” he said. “And it says the court ruled that the Constitution did in fact protect the right of marital privacy against state restrictions on contraception. Again, I would have to look more into it and the reasoning behind it, but I’m all about states’ rights and limiting federal judicial activism.”

“I didn’t know we could have our phones up here,” said Matthew DePerno, the final candidate, who was endorsed by former President Donald Trump because of his role in spreading conspiracies about voting machines.

“Listen, all these cases that deal—Griswold, Roe v. Wade, Dobbs— these are all state right issues. I think that’s what we’re gonna see with the US Supreme Court. They’re gonna come down on the side that these liberty issues—number one, the wide expanse that was given on Roe v. Wade and this litany—are unworkable. The Supreme Court has to deal with that, has to decide, mark my words, that the privacy issue currently is unworkable. It’s going to be a state right issue on all of these things—as it should be!”

All 3 Republicans running for Michigan Attorney General just stated that they oppose the ruling in Griswold v Connecticut which outlawed prosecuting married couples for using contraception.

You read that right.