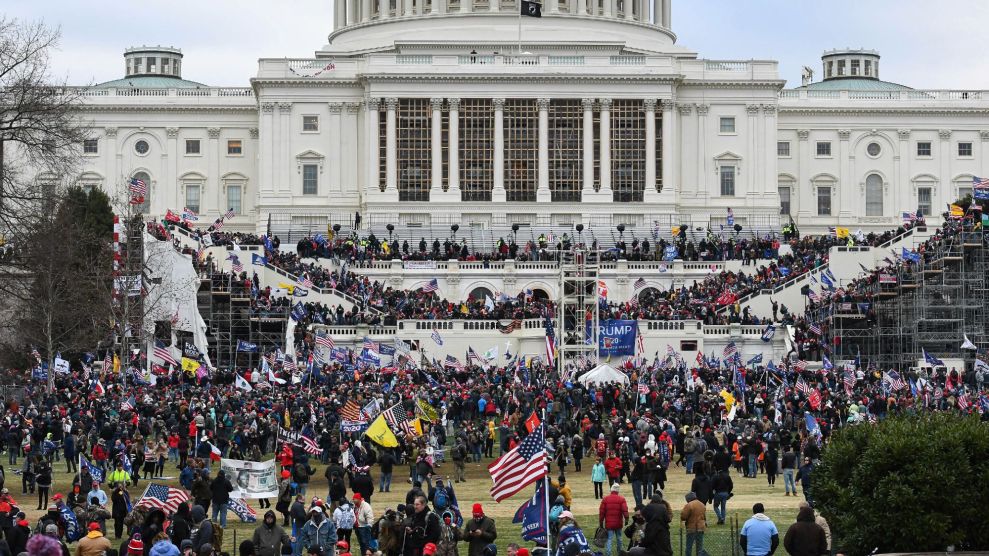 A Virginia deputy attorney general who oversaw election issues in the state resigned after a Washington Post investigation revealed she had used her Facebook account to spread various election conspiracy theories and praise the January 6 rioters.

Monique Miles was one of the top aides that Republican Attorney General Jason Miyares hired when he took office in January. In more than a dozen comments on the social media platform, she reportedly spread a number of blatant (and occasionally contradictory) falsehoods that have seeped through Republican circles since Joe Biden won the 2020 election: that massive voter fraud swung the election to Democrats (it didn’t); that January 6 was a peaceful protest (it wasn’t); and, eventually, that antifa and Black Lives Matter were the real forces responsible for violence at the Capitol (they weren’t.)

“News Flash: Patriots have stormed the Capitol,” Miles wrote, several hours after rioters had attacked the building. “No surprise. The deep state has awoken the sleeping giant. Patriots are not taking this lying down. We are awake, ready and will fight for our rights by any means necessary.”

Many of Miles’s Facebook friends didn’t seem happy with her inflammatory social media presence. “I failed you,” responded one of her high school government teachers in a comment to her post.

In a response to the Washington Post, Miles claimed that her views have evolved and attacked the outlet for performing a “character assassination” on a conservative Black woman. “The posts were made at a time when the news was still developing re: the facts around the election, the court cases, the Rally on the Ellipse and what happened at the capitol,” Miles reportedly wrote in an email to the Post. “That was before all the audits occurred. These posts have been taken out of context.”

She added that she considers Joe Biden to be her president “because he was certified as such.”

Before Miles’s resignation in the wake of the Post’s investigation, she worked as the deputy attorney general for government operations and transactions. In the role, she held a range of responsibilities, including “representing the state in election-related litigation” and advising both the Virginia Department of Elections and the Virginia Board of Elections.

The Post’s investigation constituted another reminder that conspiracy theories have taken root not only among vast swaths of the Republican base, but also among top GOP officials in positions of power. In fact, it’s hard to discern how, exactly, some of Miles’s posts differ from a resolution the Republican National Committee overwhelmingly approved a week ago, which held that the January 6 committee is investigating individuals involved in “legitimate political discourse.” (The claim has drawn fire from Republican elites as well as Democrats, with Senate Minority Leader Mitch McConnell harshly criticizing it.)

Indeed, what might be most surprising about Miles’ resignation isn’t that she held these extreme views but that she faced any consequences for them.