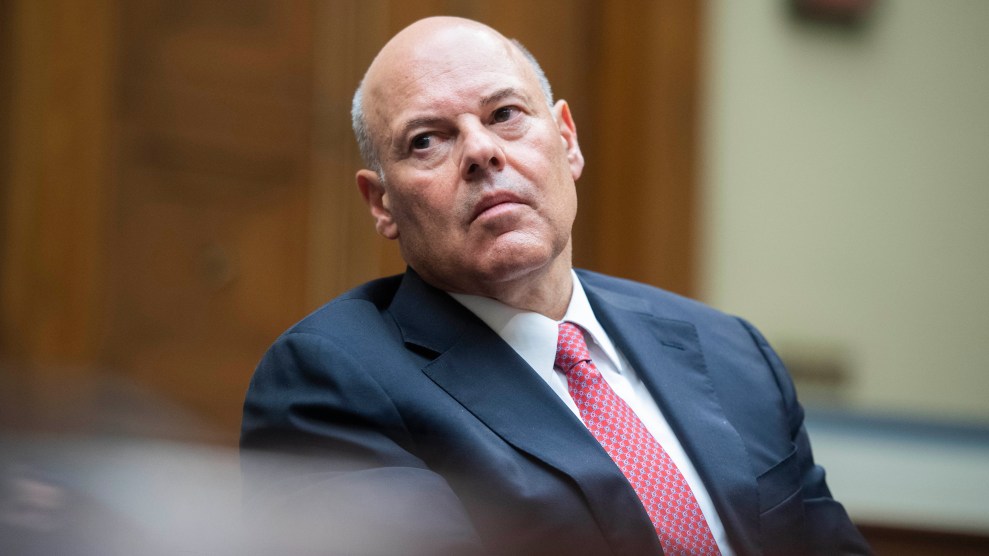 As postmaster general, Louis DeJoy has been mired in controversy. Appointed in May 2020 after making massive donations to Donald Trump, DeJoy has sought to implement a plan of austerity to the United States Postal Service. Ahead of the 2020 election, during which a record number of Americans voted by mail, DeJoy took a number of actions that slowed down mail service, including prohibiting overtime and decommissioning hundreds of sorting machines.

DeJoy’s most recent controversy has been less publicized: a plan to purchase a fleet of gas-guzzling mail trucks, against the wishes of the Biden administration, for $6 billion.

The purchase would be a large investment in infrastructure that will further climate change and be even more costly in the future. President Biden has stated his goal of having federal agencies phase out the use of gas-powered vehicles. But he has no power over the decisions of the USPS, an independent agency.

That leaves enforcement up to Congress. And they might be able to stop him.

This month, Rep. Gerry Connolly (D-Va.) introduced a bill that would prohibit the United States Postal Service from moving forward with a contract for a new fleet of mail trucks unless 75 percent of those trucks are electric.

“Weaning ourselves off of fossil fuel dependence is a major part of trying to cope with greenhouse gas emissions,” Connolly said. “Replenishing [the postal fleet] with vehicles that are electric and hybrid would go a long way towards helping to change the nature of fuel in US vehicles on the roads.”

Because the USPS contract with Wisconsin-based Oshkosh Defense is already finalized, legislators will need to move “with all deliberate speed” in their last-ditch effort to secure a green postal fleet, Connolly told me.

The USPS, with its generally short routes and designated nightly parking spots, ought to be a perfect use case for electric vehicles, but it’s been hampered by bureaucracy, billions of dollars of made-up debt, and a postmaster general seemingly averse to spending and risk.

“When Mr. DeJoy puts his mind to it, he can marshal Republican votes for the Postal Service,” Connolly said. “There’s an appetite in Congress, if they’re willing to work with us, to fund this to ensure that they have a fleet that’s a 21st century fleet that embraces new technology and that is environmentally sensitive.”

As for the argument that some postal routes are too long for electric vehicles to be feasible, well, that’s true. But, by the USPS’s own estimate, those 70-mile-plus trips account for only 5 percent of the total postal routes. A fleet with 25 percent gas-powered trucks, as Connolly proposed, should be more than enough to cover those extra-long routes.

In early March, Congress passed a bill with overwhelming bipartisan support to overhaul the USPS’s finances. So Connolly doesn’t buy DeJoy’s argument that an electric fleet would be too expensive. Plus, he said, “with gas prices as high as they are right now, there’s a real opportunity to save money both at the operational level and with this capital investment.”

Correction: An earlier version of this story misstated the type of machines decommissioned by DeJoy.