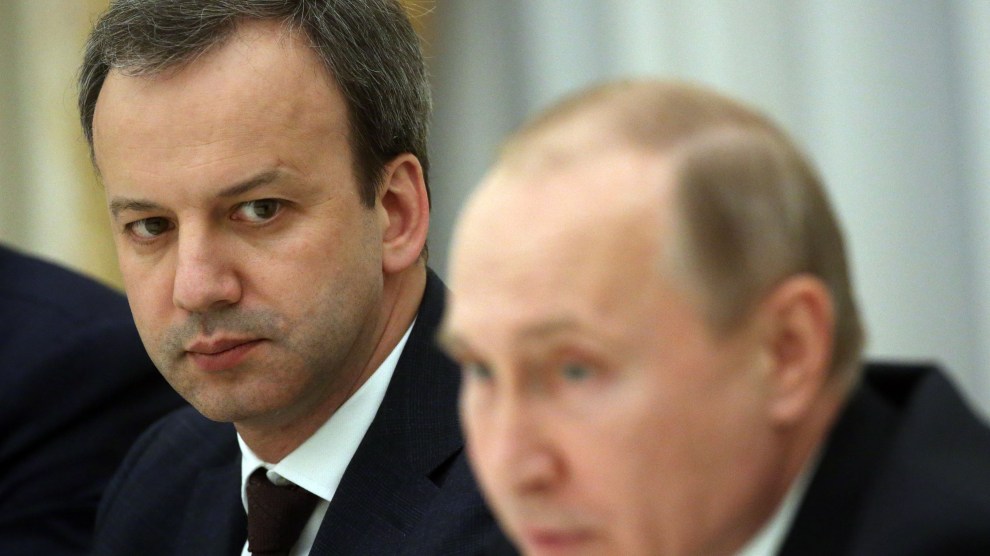 The former top Russian official who broke ranks with Kremlin leaders by condemning his country’s invasion of Ukraine in a recent Mother Jones interview has been forced out as chair of a prominent foundation for innovation and technology. The sudden resignation by Arkady Dvorkovich from the Skolkovo Foundation, announced today, follows demands for his “immediate dismissal in disgrace” by Russia’s Secretary of the General Council Andrei Turchak, who accused him of “national betrayal” for publicly rebuking the war.

Dvorkovich, who is president of the International Chess Federation (FIDE), had told me, “Wars are the worst things one might face in life…My thoughts are with Ukrainian civilians.” Within a day of our interview’s publication, senior party officials called for his ouster. “Do you think you can hide behind a chessboard…” asked the head of Russia’s space program, ex-NATO ambassador, and hard-line Putin ally Dmitry Rogozin, who is a former deputy prime minister of defense.

Dvorkovich is one of the very few, or only, recent top Kremlin officials to openly oppose the war: “Wars do not just kill priceless lives. Wars kill hopes and aspirations, freeze or destroy relationships and connections,” he had told me from Russia, where he said he was “safe with my family and friends.”

Turchak claimed Dvorkovich “took the side of the enemy” by criticizing the war. “He has made his choice,” Turchak said. “This is nothing but the very national betrayal, the behavior of the fifth column, which the president spoke about today.”

Vladimir Putin on Wednesday delivered a televised warning to anyone opposing his invasion of Ukraine, calling antiwar Russians “bastards and traitors” to be purged. His mandate has materialized. Rogozin had called Dvorkovich a “son of a bitch” for speaking out in Mother Jones, and Turchak said the “self-cleansing of society” must include Dvorkovich’s sacking as chair of the Skolkovo Foundation, the prestigious center that develops and commercializes advanced technologies.

His resignation was announced by Igor Shuvalov, chair of the foundation’s board of directors, who said Dvorkovich could no longer carry out his duties—which fall within Putin’s sphere of influence and party line—while opposing the war as FIDE president.

Dvorkovich had served at the Kremlin for 10 years. He was chief economic adviser to President Dmitry Medvedev from 2012 to 2018, chair of the FIFA World Cup Russian organizing committee, and chair of Russia’s state-owned railways. “I am not involved with any state-owned commercial companies” anymore, he told me. “There are some non-commercial public activities I am involved in, mostly in the areas of education and innovation.”

Dvorkovich joins scores of world chess leaders in decrying the invasion, including 36 top players and governing officials I interviewed from 18 countries. He remains president of FIDE despite calls by Ukrainian chess champions to oust him “as a person who,” with Kremlin ties, is “responsible for the formation of Russia’s aggressive foreign policy.”

Dvorkovich has not responded to requests for comment today on his Skolkovo resignation.