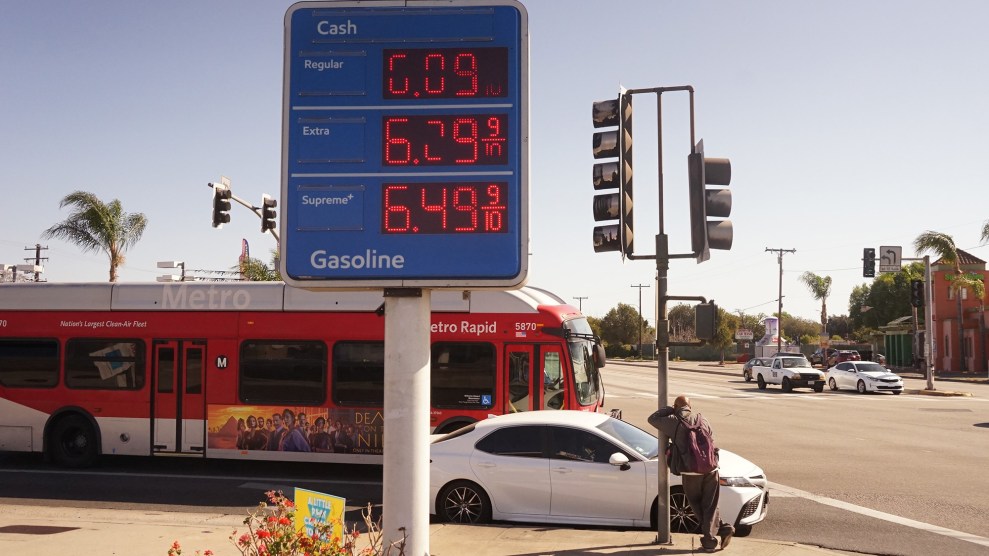 A gallon of gas now costs nearly a dollar more than it did on January 1. Surging gas prices are generating loads of economic pain, especially for low- and middle-income Americans who rely on their cars to commute, shop for groceries, and pick up their kids from school. So it’s no wonder that when expenditures surge at the pump, politicians start pointing fingers.

The Republicans are naturally blaming Democrats, claiming that environmental policies implemented by President Joe Biden have hamstrung Big Oil. The GOP has gone so far as to hold voter-registration drives at gas stations to siphon support from drivers mad about the recent hit to their bank accounts. Their claims are easily debunked. As the New York Times’ Linda Qui showed recently, “The primary reason for rising gas prices over the past year is the coronavirus pandemic and its disruptions to global supply and demand.” That one of the globe’s biggest producers, Russia, has embarked on a widely condemned invasion of its neighbor only compounds the situation, Qui reported.

For their part, Democrats, from Biden himself to progressive icon Rep. Alexandria Ocasio-Cortez (D.-NY), blame the oil industry, alleging price gouging at the pump. They observe that gasoline prices have stayed stubbornly high—the current national price is about $4.25 per gallon, according to AAA—even after a recent drop in crude oil prices. As of Monday, a barrel of West Texas crude trades at about $112.60, down from a high of $123.70 after Russia launched its invasion of Ukraine. Why, Democrats want to know, don’t gas prices reflect that drop?

Profiteering. And there should be consequences for it. https://t.co/4JJSJWySut

The Democrats’ argument goes like this: Crude oil is the raw material that gets refined into gasoline. When crude prices rise, it makes sense for gas prices to rise in proportion. But when crude falls, the oil industry juices its profits by keeping gas prices high, pocketing a windfall at the pump.

But these politicians have it wrong, too. As socialist economics commentator Doug Henwood showed recently, there’s no historical evidence that the oil industry artificially jacks up gas prices when crude prices fall. According to data stretching all the way back to 2000, Henwood finds, for every 10 percent change in the price of oil over the course of a year, the price of gas moves by just 4.5 percent. The relationship holds in both directions. So when the price of crude oil plunges, don’t expect the price of gas to fall by as much. Henwood adds that it “holds if you take the analysis back to 1975 instead of beginning in 2000.” Here’s his chart—note that gasoline prices fluctuate in tune with those of crude, but within a tighter range: 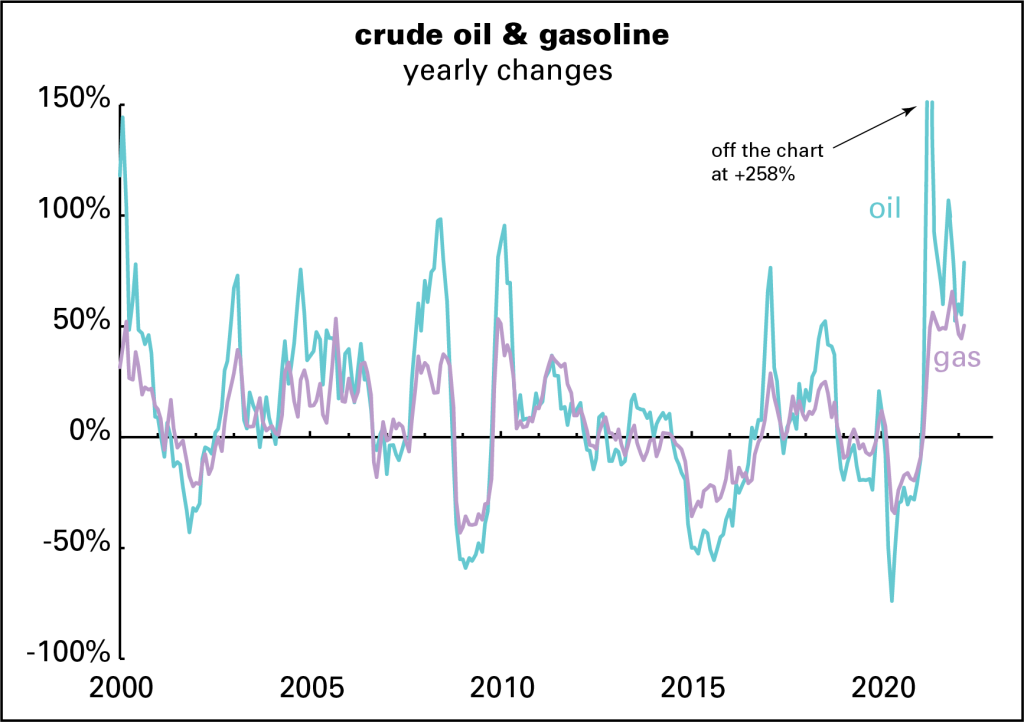 As for the lag—crude prices dropped last week, while gas prices stayed at heightened levels—that’s normal, says Jamie Webster, partner and associate director of Boston Consulting Group’s Center for Energy Impact. Like many industries, retail gasoline operates on what’s known in business-analysis circles as a “rockets and feathers” pricing model. Prices tend to shoot up fast when input costs rise or demand jumps, but float down slowly in response to the opposite conditions.

Webster says several factors underpin the dynamic. One is consumer behavior. When gas prices surge, drivers often immediately respond by refilling their tanks quickly, figuring they’ll have to pay more if they wait. By doing so, they’re artificially boosting demand, keeping upward pressure on prices even when crude drops.

Eventually, the gas price find its level in line with that of crude, he says. But, in the chaos of a war involving a major oil-producing nation that has emerged as a global pariah, crude prices continue to gyrate, and that extreme volatility is another factor in the stickiness of four-dollar-plus gas, Webster adds.

Moreover, the real windfall profits from high recent gas prices aren’t falling to the owners of gas stations or companies that refine crude into car fuel. Rather, they are falling to the industry’s “upstream” segment: the firms that pump or frack oil from the ground. “The rule of thumb is that the upstream companies are looking at dollars, while the refiners are looking at pennies, because refineries are basically taking in crude every day or every couple of days, and then selling the gasoline and hoping to get a relatively small margin.” Crude oil producers, by contrast, have seen their product nearly double in value over the past year.

Pain relief for Americans reeling from pricey gasoline won’t come from bashing oil refiners or speciously accusing the Democrats of burdening Big Oil with regulation. Eventually, if and when the Ukraine war and the pandemic end, the oil industry will re-enter one of its periodic bust cycles, and gas prices will drop accordingly. In the long run, easing the hardship consumers feel from high gas prices will depend on developing real alternatives to the gas-guzzling car: making cities more dense, better serving them with mass transit, and hastening the transition to electric vehicles.