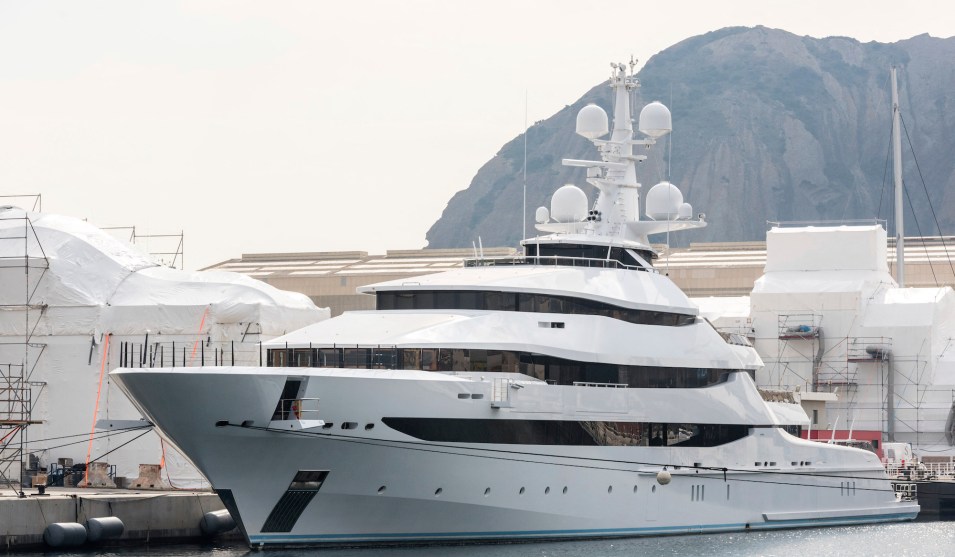 For years, Russian oligarchs have prepared for the possibility that Western governments might try to come after their wealth. Thanks to decades of relatively lax regulations on plane registration and boat ownership, many of Vladimir Putin’s closest allies are now rushing their most valuable assets to safety.

It shouldn’t be difficult to seize—or at least freeze and hang onto—the wealth Russian oligarchs have deposited in the West. After all, a mega-yacht is hard to miss, and private jets, some of the most valuable assets that can be purchased, can barely move across an airport taxiway without being directed and tracked by air traffic controllers. Earlier this week, France did manage to seize the 290-foot Amore Vero, owned by close Putin associate Igor Sechin, but it was one of the few oligarch-linked items taken since the war started.

But, as the Washington Post reported on Friday, American and European governments are finding their hands tied in actually taking control of the assets.

Rep. Stephen F. Lynch (D-Mass.) said the FAA’s aircraft registration system is flawed and undercuts the nation’s ability to oversee or punish Russian oligarchs and a range of other potential bad actors. He said the FAA has for years been “highly unresponsive” on the issue of making sure the agency knows who is registering and leasing planes in the United States.

Lynch said he agrees with the measures President Biden took to bar Russian flights. “But knowing the state of the law and administrative inadequacies, I’m less optimistic for his success unless we change the registration process,” Lynch said.

Lynch is not using hyperbole either. A 2017 Boston Globe investigation found that for just $5, planes can be registered in the United States and receive coveted US issued N-numbers—the identifying code on the tail of the airplane. The investigation found planes that could be tied to both Hezbollah and drug cartels had been registered in the United States through anonymous trusts that no one in the US government ever bothered to determine the true owner of.

Today, thousands of planes are registered using practices that can allow for anonymity of ownership. A Spotlight review shows that one out of every six aircraft is registered through trusts, Delaware corporations, or using post office box addresses, techniques commonly used to make it hard to discern the true owner. The number is likely even higher because the FAA acknowledged that it does not verify the validity of documents filed for the registry’s more than 300,000 planes.

The FAA might not know who really owns the planes, but that doesn’t mean their ownership is a secret. In fact, since the Russian invasion of Ukraine, the Twitter account @RUOligarchJets has gone viral based purely on tweets identifying the flight plans of Russian oligarch-owned planes. And earlier this week, transparency experts told Mother Jones that oligarchs who are sanctioned—or worry that they are about to be sanctioned—are scrambling to move their assets.

“We know that the yachts are showing up in Maldives, that their aircraft are showing up in the United Arab Emirates,” said Jodi Vittori, a Georgetown professor and expert on corruption and national security. The problem, Vittori said, is that property just can’t be taken arbitrarily.

“We don’t just want mass expropriations just because we can,” Vittori said. “The reason we’re doing this is for rule of law to prevail, we don’t want to undermine our own rule of law to do it.”

In fact, experts said that a big part of why oligarchs from Russia, and elsewhere, choose to hide their most valuable assets in the United States or Europe is because of the strong legal and banking systems that ensure a lengthy and elaborate process has to be followed before property can be taken.

Loopholes and lax enforcement have complicated the process as well. The Post cites a corporate transparency law passed by Congress last year, which should have made it harder for oligarchs to hide behind anonymous corporate ownership in order to fly their planes to safety. The Post noted that similar rules and regulations require the Coast Guard to know the true owner of “large recreational vessels”—yet no one is enforcing them.

As Vittori told Mother Jones: “Time is indeed of essence, and this stuff can be moved very quickly.” He added, “It’s not like the oligarchs will wait.”