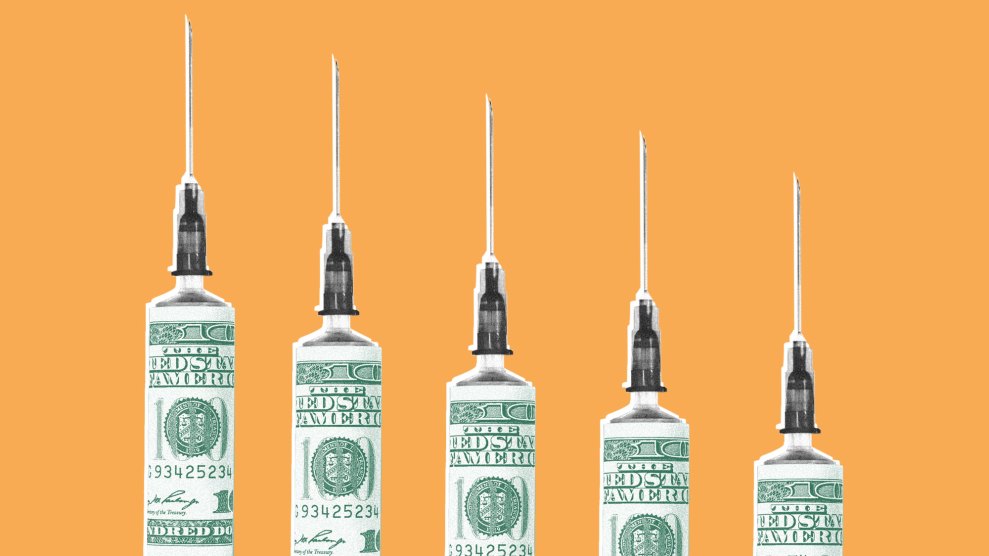 The United States is at risk of running out of money to fight Covid. Without additional funds from Congress, the White House warned last month, the country will see immediate consequences. Additional, free booster doses for all Americans won’t be possible. Medical providers won’t be reimbursed for treating, testing, or vaccinating uninsured patients. And the federal government won’t have enough cash to make new purchases of treatments like monoclonal antibodies or oral antiviral pills.

Much of the media attention around this possible crisis has focused on these immediate effects—some of which we’re already starting to feel. But perhaps equally concerning, experts say, is how a lack of money may hinder our ability to monitor possible future Covid outbreaks. As I wrote back in December, the United States managed to massively expand its genomic surveillance efforts—that is, our system for tracking new variants—over the course of 2021, in large part due to a boost in federal funds, around the tune of $2 billion. Over the course of the year, the country’s labs went from sequencing a few thousand genomes per week to nearly 100,000 per week by late November. And while Covid cases have since dropped dramatically, the country still sequences tens of thousands of samples per week—critical work that allows scientists to monitor which variants are circulating in the country.

“The only reason we know what’s out there, and potentially try to find what could be next, is through a robust routine genomic surveillance approach.”

But if additional funding disappears, experts say, so may a significant amount of that data, leaving us unprepared to detect and respond to the virus’ evolution. In a March 15 letter to Congress, Biden administration officials said that genomic surveillance efforts may be on the chopping block. “With reduced capability to perform adequate surveillance, the country will be prone to being ‘blindsided’ by future variants,” the letter states. The administration will be forced to “wind down” its surveillance programs, it reads, “leaving us less able to detect the next variant.” Making matters worse, the UK and Denmark, which until now have led the world with their variant-tracking efforts and have served as a sort of early warning signal to the US and other countries, are also making cuts to their programs, prompting concern from health experts.

There are signs that Congress is starting to listen: This week, the Senate unveiled a $10 billion Covid aid bill—less than half of what the White House initially requested—to continue testing, distributing vaccines, and purchasing therapeutics. But it’s unclear how much of that funding, if passed, will specifically go to genomic surveillance efforts and also how long the Covid cash would last. And the bill still needs to overcome significant political hurdles in the Senate and be approved by the House. (The White House and CDC did not immediately respond to requests for comment about the details of the bill.)

With funding up in the air, I reached out to Joseph Fauver, a genomic epidemiologist at the College of Public Health at the University of Nebraska Medical Center, which is working with the state to track variants, to get a better sense of what the lack of money from Congress may mean for Covid surveillance. It could be “a huge problem,” he emailed back immediately. Below is a lightly edited and condensed version of our phone conversation earlier this week.

Over email, you said that if federal funding for genomic surveillance runs out, that could be a big problem. Can you explain what you meant by that?

Broadly, it’s so short sighted. There are times when you ask yourself, “Have we learned nothing here?” In my mind, the pandemic, obviously, has been so far reaching and been so devastating for so many different reasons. But the things that have just totally altered the trajectory of the pandemic are variants of concern. And the way we find variants of concern is through sequencing and doing routine genomic surveillance.

I feel like the utility of those approaches, it’s unquestionable. It should just be standard practice at this point. The scale of sequencing can vary, sure. You can scale up and scale down, target specific areas if need be. But not having large-scale federal support for genomic surveillance moving forward seems like a very bad idea.

“These tools have led to so much information about why things are the way they are.”

When I give lectures on Covid, I often put a picture of the epi curve in the US, cases over time. And you can put a dotted line when we developed very efficacious vaccines. And the huge increases in cases after much of the country was vaccinated just don’t really make sense—unless you understand variants. And the only reason we know what’s out there, and potentially try to find what could be next, sooner rather than later, is through a robust routine genomic surveillance approach.

I saw that the UK plans to scale back a lot of their SARS-CoV-2 genomic programs. They've been the gold standard for the world this entire time. So it is concerning to hear that from multiple different fronts. They identified the first variants of concern and built this incredible infrastructure to link variants to different epidemiological and clinical outcomes. So these tools have led to so much information about why things are the way they are. And if they're going away, it stands to reason that we're going to be less informed moving forward.

Why is it useful for researchers to know what variants we're dealing with? What can they do with that information?

It allows us to study them and learn about them. And for something like Omicron, when it was first identified in Southern Africa, you could just look at the mutational profile in the spike gene and say, "Oh, this is probably going to be very immune-invasive," because it had similar mutations to other variants of concern. We've gotten to the point where we can say that, based on a virus' mutational profile, we might be able to understand something about it.

"We're not eradicating SARS-CoV-2. We should have an eye on what the evolution of the virus is doing for the foreseeable future."

What about vaccine development? Could genomic surveillance help us build variant-specific vaccines?

Absolutely. You can't get that information anywhere else. When the first SARS-CoV-2 genome was sequenced and made publicly available, that's what kicked off the start of vaccine development, because we knew what that sequence was.

I'm not going to pontificate on what the evolution of SARS-CoV-2 a decade from now looks like, but I sure would like to know what's happening. The virus has taken so many turns that so many people wouldn't have expected, myself included. I would never have guessed something like Omicron would come out. The BA.2 variant is incredibly transmissible. But the reason we know what it is and how it's different is because of genomics. So I think yes, in the short term, we're kind of at a crossroads right now, where cases are low. But I would argue we need to continue to do this, I think, even decades from now. We're not eradicating SARS-CoV-2. We should have an eye on what the evolution of the virus is doing for the foreseeable future.

The White House has also said without more funds, the country won’t be able to maintain its current testing levels. If that happens, what could that mean for genomic surveillance?

There's a direct correlation for sure. And the other thing is the rise of at-home testing and what that could look like for a genomic surveillance program. Because oftentimes, at-home tests don't get reported even to state and local health departments, let alone find their way to a sequencing facility. So I think those are bridges that need to be crossed and solutions need to be worked out. But the solution can't be that we're just not going to do either of those. It's just a bad idea.

If less funding becomes available for tracking variants, are there ways researchers could be more efficient and nimble in our sampling efforts? For example, South Africa, the New York Times reported, has managed to operate a robust surveillance effort on a lower budget by randomly sampling the country's provinces. Could we do that here?

The CDC, they do a version of that already. They have been doing an incredible job of this. They collect [hundreds of] samples from every state every week and sequence those to get that geographical coverage. I would hope that that would continue to happen.

When, if at all, is the right time to consider scaling back genomic surveillance? We sequence tens of thousands of coronavirus samples per week. Will that still be necessary 10 years from now?

I think what's important is to maintain flexibility and infrastructure. I'm clearly biased because this is the work that I do. But I think it should be expanded, and I think we need to be looking at this stuff in other infectious diseases. With SARS-CoV-2, it's been such a valuable tool. It's been so informative that it should just be something that we do routinely.

Now the scale—absolutely, we need to be flexible. There are not a lot of cases in the country right now. Does that mean right now we need to sequence everything? Or should we always have a target of 10 percent [of all positive samples]? I don't know. But I know that we need to have the infrastructure and expertise to scale as need be.

I don't know what the pandemic is going to look like a year from now, five years from now, 10 years from now. But we know that SARS-CoV-2 is with us for the long haul. And having the ability to keep an eye on its evolution—at whatever capacity experts deem necessary—I think is the big takeaway and the important thing here.