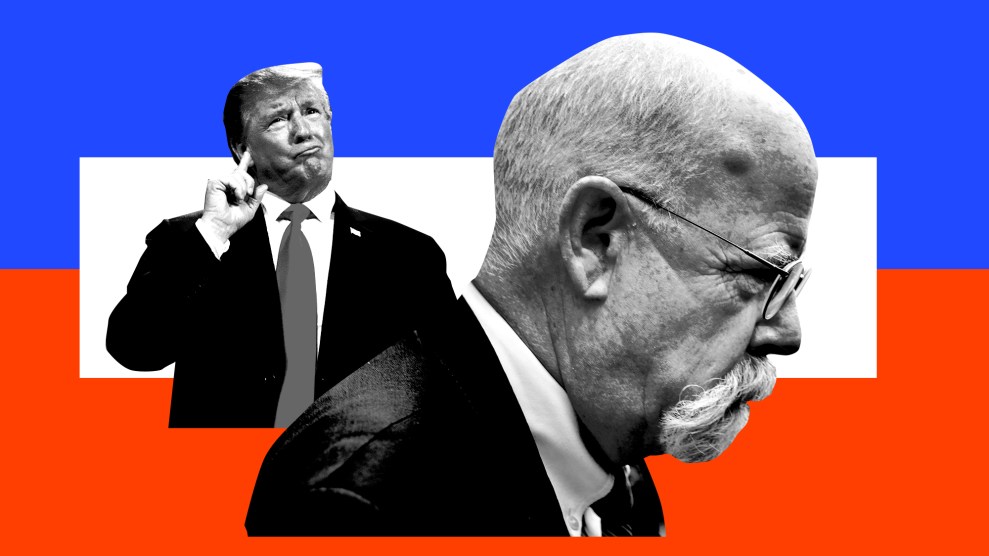 The Trump-Russia scandal feels like ancient history. But the truth still matters. And the narrative of what occurred remains fiercely contested, as advocates of the former president press the false claim that the entire scandal was a hoax fabricated by his foes.

A jury’s acquittal Tuesday of former Clinton campaign attorney Michael Sussmann, after just six hours of deliberation, on a charge he lied to the FBI in 2016 when he shared a tip about potential ties between the Trump campaign and Russia, was an embarrassing defeat for the three-year-plus investigation of special counsel John Durham. But it was also a blow against the attempt to rewrite history to vindicate the wild lies of a man who hopes to be elected president again.

Durham was first appointed by Attorney General William Barr in May 2019, just after Barr used lies to bury special counsel Robert Mueller’s report into Russian interference in the 2016 campaign. Durham’s charge was to investigate the origins of DOJ’s Russia investigation and determine if related intelligence collection was “lawful and appropriate.” (Barr gave Durham special counsel status in October 2020.) Durham has not identified any wrongdoing on that front. But by prosecuting Sussmann, his team cast a spotlight on the Clinton campaign ties to researchers who unearthed allegations about Trump, and seemed to deliberately release cherry-picked information intended to work up Trump backers.

The context is important here. By the time of Sussmann’s September 19, 2016, meeting with FBI General Counsel James Baker, allegations surrounding Trump and Russia were already a big deal. After Trump urged Russians to target Clinton’s emails, a group of cybersecurity researchers began looking into server data for possible covert communications between the Trump Organization and the Kremlin-connected Alfa Bank. Those researchers contacted Sussmann, who represented both the Clinton campaign and a tech executive involved in the organizing the research.

Sussmann helped the Clinton campaign try to get media coverage of the data. He also shared the data with the FBI. Durham’s entire case against Sussmann was based on an allegation that Sussmann lied in that meeting by stating that he was not representing a client: Clinton. Durham alleged that Sussmann wanted to prompt an FBI investigation into the server matter to make it more likely the press would report on it. The jury clearly didn’t buy this. Prosecutors failed to show anyone in Clinton’s camp directed Sussmann to contact the FBI. Nor was it clear Sussmann billed Clinton for the meeting. The case against Sussmann, as critics noted when he was charged, and a jury just confirmed, was strikingly weak.

So it is hard to avoid the conclusion that Sussmann’s case is a real example of what Trump and his cronies claimed the Mueller investigation was: a political prosecution.

Durham’s conduct since charging Sussmann has furthered this impression. In court filing in February, Durham indicated that the cyber researchers had also improperly shared data of Russian-made phones being used near the Trump White House in a spurious attempt to smear his administration. Trump and right wing press then declared, falsely, that this meant the Clinton campaign had paid researchers to spy on the Trump White House. (Actually, the cell phone data was gathered when Barack Obama was still president.) The judge in the case faulted Durham’s prosecutors, calling the cellphone data an unnecessary “sideshow,” prompting Durham to disavow the “spying” charges his motion had sparked.

A bigger problem with Durham’s case is that the Alfa Bank server issue had no evident effect on the Russia investigation. The FBI, we know now, was already investigating Trump’s ties to Russia when Sussmann met with Baker. So the server connections didn’t cause the investigation. They in fact seem not to have factored into it at all. Special Counsel Robert Mueller never mentioned the server links. The Senate Intelligence Committee’s lengthy 2020 report devoted just a few paragraphs to the issue, and dismissed it: “The Committee did not find that the DNS activity reflected the existence of substantive or covert communications between Alfa Bank and Trump Organization personnel.” Even if Sussmann had been guilty of the charges against him, his tip had no impact.

All the exertions of Durham and Trump backers to suggest malfeasance in the origin of the Trump Russia investigation cannot alter what was found: Trump knowingly benefited from Russian efforts to interfere in US politics on his behalf. He lied extensively about his campaign’s ties to Russia, about the business interest he had in Russia, even as he publicly sucked up to Vladimir Putin. He obstructed justice to cover up his actions.

It’s true that suspicions of a more organized conspiracy, despite some unresolved evidence, have not been borne out. And early speculation that drew wide attention, including the server story, have gone unsubstantiated. Some claims were overhyped. But Donald Trump and his enablers are running a campaign to use this lack of a resolution, this muddle, and the human dislike of nuance, to declare he did nothing wrong at all when it comes to Russia.  He will probably repeat this on the campaign trail. It is a lie, a false narrative. It took a hit Tuesday.