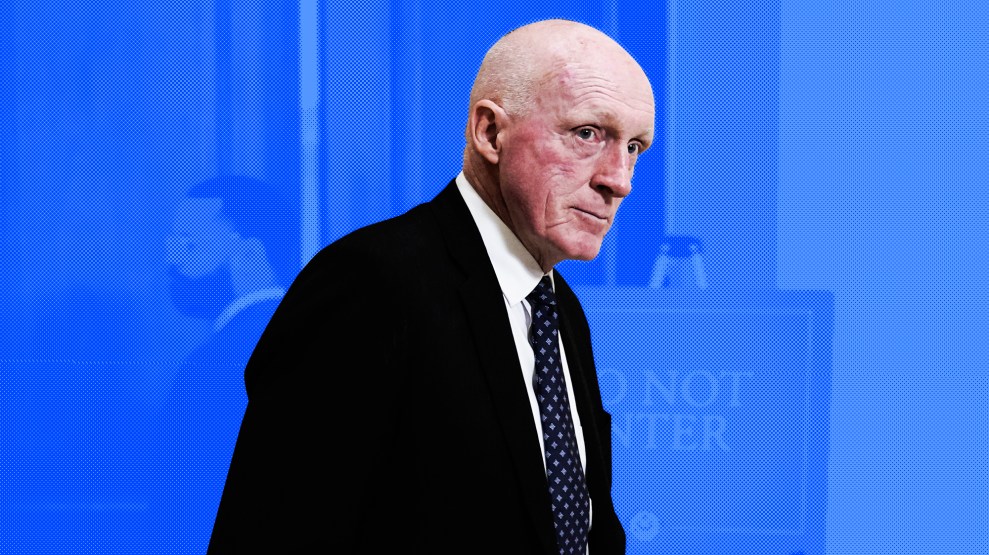 If you didn’t know any better, you could be forgiven for assuming that the far right was waging a campaign to get Merriam-Webster to add “my political enemies” to its list of definitions of “pedophile.”

For years, “pedophile” (often shortened to “pedo”) was used as semi-ironic 4chan shorthand for anyone internet trolls thought was a weirdo. More recently, QAnon’s misplaced “save the children” paranoia has helped this sentiment germinate among the non-4chan normie masses. For a bit, the pedophile accusations were reserved for elite, liberal gatekeepers—the high-profile Democrats featured in John Podesta’s hacked emails, for example. But now, literally anyone who stands even slightly in the way of the right’s agenda might be called a pedophile.

Testifying Tuesday before the January 6 committee, Rusty Bowers—the Republican speaker of the Arizona statehouse—somberly explained how this happened to him after he refused to help Donald Trump overturn Joe Biden’s victory in that state. In response, right-wing protesters began showing up at his home, where he lives with his wife and daughter.

“It is the new pattern…in our lives to worry what will happen on Saturdays because we have various groups come by,” Bowers said. “They had video panel trucks with video of me, proclaiming me to be a pedophile and a pervert and a corrupt politician.”

These kinds of often-unfounded accusations have become increasingly common weapons wielded by conspiratorial right-wingers who believe the election was stolen from Trump. But they also fit into a long-standing framework of weaponizing children as a part of far-right political projects.

In 2019, while QAnon was gaining steam but had not yet gone fully mainstream, I wrote about the history of political movements baselessly portraying children as being in grave danger, as in the moral and Satanic panics of the 1980s:

Pedophile conspiracies act as a sort of propaganda of the counterrevolution, a fun-house reflection of the real threats to the social order. This is what connects QAnon and Pizzagate to [the] McMartin [preschool scandal] to the witch hunts of the Middle Ages to the dawn of major religions. The demons may take different forms, but the conspiracy is basically the same: Our house is under attack.

Notions of white innocence and victimhood—which oftentimes but not always concentrate on the idealized child and family—are incredibly potent…Those ideas helped propel the (bipartisan) war on drugs and mass incarceration, the Second Red Scare, the opposition to busing and school desegregation, the global war on terror, and beyond. Moral/sex panics concerning children flow from these powerful ideas and help shape rhetoric and policy on a whole range of issues in US political culture.

QAnon, and the 80s moral panics that preceded it, established a more elaborate and convoluted mythos. Children were being kept in tunnels for a sprawling child sex trafficking ring run by elite pedophiles, and the proof was sitting in plain sight for anyone willing to do the research. This has become so normalized that people attacking Bowers might not even waste their time concocting fabulous stories. They just cut straight to the chase and call him a pedophile. They don’t explain any further, because they don’t need to.