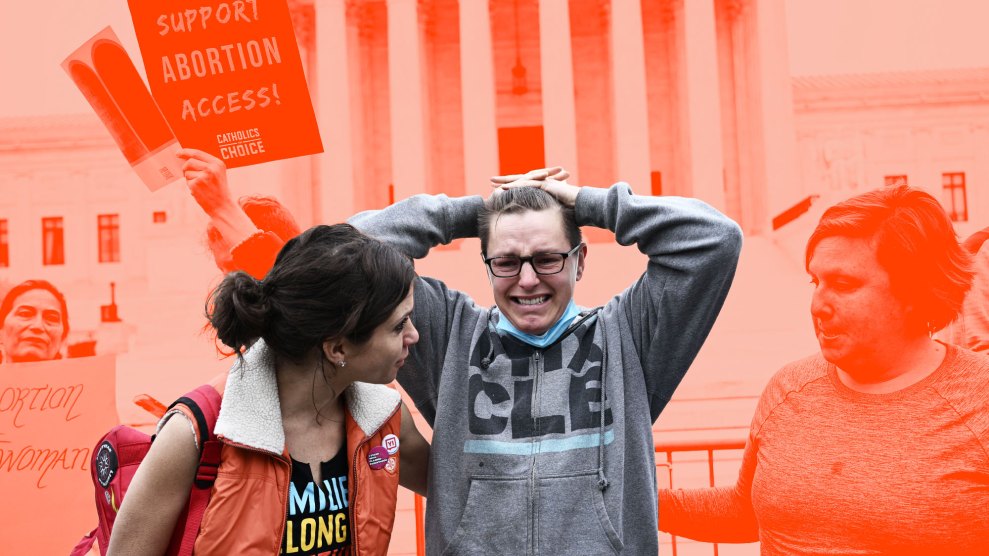 Well, folks, the decision is here.

As expected, in Dobbs v. Jackson Women’s Health Organization, the Supreme Court has ruled 6-3 in favor of bypassing the precedents established in the 1973 Roe v. Wade and 1992 Planned Parenthood v. Casey rulings and upholding a law passed by Mississippi in 2019 that bans abortion at 15 weeks. The opinion nullifies the constitutional right to an abortion and significantly weakens the right to privacy, which will likely spell more trouble ahead for contraceptive rights and LGBTQ+ rights. More immediately, 13 states have trigger laws on the books that will ban abortion immediately. (The procedure is already banned in Oklahoma, which didn’t even wait for SCOTUS to rule.)

Today’s ruling gutting abortion rights has been expected since early May, when Politico published a leaked draft of the opinion, in which Justice Samuel Alito declared, “It is time to heed the Constitution and return the issue of abortion to the people’s elected representatives.” That sentiment stands.

The right to abortion has been on the books for half a century. But two generations of conservative legal activism primed the Supreme Court for today’s tectonic decision, and with the fall of Roe, former President Trump secured a defining moment for his far-right legacy: It was his appointees who finally tipped the balance on the court, and ensured this ruling’s majority.

Justice Samuel Alito’s majority opinion fundamentally rejected the idea that Roe should remain under the doctrine known as stare decisis, the concept that protects legal precedent. “We therefore hold that the Constitution does not confer a right to abortion,” Alito writes. “Roe and Casey must be overruled, and the authority to regulate abortion must be returned to the people and their elected representatives.”

While Chief Justice John Roberts voted with the majority, he issued a concurring opinion that differed by saying that the majority’s argument did not require the court “to take the dramatic step of altogether eliminating the abortion right first recognized in Roe.”

The three liberal justices, writing in dissent, decried the decision for discarding “a known, workable, and predictable standard in favor of something novel and probably far more complicated,” setting states against each other, and producing innumerable legal battles to come. “The majority’s response to these obvious points exists far from the reality American women actually live,” they wrote.

“This morning, the radical Supreme Court is eviscerating Americans’ rights and endangering their health and safety,” House Speaker Nancy Pelosi said at a swiftly convened press conference. “Today the Republican-controlled Supreme Court has achieved its dark extreme goal,” she said, laying the blame at the feet of Trump and Sen. Mitch McConnell, accusing them of “criminalizing health freedom.”

She also warned of a nationwide abortion ban if Republicans win both houses of Congress in November.

Immediately, activists on both sides descended on the Supreme Court Friday morning to celebrate and protest. Liberal and progressive leaders across the country scrambled to pull together legal responses to ensure the continuation of the right to abortion in their states.

This is a breaking story. We will update this post as we digest the full legal opinion. Check back at motherjones.com for more updates on abortion access.