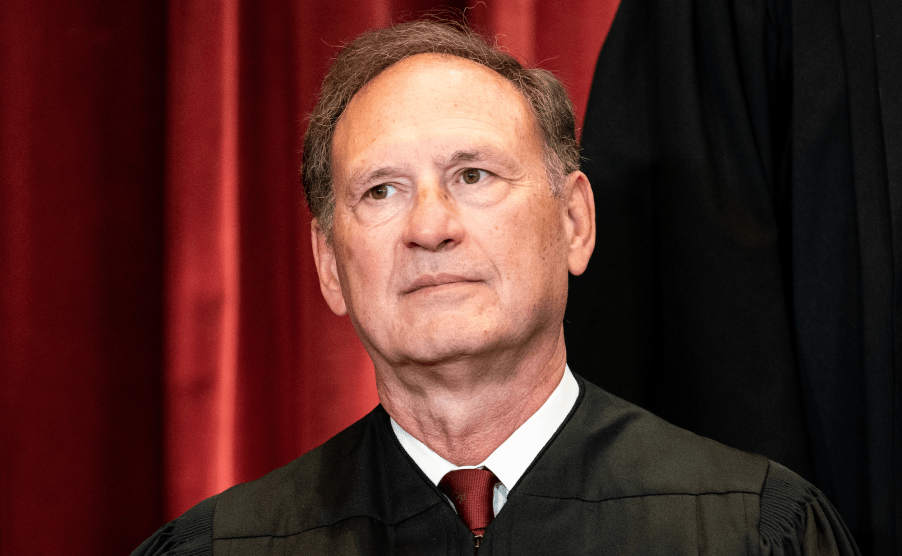 High off the fumes of the Supreme Court’s decision to strike down the constitutional right to an abortion, a beaming Samuel Alito has emerged to try his hand at comedy. It did not go well. More critically, it further exposed an overtly political Supreme Court justice teeming with condescension for his critics.

“I had the honor this term of writing, I think, the only Supreme Court decision in the history of that institution that has been lambasted by a whole string of foreign leaders—who felt perfectly fine commenting on American law,” Alito said during a speech on religious freedom in Rome last week. The remarks, which emerged in video clips Thursday, prompted laughter from the crowd.

Alito went on to take specific aim at Justin Trudeau and Emmanuel Macron for condemning the decision to overturn Roe. As for Boris Johnson, who had also criticized the Roe reversal as a “backward step,” Alito joked that the British prime minister has “paid the price,” alluding to Johnson’s recent resignation. He went on to sarcastically claim that of all the critics, it was Prince Harry who had “really wounded me.”

Of Boris, Alito quipped: "He paid the price." https://t.co/NPqalw0KA6 pic.twitter.com/xC0qguZ31n

As astounding as it may be to watch a Supreme Court justice give such an overtly political speech, in many ways, this is perfectly fitting for Alito. As my colleague Stephanie Mencimer wrote after the Dobbs decision was handed down, Alito has long telegraphed a deep condescension for lesser morals.

That intellectual arrogance is coupled with a breathtaking lack of empathy that shines through his decisions, including Friday’s abortion opinion. His jurisprudence has exuded a hostility to women that is extreme even for many conservative judges. The justice famous for rolling his eyes at his female colleagues during oral arguments has been an ardent abortion foe since at least the early 1980s, when he argued cases before the Supreme Court while working for the Reagan Solicitor General’s office. He touted his experience fighting abortion rights in court in a 1985 letter expressing his interest in a political appointment at the Justice Department.

Alito’s jokes abroad—dripping in condescension and equal parts cruel and awkward—should therefore come as no surprise. Nor should the chilling ease with which he dispenses such public mockery of his critics. It comes as people around the country scramble to access proper health care in the wake of last month’s decision. Pregnancy loss has warped into legitimate medical nightmares. Hospitals, confused amid the chaos and fear of abortion bans, refuse care. And some have altogether stopped trying to conceive anymore. “We don’t feel like it’s safe in Texas to continue to try after what we went through,” one woman recently told the New York Times in a devastating post-Roe account. One has to wonder what she, and the countless others suffering right now, think of Alito’s comedy tour.