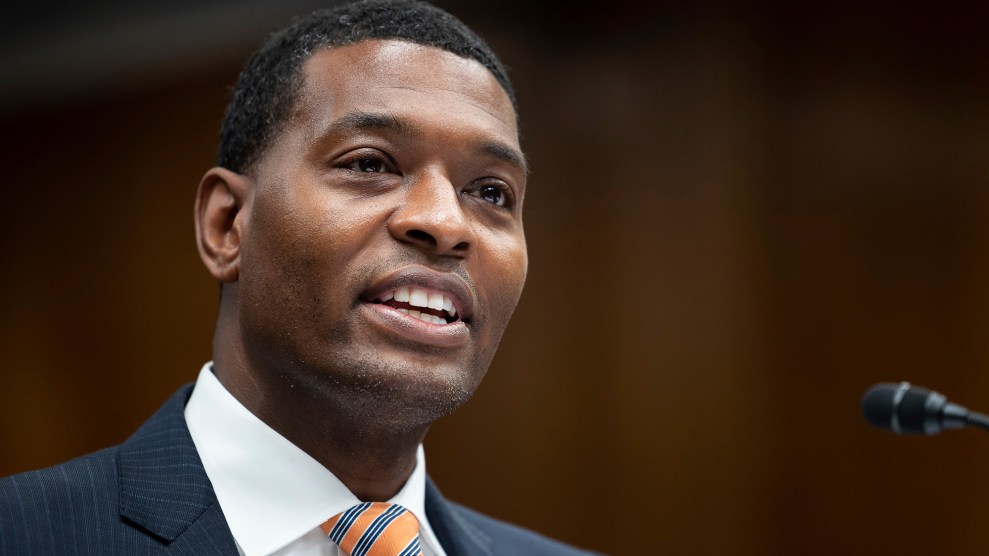 On June 30, the Supreme Court decided that the Environmental Protection Agency under President Obama had overstepped its authority by creating the Clean Power Plan that would force the U.S. to transition from coal to cleaner sources of electricity. “A decision of such magnitude and consequence rests with Congress itself,” the court concluded in West Virginia v. Environmental Protection Agency. Congress, however, has failed to address climate change in decades and is unlikely to do so any time soon.

Even though the Clean Power Plan never took effect, the shift away from coal is happening far more quickly than the Obama administration predicted. EPA Administrator Michael Regan has promised to build on that progress despite the court ruling, noting that coal plants pollute the air, water and land in various other ways and that the agency will still require them to clean up their act. Many of those plants will shut down rather than pay to install pollution controls. “The decision does constrain what we do, but let me be clear it doesn’t take us out of the game,” Regan told the PBS NewsHour in early July. “We still will be able to regulate climate pollution.”

To Earthjustice lawyer Jenny Harbine, though, the EPA’s talk of its response to the Supreme Court ruling rings a bit hollow. Harbine is currently representing environmental groups that are fighting the agency in court in a case involving coal plants and pollution.

The Biden administration is defending a Trump-era rollback of an Obama rule that would have required the large coal-fired power plants in Utah to install widely used pollution-control devices. The Huntington and Hunter power plants have long contributed to the haze shrouding the skies over the state’s national parks—including Arches, Bryce, Canyonlands and Capitol Reef—and its wilderness areas.

“It’s really hard to see the administration issue press releases about how they’re adopting a multi-pollutant strategy to address greenhouse gases and know this very low-hanging fruit is sitting there in the state of Utah,” Harbine said. “I’m frustrated because I know that there is such an urgent need to make progress now, and shutting down the biggest polluters is the first step in doing that. When I hear the administration expressing similar urgency, I can’t square it intellectually with the decision that they’ve made in Utah to defend an illegal Trump-era rollback.”

An EPA spokesperson told High Country News that the agency would not comment due to pending litigation. But Matt McPherson, a spokesman for Utah’s Department of Environmental Quality, said that requiring the plants to install the equipment was “not necessary to meet the reasonable progress requirements of EPA’s regional haze rules and is not a cost-effective strategy to control regional haze.”

Even as the EPA resists taking action in Utah, it has a wide range of regulations already on the books or currently planned that are aimed at reducing greenhouse gas emissions. It has proposed rules limiting methane emissions from oil and gas facilities and is targeting vehicle tailpipe emissions. The Supreme Court ruling expressly leaves the EPA with the authority to regulate pollution from the electricity sector — as long as it doesn’t order plants to switch from coal to renewable energy the way it would have under Obama’s plan.

Regan said that his agency also plans to tighten regulations that would force power plants to clean up pollution — in many cases, an expensive undertaking. He made it clear that he hopes that the owners of coal-fired power plants will decide to close dirty facilities rather than spend the money to clean them up. “They’ll see it’s not worth investing in the past,” Regan said.

In Colorado, Xcel Energy recently agreed to close its Comanche coal plant in Pueblo, the state’s single largest emitter of carbon, by 2031. And Gov. Jared Polis said the Supreme Court’s ruling will not slow his state’s plans to shut down all its remaining coal-fired power plants as it rapidly shifts to wind and solar energy. “We have already locked in the closure of Colorado’s coal plants no later than 2031, because they produce the highest-cost electricity,” Polis said in a statement. “Colorado utilities are already on a path to meet or exceed 80% renewable energy by 2030.”

Economics are playing a critical role here. Cheap, abundant natural gas, the rise of renewables and a crackdown on dirty coal by the EPA and some states have all combined to drive utilities away from coal, reducing carbon pollution from the electricity sector by a third, more than a decade earlier than EPA thought the Clean Power Plan would. Even after an uptick in coal use in 2021, the United States used only about half as much coal to produce electricity as it did 15 years earlier. Meanwhile, renewable energy has overtaken coal as a source of electricity.

There’s “a shift of electric generation to cleaner sources anyway, and I don’t think this decision is going to slow that down.”

“The electric utility sector is shifting away from coal regardless,” said Amanda Shafer Berman, who as a senior attorney for the Justice Department defended Obama’s Clean Power Plan in front of the U.S. Court of Appeals D.C. Circuit in 2016. “There are trends that are resulting in a shift of electric generation to cleaner sources anyway, and I don’t think this decision is going to slow that down.”

The Supreme Court’s ruling has given the EPA a better idea of what kind of climate regulations are likely to withstand future court challenges. “Maybe the Supreme Court did them a favor,” said Pat Parenteau, a law professor at Vermont Law and Graduate School. “If the EPA had gone back to anything like the Clean Power Plan, this court would have killed it anyway.”

Experts caution that any EPA plan to regulate carbon dioxide from power plants would probably end up in court anyway, resulting in years of delay. “The trouble is there are still a lot of states that will challenge the next rule that comes out of EPA, whatever it is,” said Berman, a partner at Crowell & Moring, a large private law firm with offices around the globe. “A suite of the red states will challenge it, and any greenhouse gas regulation will again get mired in litigation.”

That’s where the EPA’s multipronged approach comes in. In a March speech, Regan ticked off a list of responses, including a good neighbor rule requiring power plants and industrial polluters in 26 states to reduce air pollution in downwind states. The agency would also tighten and expand an existing rule to include Nevada, Wyoming and Utah and California. And the EPA is planning tighter regulations for mercury and other toxic emissions from coal plant exhausts, coal ash waste and toxic releases into waterways.

“The cumulative effect of all these other tighter standards are really going to put more coal plants out of business,” Parenteau said. “The question is: What are they going to be replaced with? Probably gas, in a lot of places.”

Generating electricity with gas instead of coal reduces greenhouse gas emissions by about half. But natural gas is mostly methane, an extremely potent greenhouse gas, and a lot of methane leaks when companies drill, process and transport it. The EPA is working on a rule to cut those emissions, too.

Even so, replacing coal with gas would not achieve Biden’s goal of reaching 100 percent carbon pollution-free electricity by 2035.

But environmental activists say Regan could force some of the biggest power plants in the country to close by rejecting requests from at least six plants, including the Coal Creek plant in North Dakota, that want to continue operating their outdated coal ash waste systems indefinitely. The EPA has yet to respond to those requests. In the meantime, the plants keep using their outdated systems.

If the EPA said no to outdated coal plants, “we would likely see them retire…If you push them, they will close.”

“If he denied (the plants), we would likely see them retire,” said Bruce Nilles, executive director at Climate Imperative, a foundation working on climate change solutions. “If you push them, they will close.”

An agency spokesperson said the EPA is working to respond to the requests, which can include thousands of pages of documentation, and that it will publish its decisions as soon as possible.

A coalition of groups sued the EPA in April, after 34 states failed to meet a requirement to submit plans showing how they would improve visibility at national parks and wilderness areas, as required by the regional haze rule. The groups called on the agency to reduce emissions and “lock in retirement dates” for big polluters.

This is the rule that Obama’s EPA was enforcing when it required PacifiCorp to install pollution equipment on its Huntington and Hunter plants, the first- and third-largest carbon emitters in Utah. PacifiCorp has argued that the “tremendous costs” of installing the equipment are “unreasonable,” citing coal plants across the country that had closed rather than install similar pollution controls.

By defending Trump’s rollback, the Biden administration is allowing PacifiCorp to avoid a choice “that could make significant progress towards our shared goals of averting climate catastrophe,” Harbine said.

“It’s inexcusable. This is the first and easiest thing the administration should have done to tackle air pollution in the West,” she said. “We expect constant pushback from industry on things like this. It simply can’t be the case that EPA folds when it feels pressure. The EPA has to stick to its guns and make the decisions necessary to achieve the pollution reductions we need as a public to move forward.”