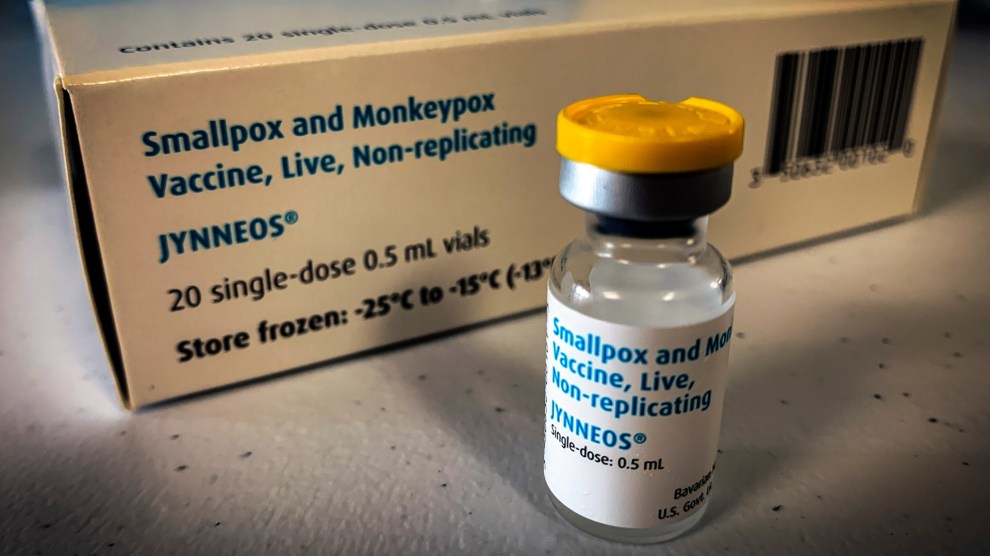 Two months after monkeypox reemerged in the United States this year, health officials and physicians are reporting delays and limited availability of tests, vaccines, and treatments against the virus. For many working in healthcare, it’s déjà vu.

At the start of the Covid pandemic, you may recall, the federal government struggled to provide Covid testing across the country. (My colleagues put together an extensive timeline of the Trump administration’s early pandemic response, or lack thereof, here.) But unlike Covid, monkeypox isn’t new to the world (it’s considered endemic in parts of Africa). So at least in theory, the US could have been well-prepared for an outbreak.

Now, monkeypox has infected about 1,500 people across the country, according to the Centers for Disease Control and Prevention, with hotspots in New York, California, and Illinois. So far, the virus has spread primarily among men who have sex with men, but the CDC cautions that anyone who has close contact with someone with monkeypox can contract the virus, which causes smallpox-like symptoms including fever, headache, chills, and a pimple-like rash. No deaths have been reported in the US.

The Biden administration, for its part, says it is "incredibly focused" on issuing vaccines and is working on expanding testing. But many experts are expressing their frustration with how slow the process has gone.

First, there's the vaccine: As CNN reported on Thursday, there are approximately 1.5 million people who are eligible to receive Jynneos, a vaccine that protects against monkeypox and smallpox. So far, more than 132,000 doses have been distributed, according to data from the US Department of Health and Human Services, but health officials on the ground say it hasn't been enough. “We got an allotment of 200 vaccines," Dr. David Holland, the chief clinical officer of the Fulton County, Georgia, Board of Health, told CNN, "and the appointments for that went in about an hour and a half."

Similarly, New York Mayor Eric Adams has also said the city hasn't received enough vaccine doses, even as it reportedly makes up about a third of all monkeypox cases nationwide. "While we appreciate the approximately 7,000 vaccine doses that have been sent to New York City thus far, and the approximately 14,500 vaccine doses we expect to receive by the end of the week, we urgently need far more to slow [the] spread and protect at risk populations," Adams wrote in a letter to President Joe Biden on Monday. "Within less than 10 minutes of releasing new appointments for our vaccine clinics last week, all appointments were taken."

Obtaining monkeypox treatments and tests has also been a headache for local health officials. On Friday, the Washington Post reported that in order to prescribe the antiviral Tpoxx to patients, doctors say they must fill out dozens of pages of paperwork per patient. “There’s a ton of paperwork, there’s a ton of assessments that are required, there’s a tremendous amount that one has to do to be able to administer this drug to someone," Roy Gulick, a New York City physician told the Post.

A lack of available tests means that the country is probably behind in counting cases. “I think one of the challenges that we have is that we’re simply not doing enough testing," Dr. Carlos del Rio, the executive associate dean at Emory University School of Medicine, told CNN, "so there probably are much more cases than we actually are currently registering."

While the Biden administration announced late last month that expanded testing would soon be available through commercial labs, doctors like Dr. Libby Hohmann, an infectious-disease physician at Massachusetts General Hospital told the Post that her hospital was still relying on state labs for its monkeypox testing. "The testing is limited," she said.

This may all sound sadly familiar. As New York City Councilman Erik Bottcher told the New York Times, “I think it’s embarrassing for us as a country that immediately following the Covid-19 pandemic we’re getting caught off guard by another pandemic and we’re unable to address it properly.”