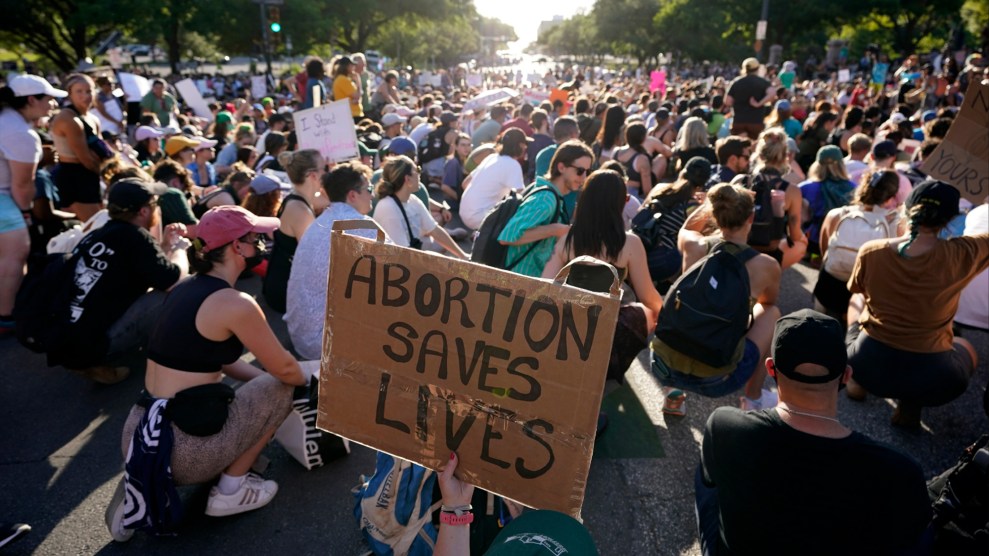 Without the protection of federal guidance, even severe medical emergencies may not qualify patients for abortion ban exceptions.Eric Gay/AP

In May, you would have had to prove you were fewer than six weeks pregnant to get an abortion in Texas. Now, you’d have to be nearly dead, or at the very least at-risk of a life-altering injury. On Tuesday night, a judge blocked the Biden administration from enforcing federal guidance that would require hospitals to provide abortions to patients to resolve medical emergencies such as “ectopic pregnancy, complications from pregnancy loss, or emergent hypertensive disorders.” The guidance was issued last month by the Department of Health and Human Services, which alerted health care providers that it would be enforcing the Emergency Medical Treatment and Active Labor Act (EMTALA) in order to ensure that patients will receive life-saving abortion care nationwide—regardless of narrow and extreme state abortion bans.

The Texas ruling is “wrong, it’s backwards, and women may die as a result.”

On July 14, Attorney General Ken Paxton filed a lawsuit to fight the federal guidance, claiming that it “forces hospitals and doctors to commit crimes and risk their licensure” because the guidance would require abortions in situations where Texas outlaws it. Texas law already provides an exception to its abortion ban in the case of a medical emergency. But Paxton disagreed with the feds on the definition of “medical emergency”: EMTALA requires that an abortion would be necessary if a doctor determines it would stabilize a condition that “is likely…to become emergent without stabilizing treatment,” while Texas law only allows abortions in cases where the condition is already present. In other words, Texas requires patients to be actively experiencing a serious medical emergency in order to receive an abortion, whereas federal guidance requires doctors to perform necessary care before patients are put in a life-threatening situation.

In recent months, Mother Jones has reported on how requiring doctors to wait for situations to be such serious emergencies impacts patients. My colleague Madison Pauly wrote:

A recent study in the American Journal of Obstetrics and Gynecology looked at Texas patients less than 22 weeks pregnant who came to emergency rooms with severe preeclampsia, vaginal bleeding, or whose water had broken—but whose fetus still had detectable cardiac activity. Previously, those patients would be given the choice to immediately end their unviable pregnancy. But last fall, after Texas passed a law imposing civil penalties on doctors who perform abortions once fetal cardiac activity is detected, the two hospitals in the study changed their approach: Rather than giving patients the option to induce labor, they waited for the women’s condition to deteriorate. Fifty-seven percent developed severe medical complications, compared to 33 percent of patients with similar symptoms who were able to end their pregnancies in other states.

Meanwhile, Paxton celebrated the Texas ruling on Twitter, calling it a “WIN for mothers, babies & the TX healthcare industry.” White House Press Secretary Karine Jean-Pierre framed it in much less jubilant terms; in a statement about what the ruling might mean for Texans, she wrote: “It’s wrong, it’s backwards, and women may die as a result.”