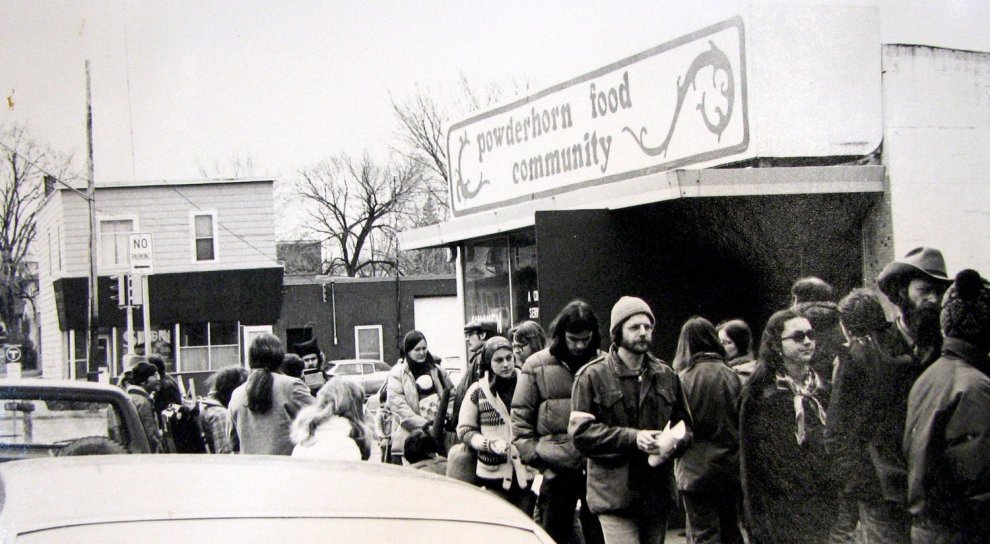 As a college student in San Francisco tasked with feeding myself full-time for the first time in my life, I wondered, “Where are all the natural food co-ops?” Growing up in Minneapolis, I was under the impression that every big city (much less a countercultural foodie mecca like San Francisco) was teeming with organic food cooperative grocery stores. Little did I know, my hometown was the headquarters of the 1970s movement that popularized such shops. Not everyone has a place like the Wedge Community Co-op, where my mother has been a member-owner since the late 1980s, let alone a robust network of similar stores.

Eventually, I moved back to Minneapolis. That’s how, last summer, I ended up talking to an eccentric organic farmer friend who told me about the Co-op Wars. A vicious internecine conflict between Maoist revolutionaries and Hippies, the Co-Op Wars threatened to tear the movement apart just as it was blooming.

The groups—Co-op loyalists on one side and an insurgent faction called the Co-op Organization, or “The CO,” on the other—fought over who would control the upstart natural food co-op movement in the Twin Cities, how the stores should be staffed and managed, and whether they should sell Campbell’s Soup and Wonder Bread. Hardcore radicals wanted to rally the masses or stick to the wheatgerm and mesclun—cutting-edge health food at the time—instead.

It may seem trivial, but this disagreement served as a stand-in for “many of the major issues of the tumultuous 1970s, particularly the connections between radical politics and social class,” notes the scholar Mary Rizzo. It also lead to serious violence. The first shot in the war comes when The CO makes a play to seize the People’s Warehouse distribution center, armed with steel pipes and ready to crack some hippie skull. The warehouse takeover begets a series of simmering conflict, culminating in The CO car-bombing the leader of a rival shop.

I was astonished that I hadn’t heard this story growing up in the city. Luckily, I didn’t have to wait long to learn more. This fall, the filmmakers and former co-op workers Deacon Warner and Erik Esse released their hourlong documentary, The Co-Op Wars, delving into what the author and socialist luminary Barbara Ehrenreich has called the “Twinkie wars.”

In my last freelance assignment before joining Mother Jones, I spoke with the filmmakers for RacketMN, a newly launched, writer-owned online magazine from the editors of the late Minneapolis Alt-Weekly City Pages, if you want to read more.

And if you want to hear war stories from the “veterans” themselves, The Co-Op Wars is available to stream for free on TPT and YouTube. I also appeared on the podcast Pod Damn America, where I spoke with host Anders Lee about the film and my article. If the story piques your interest like it did mine, I’d point to Storefront Revolution: Food Co-ops and the Counterculture, by Craig Cox, and “Revolution in a Can: Food, Class, and Radicalism in the Minneapolis Co-op Wars of the 1970s,” from Eating in Eden: Food and American Utopias, by Rizzo. Additionally, a former member of The CO and current member of the Democratic Socialists of America named Robbie Orr wrote a critical and reflective review of the film that contains advice for organizers and activists today.