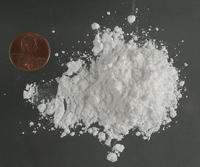 When Barack Obama signed the National Defense Authorization Act last month, he also charged the US Sentencing Commission with the task of reviewing mandatory minimum sentences, the Wall Street Journal reported yesterday. Mandatory minimums have drawn criticism for being overly harsh and even racially unfair in their implementation. In the most contentious example, powder cocaine users (typically white) must be caught with 100 times more cocaine than crack cocaine users (predominantly black) to receive a similar sentence.

The Commission has consistently opposed mandatory minimums since 1991, but Congress has avoided reform because minimums are easy to implement and (ideally) ensure that everyone who commits the same crime does the same time. For example, Patrick Fitzgerald, the star prosecutor in Rod Blagojevich’s corruption scandal, told the Commission (pdf) in September that mandatory minimum sentences “have been a very effective tool in prosecuting particularly violent offenders… Mandatory minimum sentences also has caused some people not to commit such offenses and thus not go to jail at all.”

But Families Against Mandatory Minimums (FAMM) argues that the requirements have not achieved their intended purpose of reducing crime and scaring minor criminals into giving information about the most flagrant offenders in return for lighter sentences. As any self-respecting fan of The Wire knows, those at the bottom of the drug pyramid don’t get details about what goes on up top. So while the drug kingpins have an avenue through which to reduce their sentences, says Jennifer Seltzer-Stitt, FAMM’s federal legislative affairs director, “[minor users] who don’t have anyone to trade get longer sentences.”

So is Congress more likely to listen to the Sentencing Commission now than they have been in the past two decades?

Opponents of mandatory minimums are optimistic that the Obama administration can achieve reform. During the campaign, candidate Obama stated firmly that “mandatory minimums take too much discretion away from judges.” And although the Department of Justice typically supports the practice for establishing a level playing field, Attorney General Eric Holder said in June that “not every [sentencing] disparity is an unwelcome one.”

“That’s a sea change from prior administrations,” FAMM’s vice president Mary Price told me. “This is a great time for the Sentencing Commission to step back and give the Department of Justice a full assessment of minimums.”

Mandatory minimums were born out of election-year politics. When University of Maryland basketball star Len Bias died after overdosing on cocaine celebrating his new contract with the Boston Celtics, lawmakers quickly built bipartisan support for stricter drug laws. As FAMM’s Price describes it, the 1986 legislation—which included random quantities and sentencing lengths—passed without committee hearings and after only 30 minutes of floor debate. Resting on that vote, Democrats and Republicans alike could campaign as “anti-drug” and “tough on crime.”

But twenty-five years later, we’re stuck with sentencing requirements developed in haste by Congress that continue to promote social and racial inequality. Stay tuned to see if Congress listens to the Sentencing Commission to develop smarter guidelines for the War on Drugs.