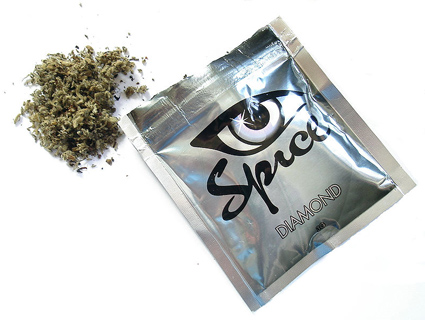 Yesterday, the Substance Abuse and Mental Health Services Administration published a “first-of-its-kind report” finding that synthetic marijuana, commonly sold as “herbal incense” with names like K2 and Spice, was linked to more than 11,400 drug-related hospitalizations in 2010. Sen. Chuck Grassley (R-Iowa), who’d spearheaded a recent bill banning chemicals used to make fake pot, quickly responded to the news with a statement: “This report underscores that a federal ban was right to protect public safety…Still, cynical manufacturers are evading the federal ban by altering chemicals or ignoring the ban altogether. Anyone who might be tempted to try this drug should realize its use can end in tragedy, such as the loss of my constituent, David Rozga.”

Rozga was an 18-year-old Iowan who may have had a history of depression and committed suicide in June 2010 after smoking K2 with his friends. Soon, reports of the dangers of synthetic pot, ranging from nausea to hallucinations and seizures, were all over the local and national news. Later that year, the Drug Enforcement Agency invoked emergency powers to temporarily ban the drug as lawmakers scrambled to outlaw it for good.

“This report confirms that synthetic drugs cause substantial damage to public health and safety in America,” drug czar Gil Kerlikowske, a former Seattle police chief who came into the Obama administration as a reformer, said in a statement about the SAMHSA report. “Make no mistake—the use of synthetic cannabinoids can cause serious, lasting damage, particularly in young people.”

The irony in all this, of course, is that synthetic marijuana only exists because of the federal prohibition on the real stuff. While smoking pot isn’t as benign as many advocates claim, particularly when used by teens, it’s still one of the safest recreational drugs. Synthetic pot, on the other hand, was largely unregulated in 2010 (as its still-legal derivatives still are), and because it only contains synthetic cannabinoids and not THC—the primary part of the cannabis plant that gets you high—it’s good for passing drug tests but provides a worse high with an elevated risk of adverse effects. (The SAMHSA report says there were more than 461,000 emergency room visits in 2010 involving real marijuana. But this is a misleading statistic since it counts a patient’s mention of marijuana use regardless of whether it was a factor in the hospitalization.)

Not that the prohibitionists would ever tout the relative safety of pot over its synthetic counterparts. In 2007, responding to constituents’ letters asking that he support the legalization of marijuana, Sen. Grassley likened pot to rape, genocide, and counterfeit money:

After several thousand years, civilized societies have failed to eliminate murder, rape, or child abuse. Nor have they eliminated organized crime, the manufacture of counterfeit money, or genocide. But no one seriously sees these failures as justification for surrender. Illegal drug use costs society at least as much as any of these social ills. Yet we do not hear any calls to legalize these abuses. Why then should we give up? Should we surrender to the criminals, and legalize marijuana? No. Instead, we should do whatever we can to prevent criminals from gaining the upper hand, do what needs to be done to give our families, our friends, and our neighbors a safe and secure place to live.

Meanwhile, in the past month, recreational marijuana use has been legalized in Colorado and Washington. Medical marijuana is legal in 18 states and Washington, D.C., and 58 percent of voters now support legalization.