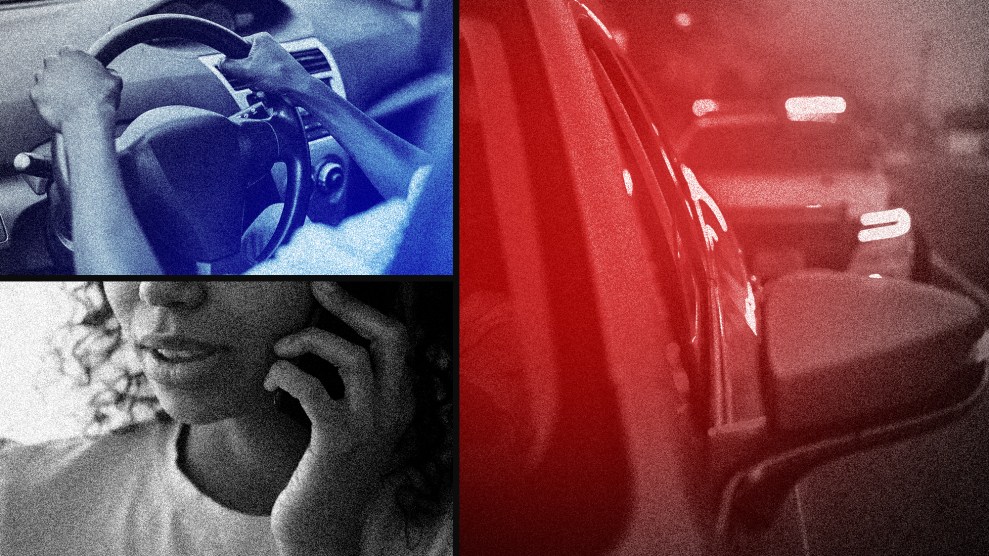 I don’t recall the date, but I know it was before COVID and before the world knew the name George Floyd. I know that I was undisturbed by my brother being out in the world, enjoying an unseasonably warm day. I don’t recall the exact time but there was daylight, here and there. He was in Minneapolis, I was in Los Angeles: two time zones, one sun. What I do recall is how my breath slowed, how I looked around the room in search of something that might assist—or a way to teleport, to arrive at the scene and speak plainly to the officer, to shield my brother from what I knew could easily become an end rather than a pause.

The call began like many others—shooting the shit while he was en route somewhere and I was in thought somewhere else. He was happy, joking about the other drivers and basking in the too-rare pleasure of having had a good day. I faintly heard his environment: late-day traffic and the squeak of his brakes. I assume my space was quiet save for, perhaps, my baby’s squeal or laughter. When he told me that he was being pulled over, all of the density fell from the air. There was no sound, no movement, no distraction, only perfect danger, “the weather” of anti-Blackness in the form of an officer’s approach. Thousands of miles away, I offered what little I had: a calm and clear voice, and an ability to stay on the line in order to be his audio witness.

I closed my eyes, hoping to both heighten my hearing and wish away the encroaching thought of harm that, if realized, would be lived over and over again.

I focused all of my anxious energy into my ears, the tools that as a music scholar I rely on again and again, turning the volume up on the phone to assist in the concentrated, devastating listening that comes with the notice of bad news. The stress of the moment overwhelmed whatever wisdom could have led me to press “record.” Instead I tried to be in the car with him. “Put me on speaker,” I told him as he made his way to the shoulder. “It’s okay. It’ll be okay. Put your hands where they can see them.” I said all of this with full knowledge that my instructions were unlikely to save his life if someone was willing to take it. The words were a script that I could remember and recite if needed as evidence of his cooperation, his docility, his humanity.

I closed my eyes, hoping to both heighten my hearing and wish away the encroaching thought of harm that, if realized, would be lived over and over again, from the assault to the heartbreak to the lies to the devastation to the excuses to the rage of its repetition in cities and towns all over this country. I listened forensically, stripping away collateral noise to focus intensely on the voices that would tell the tale. How many are there? Where is the officer and how far apart are they? My listening became analytical in pursuit of the finest details. Are their pitches too high or too low? Is someone scared? Are the words aggressive or the silence between them too lengthy? Did a radio dispatch come in? A car door open? Please, no: a holster snap?

Some of this, I imagine, was on the mind of Katie Wright, Daunte Wright’s mother, as she listened on the phone during his last moments. She received the call as he was being pulled over by police in Brooklyn Center, just north of Minneapolis. She was prepared to speak to the officer, to offer insurance information, to offer assurance that her son was in good standing as a driver, but she never received that chance. Instead she heard an officer tell Daunte to exit the car and hang up the phone. No more witnesses. And after the phone was dropped or put down she heard “scuffling,” a terrifying cacophony of sounds without source or clear choreography yet burdened with threat. In that indecipherable sound, between her son’s voice and that of an officer telling him not to run, are the details of his death. Buried in that noise is the rationale for their contact, the logic of policing as force, the disregard for life.

The phone line was cut after the officer’s command. This might be the only minor grace of the whole event: that his mother was spared the sound of what Daunte’s companion saw from the passenger seat of the car. That silence, however, is not peace. Heard or not heard, the brutality is world-shattering, just on a slightly different timeline. I cannot fathom that pain. The risk of it was and is enough to stop me cold, to render my chest and heart momentarily hollow.

My brother was physically unharmed on the date that I cannot recall but anticipate will be repeated. This event did not become what we as Black people brace ourselves for when we hear the sounds of the police. I’m grateful. And angry. Angry that I’m grateful that my brother survived a traffic stop. I’m angry that we are forced to live and listen this way; that the terror of policing translates across thousands of miles; angry that, in spite of all evidence, some still believe that policing can be rehabilitated. It cannot. No amount of policy or training is enough to disguise the fact that policing is fundamentally inhumane and universally, though unevenly, disastrous. Even if Black folks drive or walk away, even if we return to our beds for sleep or run another mile, we have lost something, some precious part of ourselves to the designs of the white supremacist state.

Until such time as we’ve collectively established our abolition democracy, we hold the line and our loved ones in order to signal that they are cared for—that we will come looking for them and those who seek to harm them. That is a promise.

Shana L. Redmond is a professor of musicology and the author of two books, most recently Everything Man: The Form and Function of Paul Robeson.