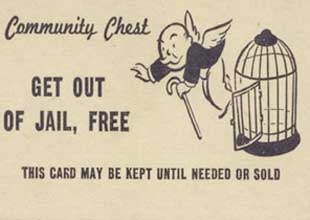 On May 1, less than two weeks after the Deepwater Horizon rig exploded, Louisiana Attorney General Buddy Caldwell announced that he would “ensure that BP and other liable parties take full financial responsibility” for the unfolding disaster. Yet even as Caldwell prepares to go after the oil company for billions in damages, his hands are tied. He says the case could cost as much as $100 million over several years. That’s money his state, which is facing a $320 million budget deficit, not to mention the economic imact of the spill, just doesn’t have.

As any lawyer who advertises on late-night TV could tell you, there’s an easy solution to that problem. Forty-eight states allow their attorneys general to hire private attorneys on a contingency basis. In other words, if outside lawyers help the state win a big civil case, they get a cut of the cash. This tactic can be a win-win for states, particularly when deployed against well-funded adversaries, since it comes with few financial risks and the potential for big rewards. In the 1990s, private attorneys suing tobacco companies on contingency won billions of dollars on behalf of state governments (while pocketing as much as a quarter of the settlements).

But that approach is a non-starter in Louisiana, one of two states that bar their AGs from pursuing contingency lawsuits. (The other is Wisconsin.) Just last week, an effort to greenlight a contingency case against BP failed in the state legislature. So did a proposal to tax the company and another that would have allowed Louisianans to sue it for punitive damages. These bills’ deaths underscores just how much influence the oil and gas industry wields in the state even as it faces the worst environmetal disaster in its history. The contingency bill’s demise “is devastating for the state of Louisiana,” writes Attorney General Caldwell in an email to Mother Jones. He adds that he’ll still prosecute BP as best he can. “We will continue to fight for the state even if all we have is a slingshot and a stone.”

The contingency bill was introduced on the same day that the Deepwater Horizon’s well blew out. After it passed the state senate in early June, it was condemned by the Louisiana Oil and Gas Association, the US Chamber of Commerce, and its local affiliate, the Louisiana Association of Business and Industry—all of which count BP as a member. In a joint email, the Chamber and LABI write that they oppose contingency lawsuits “that can be used as fishing expeditions and harassment tools against business and industry.”

In response to such concerns, Louisiana legislators amended the bill to limit its scope to the the Deepwater Horizon case. They also exlcluded damages to natural resources and capped attorneys fees at $100 million. But the oil and business lobbies wanted an even lower cap, says Senate president Joel Chaisson, a Democrat who represents an area west of New Orleans. According to him, their lobbyists worked with House speaker Jim Tucker and state Rep. Tim Burns, both Republicans, to stall the bill until the legislature adjourned for the summer last week, effectively killing it. Burns says he’d accepted the $100 million cap but wanted more time to make sure the bill prevented conflicts of interest in how private attorneys would be hired. Tucker did not return a request for comment. “Those lobbyists played far too great a role in this process,” says Chaisson, who blames them for blocking “the most important bill of the session.”

Chaisson says he’s “fairly shocked” that the oil industry was able to defeat the measure, but perhaps he shouldn’t be. According to Louisiana’s lobbying database, the state has 72 oil and gas lobbyists, 25 chemical industry lobbyists, and 43 lobbyists for chambers of commerce and business groups. There are only seven environmental lobbyists (two of whom also lobby for Chevron) and two lobbyists for fishing interests (who are currenty siding with oil interests to oppose the Obama administration’s now-suspended six-month moratorium on deepwater oil and gas drilling). Between 2003 and 2008, oil and gas interests donated $2.2 million to Louisiana political parties and political candidates—more than in any Gulf state besides Texas, where many oil companies are headquartered.

The state’s beleagured environmentalists have long sought to tighten regulations on oil companies, but have been stymied by the industry’s clout as well as the state’s legal pecularities. According to Loyola University New Orleans law professor Dane Ciolino, Louisiana may be the only state in the country that doesn’t allow plaintiffs to sue for punitive damages stemming from pollution. (Or most legal claims, for that matter—punitive damages aren’t recognized under the French codes that underlie Louisiana’s legal system.) A 1982 proposal to tax oil and gas processing was floated by a Republican governor but defeated at the hands of Texaco lobbyist Edwin Edwards, who was between terms as the state’s Democratic governor.

So far, the BP spill has not provided environmentalists with new leverage in Baton Rouge. During their most recent session, Louisiana legislators also considered bills that would have allowed plaintiffs to seek punitive damages for injuries related to “the drilling, equipping, operating, or producing of an oil or gas well” and would have taxed oil processing to fund coastal restoration; both failed. As the legislature adjourned, Darrell Hunt, a lobbyist for the Louisiana Sierra Club, lamented that it had not passed a single bill to tighten controls on oil and gas companies since the spill. “If this situation in the Gulf didn’t change the minds of people and get them to vote for those bills,” Hunt laments, “I don’t know what would.”

Yet Hunt did not lobby for the punitive damages bill, or the tax on oil companies, or the contingency bill. “It would have been counterproductive,” he says. “The Sierra Club is so goddamn weak in Louisiana that any statement of support on those bills would have been just meaningless.” Instead, he spent much of the most recent legislative session fending off a bill, promoted by chemical companies, that would have dismantled Tulane University Law School’s Environmental Law Clinic, which has a long record of suing the state’s anemic environmental regulators to enforce the law.

Nevertheless, Hunt doesn’t believe that Louisiana is bought and paid for by the oil industry. “It’s more complicated than that,” he says. “You know, it’s almost part of our DNA.” Indeed, Hunt is a former lobbyist for Chevron, and he says he doesn’t consider himself a critic of the oil and gas industry. He questions the wisdom of a deepwater drilling ban, suggesting that the federal government could reassess rig safety in no more than two weeks.

Expecting Louisiana to go after the oil industry may be unrealistic, but Hunt says it may yet give its favorite business a mild dose of tough love. “At the end of the day, the state’s approach to the industry will be like that of a parent towards a child who has acted up,” he says. “There will be some reprimands, and maybe some time out, but at the end of the day it’s still our kid.”