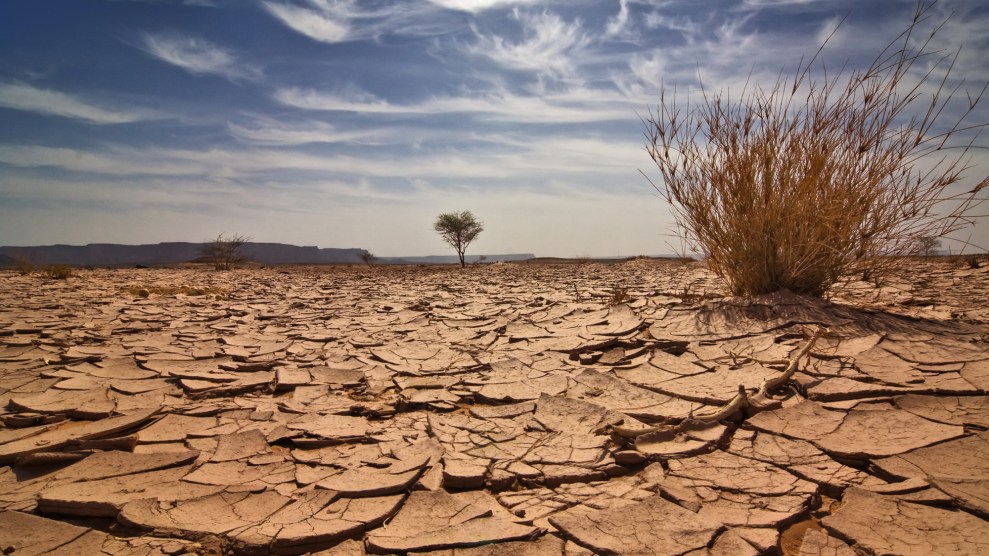 The year the world breaches for the first time the 1.5C global heating limit set by international governments is fast approaching, a new forecast shows.

The probability of one of the next five years surpassing the limit is now 50 percent, scientists led by the UK Met Office found. As recently as 2015, there was zero chance of this happening in the following five years. But this surged to 20 percent in 2020 and 40 percent in 2021. The global average temperature was 1.1C above pre-industrial levels in 2021.

It is also close to certain—93 percent—that by 2026 one year will be the hottest ever recorded, beating 2016, when a natural El Niño climate event supercharged temperatures. It is also near certain that the average temperature of the next five years will be higher than the past five years, as the climate crisis intensifies.

“The 1.5C figure is not some random statistic. It is rather an indicator of the point at which climate impacts will become increasingly harmful for people and indeed the entire planet,” said Prof Petteri Taalas, head of the World Meteorological Organization, which published the new report.

The world’s scientists warned in 2018 that 1.5C of global heating will bring severe impacts to billions of people.

Natural climate cycles can nudge global temperatures up or down. But the Paris Agreement requires nations to hold the underlying rise, driven by human activities, to well below 2C, as well as pursuing efforts to limit the increase to 1.5C. The world’s scientists warned in 2018 that 1.5C of global heating will bring severe impacts to billions of people.

“A single year of exceedance above 1.5C does not mean we have breached the iconic threshold of the Paris Agreement, but it does reveal that we are edging ever closer to a situation where 1.5C could be exceeded for an extended period,” said Dr Leon Hermanson, at the Met Office.

“The possibility of surpassing the 1.5C threshold, even if only for a year, is worrying,” said Dr Andrew King, at the University of Melbourne. “Our greenhouse gas emissions are still at near-record highs and until we get emissions down to net zero we’re going to continue to see global warming. Rapid and drastic emissions reductions are needed urgently.”

“To actually exceed the [Paris] target we’d have to be above 1.5C even in a ‘normal’ year” unaffected by natural climate variations, said Prof Steven Sherwood at the University of New South Wales. “But the report reminds us that we are getting uncomfortably close to this target.”

The annual forecast harnesses the best prediction systems from climate centers around the world to produce practical information for decision-makers. It found a higher chance of rain in 2022 compared with the average of the past 30 years in northern Europe, the Sahel, north-east Brazil and Australia, while drier conditions than usual are forecast for south-western Europe and south-western North America.

Prof Taalas also warned of especially rapid heating at the north pole: “Arctic warming is disproportionately high and what happens in the Arctic affects all of us.” The shrinking of sea ice and its knock-on effects have been linked to extreme weather events in Europe, the North America and Asia, including heatwaves, floods, and even snowstorms.

The forecast indicates that the rise in Arctic temperatures will be three times greater than the global average over the next five years.