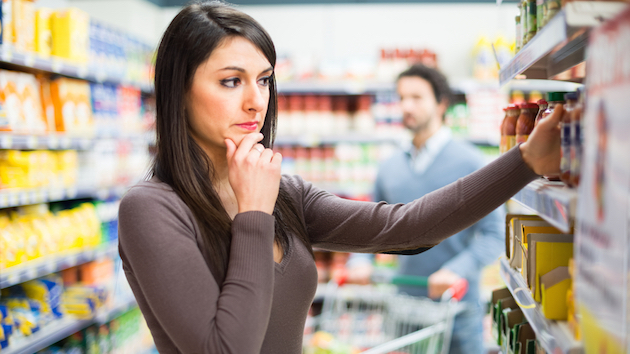 Over the past few weeks, an impending law in tiny Vermont has re-ignited an old fight about whether food containing genetically modified ingredients should be labeled. The debate typically hinges on safety. Are GM foods safe to eat? If so—and most existing ones probably are—then there’s no compelling reason to label them, critics argue.

The spread of GM crops has caused a dramatic uptick in herbicide use on America’s farmland.

But for me, the case for labeling comes down to how GM crops are regulated. The spread of GM crops has caused a dramatic uptick in herbicide use on America’s farmland, and absent strong federal oversight, I think consumers should have a right to decide whether they want to support that system. Recent announcements from two of the main government agencies that oversee GMOs demonstrate just how fragmented and ineffective the regulatory process is.

The first came from the US Department of Agriculture, which is responsible for assessing all new GM products before they can be used on farm fields. Last Wednesday, the USDA approved two new varieties of GM corn, one each from seed-agrichemical giants Monsanto and Syngenta, and both are engineered to withstand multiple herbicides. The news generated very little media stir because the USDA has been green-lighting herbicide-tolerant corn and soybean products since the mid-1990s.

The second announcement came from the Environmental Protection Agency, which doesn’t directly regulate GMOs but is responsible for vetting the environmental impact of pesticides (a category that includes insecticides and herbicides). Every federal department has what’s called an Office of the Inspector General, which exists to make sure the department is doing its job—a kind of internal watchdog. On Friday, the EPA’s Office of the Inspector General announced it had opened an investigation to “assess the EPA’s management and oversight of resistance issues related to herbicide tolerant genetically engineered crops.”

It’s easy to see why the EPA’s internal auditors would be concerned. Corn and soybeans, which are typically grown in rotation with each other, are by far the two biggest US crops, together covering around half of US farmland. Since the mid-’90s Monsanto has been marketing “Roundup Ready” corn and soybeans, which are engineered to withstand its flagship herbicide, glyphosate (Roundup). As the crops spread and farmers treated fields year after year with the same herbicide, weeds evolved to resist it. Farmers responded by both upping the dosage of glyphosate and resorting to older, more toxic herbicides, a process I explained here. The seed-agrichemical industry, in turn, has responded by rolling out new crops that can withstand both glyphosate and those same older herbicides.

Today, upward of 80 percent of US corn, soybean, and cotton acres are planted with crops engineered to withstand herbicides, the USDA reports; and as herbicide use has risen, weeds that can shake off glyphosate have spread rapidly. Between 2010 and 2012 alone, the area of US farmland infected with glyphosate-resistant weeds nearly doubled, from 32.6 million acres to 61.2 million acres, according to the agribusiness consultancy Stratus. (For comparison’s sake, California occupies about 100 million acres of land.)

“Glyphosate was frequently detected in surface waters, rain, and air in areas where it is heavily used,” stated the USGS.

According to the US Geological Survey, the herbicides farmers use to fight these weeds don’t stay on the farm. “Glyphosate was frequently detected in surface waters, rain, and air in areas where it is heavily used,” USGS reported after tests in 2011. “The greatest glyphosate use is in the Mississippi River basin, where most applications are for weed control on genetically-modified corn, soybeans and cotton,” the report added.

Meanwhile, last year, the World Health Organization declared glyphosate a “probable carcinogen,” and 2,4-D—one of those old herbicides now being widely used as glyphosate loses effectiveness—a “possible carcinogen.” And a 2012 paper from Penn State researchers found that the industry’s strategy of just adding new herbicides to the mix—engineering crops to withstand not only glyphosate but also 2,4-d, for example—will likely speed up the resistance problem and trigger yet more herbicide use.

Now, you may wonder why, given the scale of the problem, the USDA would approve two new herbicide-resistant products last week. The problem, as I showed at length in this 2012 piece, is that the USDA vets new GM products on a very narrow basis. The whole problem of resistance and the gusher of herbicides triggered by it does not figure into its decisions. The EPA, meanwhile, doesn’t regulate GMOs per se, just pesticides. So the new herbicide-tolerant crops keep moving through the regulatory system.

So it’s great that the EPA’s Office of the Inspector General is taking a step back and assessing what this fragmented system has wrought. Here are the questions it will ask:

1) What processes and practices, including alternatives, has the EPA provided to delay herbicide resistance? 2) What steps has the EPA taken to determine and validate the accurate risk to human health and the environment for approved pesticides to be used to combat herbicide-resistant weeds? 3) Does the EPA independently collect and assess data on, and mitigate actual occurrences of, herbicide resistance in the field?

It would have been great to have had answers before herbicide-tolerant crops conquered a huge swath of farmland—but better late than never. Meanwhile, if present trends continue, it looks like consumers will soon have a way to know which of their food purchases prop up the GMO-herbicide treadmill.