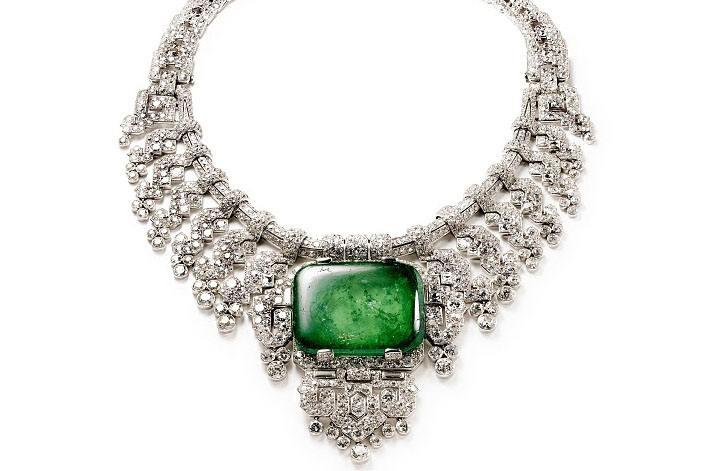 There’s something funny about the inherent excess of hosting a diamond extravaganza while Rome, in a manner of speaking, burns. The arts, however, go on flaunting sparkly objects in spite of Wall Street’s accountability deficit. And so, two Thursdays ago, I woke up as I often do: Dressed in all of my usual pauper’s rags, reruns of The Golden Girls playing on the television, unpaid bills strewn across the pile of shredded newspaper that I sleep on. “Today is a special day,” I thought, wiping sleep from my eyes and unemployment paystubs from my shirt front. “Today I will preview an exhibition of priceless Cartier diamonds.”

Because I’m a cash-strapped reporter, I always take public transportation when attending any kind of diamond jubilee. I find that riding the bus gives me time to think about how I wish I never had to ride the bus again. I boarded one bound for San Francisco’s Legion of Honor and “Cartier and America,” a retrospective of the highfalutin French jeweler’s past one hundred years in the Home of the You-Know-What.

San Francisco socialite and philanthropist Dede Wilsey took to the podium, announcing “Rarely do I go someplace that I covet a great deal of jewelry.” Her theatrical presence and wit brought to mind her stepson Sean Wilsey’s searing memoir Oh the Glory of It All, in which he writes:

Her eyes are brown and sharp, and she’s always fit, though it’s a strange, almost inanimate kind of health, sharp, too—like the health of a knife. It’s difficult to imagine Dede sick or aged. Inside her I imagine wheels and racks and cogs covered in pink-and-green chintz, with lipstick-stained lapdogs making it all turn.

Personally, I found her a welcome contrast to my own inelegant indigence, and passed out with delight when she concluded by saying “There’s absolutely nothing that enhances a woman like diamonds… when you’re tired.”

After a reporter from France Today revived me with smelling salts, a soigné Cartier representative named Pierre appeared, joined by the museum’s curator of European decorative arts, to lead us on a diamond-related vision quest that, for me, quickly devolved into a psychedelic, associative pop cultural fantasia.

The first gewgaw on display was a “Mystery Clock” modeled after a shinto gate. These clocks, with platinum-and-diamond hands that appeared to float around the dial, became to Cartier what the egg became to Faberge. This one had been made for Ganna Walska, a terrible opera singer who inspired the shrill character of Susan Alexander in Orson Welles’ Citizen Kane.

Next came two stunning rock crystal bracelets acquired by Gloria Swanson and worn by her in Sunset Boulevard.

After that we discussed the gargantuan rock that drunken Welshman Richard Burton bought for sacred monster Elizabeth Taylor in 1969. Blinded by its preposterousness, I recalled, in my distress, the indecipherable thirty-second commercial for “White Diamonds.” And who could forget the legend in question acting wilder than a peach orchard boar in Who’s Afraid of Virginia Woolf?

Heiresses, screen icons, eye-popping ice: The decorative arts, if you look very closely, relate to the prevailing cultural myths of their time. That “Cartier and America” chooses to sidestep the recession obsession of the moment may feel incongruous if, like me, you don’t own any mid-20th century diamond suites and recently spent a year and a half on unemployment after being laid off. Even still, I will always prefer museum exhibitions of inappropriately expensive art objects to overdraft fees, threadbare clothing, and letters from the IRS asking for back taxes owed from the 2007 fiscal year. Who would want to look at those things when you could look at diamonds?